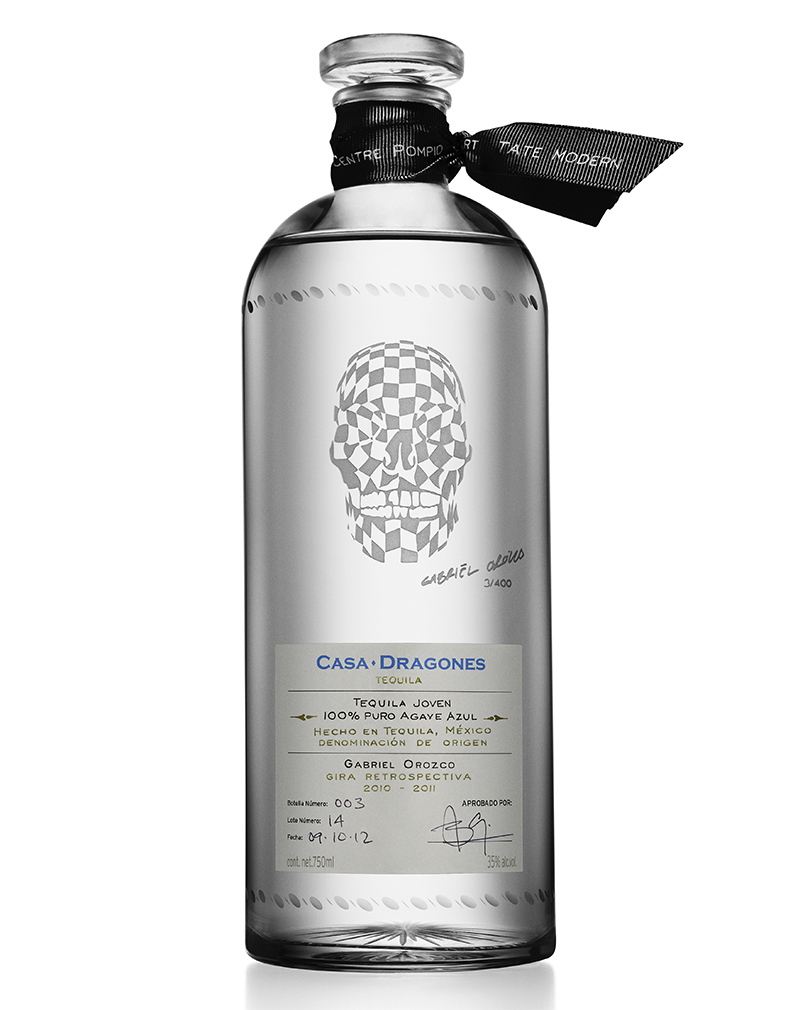 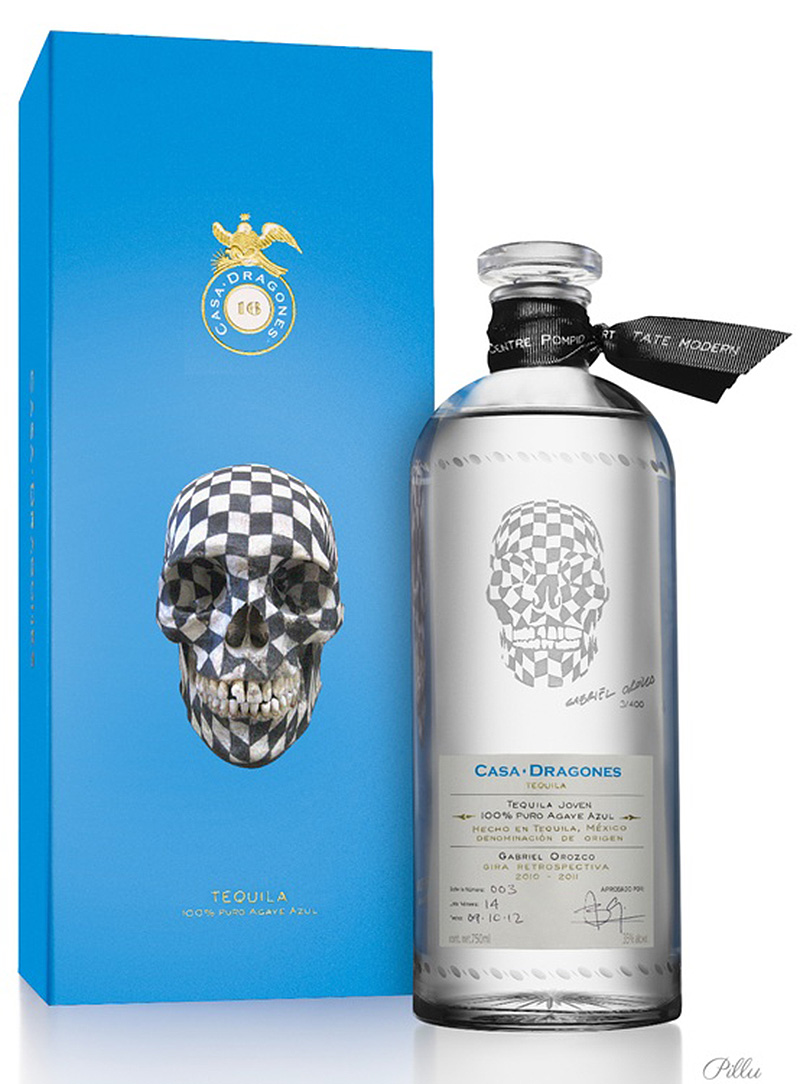 Casa Dragones Tequila and renowned artist Gabriel Orozco have collaborated on a limited edition bottle in honor of his mid career retrospective. Casa Dragones Tequila accompanied Orozco on his retrospective tour held in four leading museums throughout 2011, from MoMA in New York City, Kunstmuseum in Basel, Switzerland, Tate Modern in London, to Centre Pompidou in Paris.

“Our collaboration with Gabriel Orozco marks an extremely exciting moment for Casa Dragones as we celebrate Mexican contemporary art and Mexican craftsmanship with the world.” Says Bertha González Nieves, Co-Founder and CEO of Casa Dragones Tequila.

Each crystal bottle is engraved with Gabriel Orozco’s Black Kites motif, based on one of the artist’s most iconic works of art (shown below), and includes Orozco’s signature. 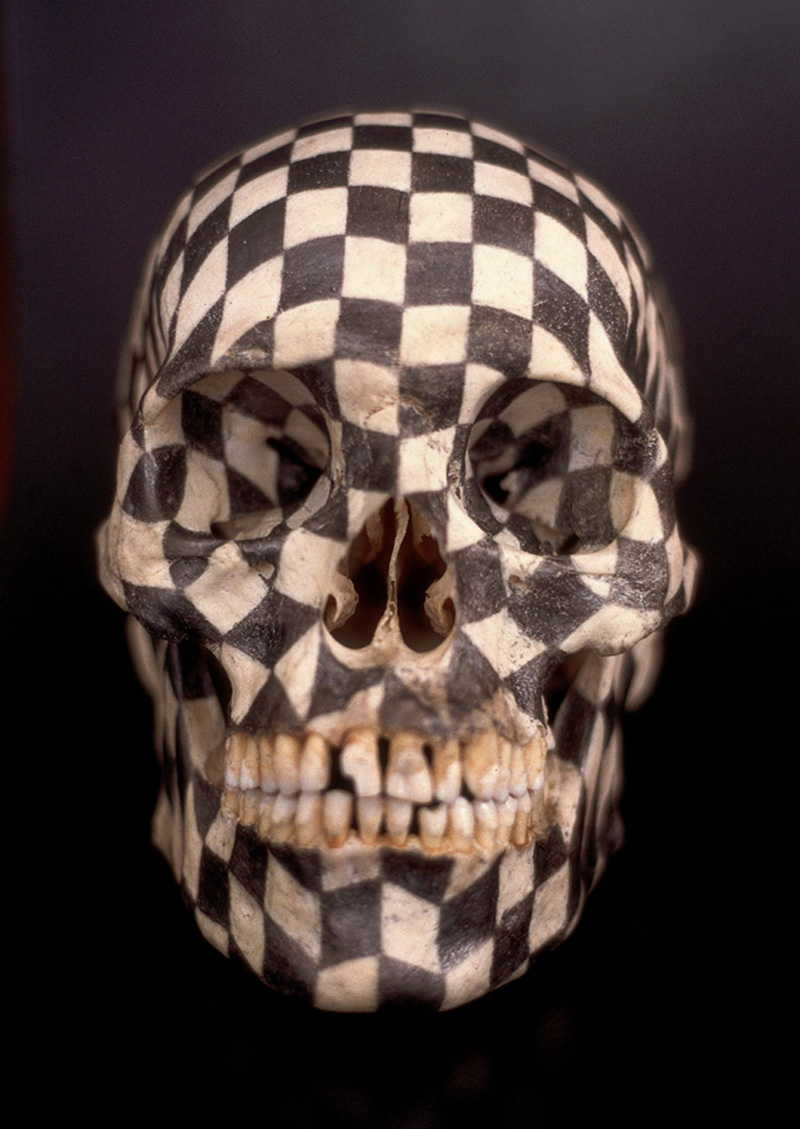 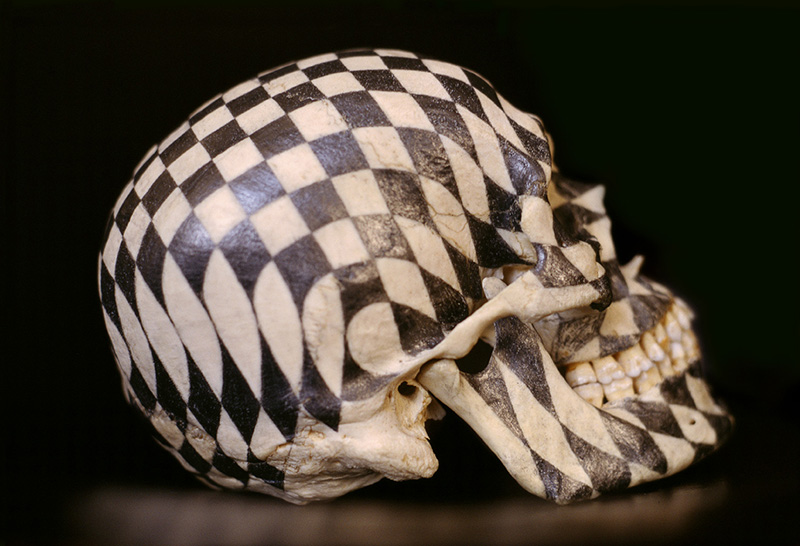 Black Kites by Gabriel Orozco, 1997, is a human skull covered in an intricate graphic checkerboard, representing the two sides of life that are constantly at odds; the grid represents rationality and the skull represents uncertainty. 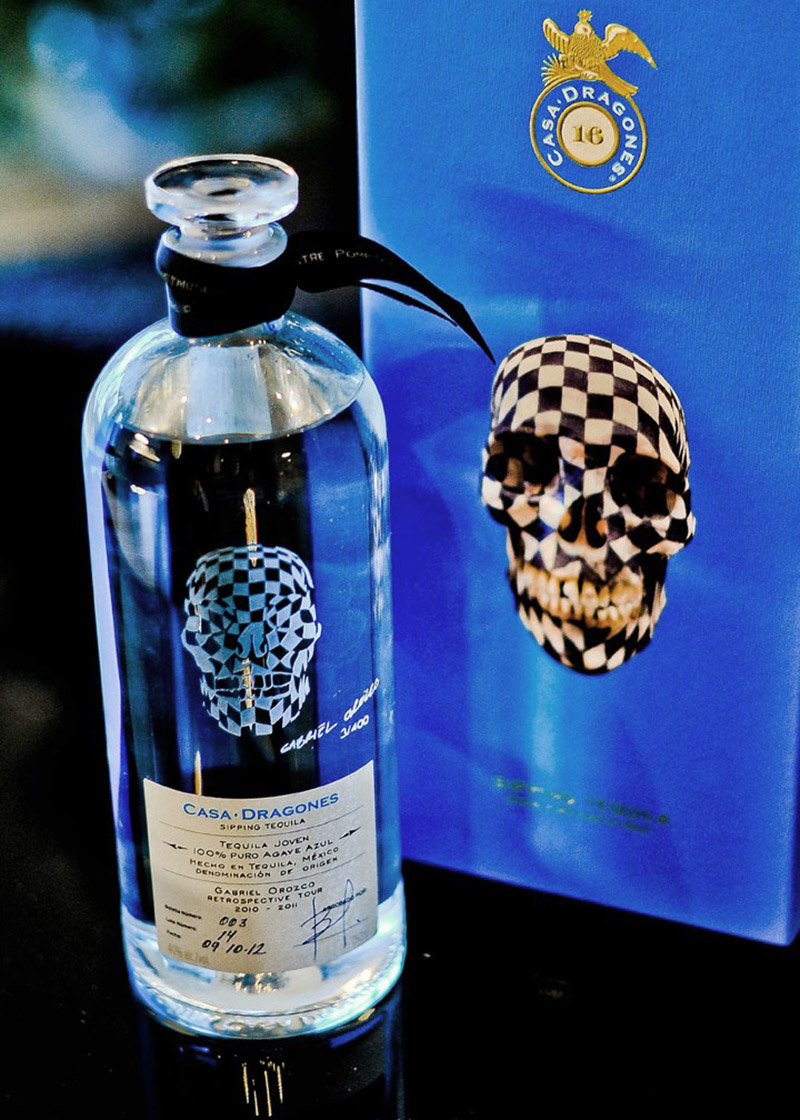 Handcrafted with meticulous attention to detail, only 400 limited edition bottles have been produced and each is signed, numbered and dated by hand. 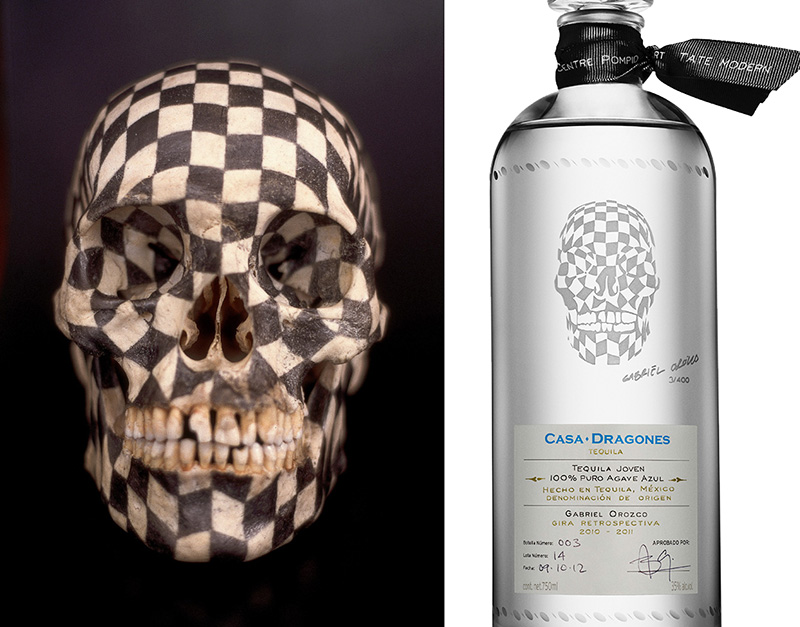 A close-up look at the etched skull on the limited edition bottle: 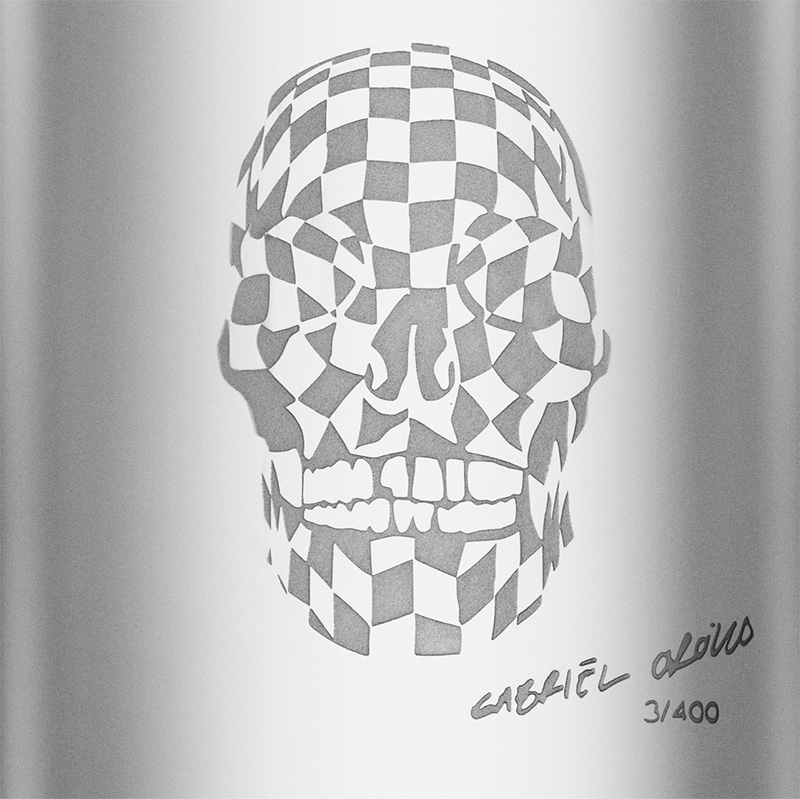 A close-up look at the label on the limited edtion bottle: 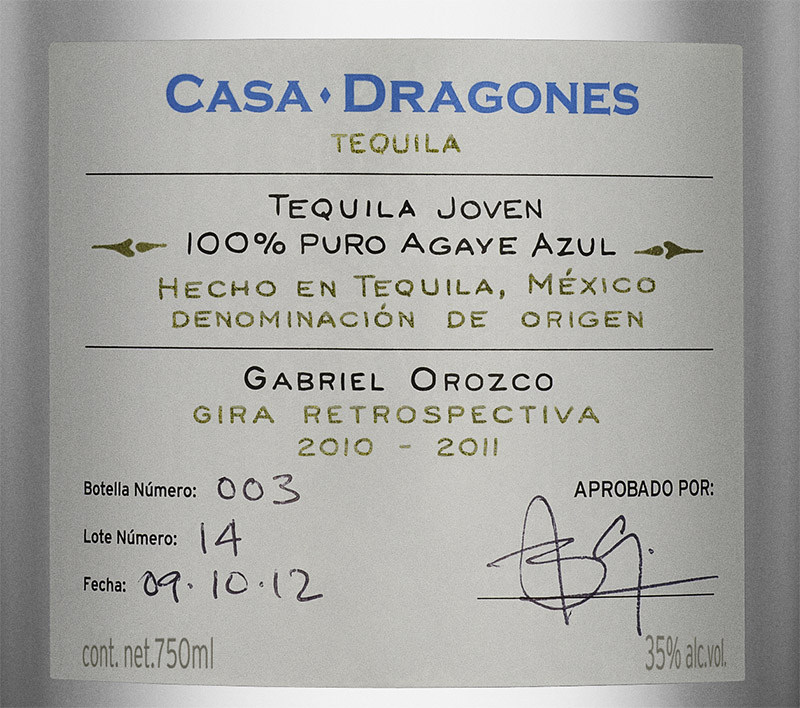 Artist Gabriel Orozco says, “Casa Dragones accompanied me on my tour, and I was very proud to have the finest Mexican tequila with me to celebrate this important time of my life.” 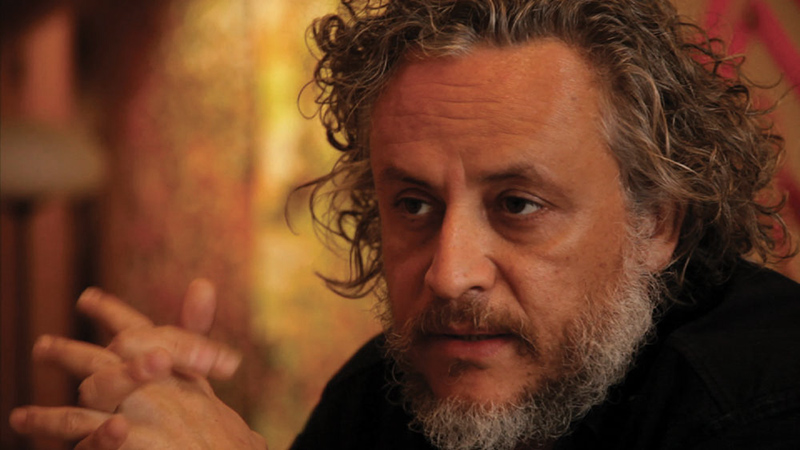 The limited edition bottle will is at select retailers in the United States, Mexico and London for $1,850. For more information, contact Casa Dragones Concierge at 646-330-4678 or concierge@casadragones.com.