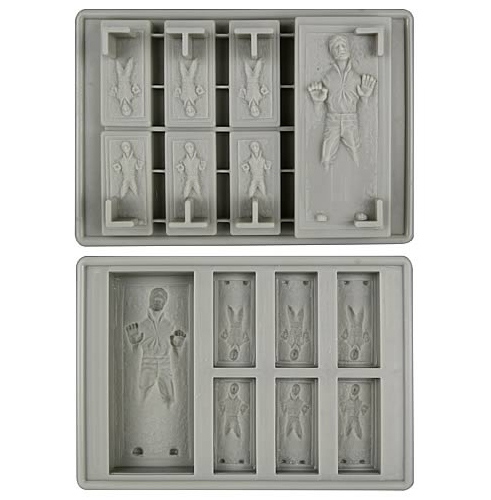 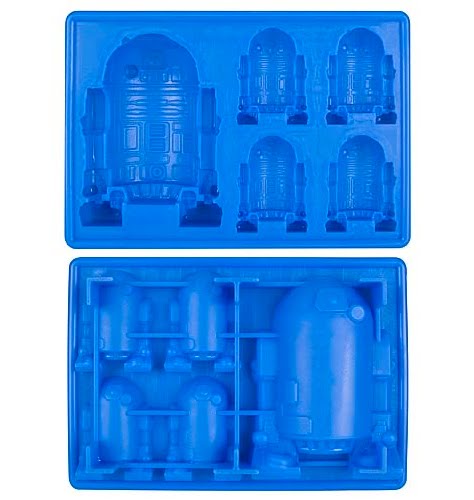 Star Wars fan have buzzed about these for the past couple of months since the news first broke that they'd be available in late 2011. Well, they've finally arrived and are now available for pre-order. The new Star Wars silicon trays can be used as molds for ice cubes, jello, plaster, clay or soap. Star Wars favorites R2D2 and Han Solo trapped in Carbonite.
Only $9.99 each, they will ship later this month.