VW: The Dark Side. Greenpeace Protests Volkswagon by Mocking "The Force" Ad and Pulling A Big PR Stunt in London. 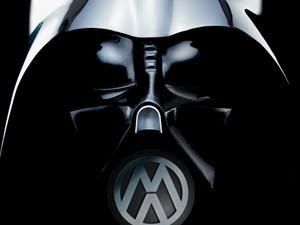 Claiming that Volkswagon, whose charming television ad for the Passat, "The Force", is a fan favorite and award-winner, emits harmful CO2 emissions, Greenpeace of the UK has organized a large PR stunt in protest. 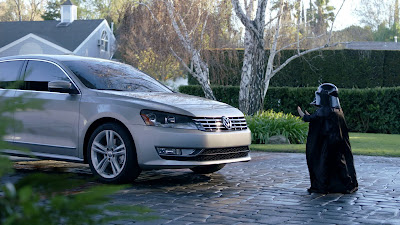 above: a still from the Volkswagon "The Force" by ad agency Deutsch.

According to Greenpeace UK, automotive brand Volkswagon opposes the European climate laws. In its report, 'The Dark Side of Volkswagen', Greenpeace complains that Europe's largest car manufacturer has purposely restricted its most fuel efficient engines to a tiny minority of vehicles, and then drastically increased the price for consumers. 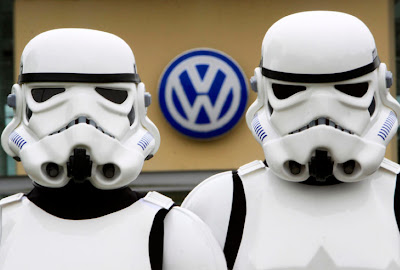 Unfortunately, the memorable and likeable tv ad served as a perfect target for their message "Welcome To The Dark Side."

The original VW The Force Ad from Deutsch:


Greenpeace created their own parody of the popular ad which, because of a LucasFilms copyright violation, has been pulled from YouTube and Vimeo and other articles on the web. However, here it is from EFE of the UK news (with newscaster talking over it, sorry):

VW: The Dark Side ad from Greenpeace: 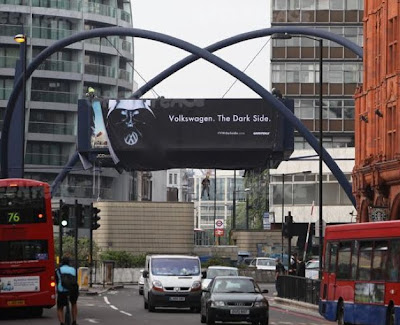 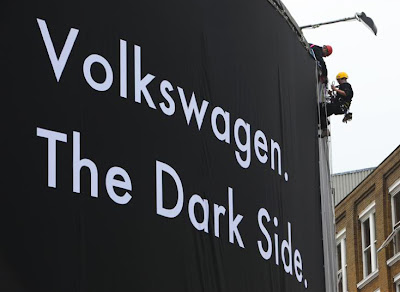 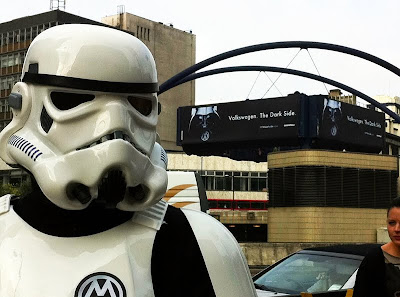 As rush hour approached multiple people dressed as Star Wars stormtroopers began standing on boomboxes in the area, broadcasting the Imperial March music, while volunteers gave out flyers and explained the issues to the public. 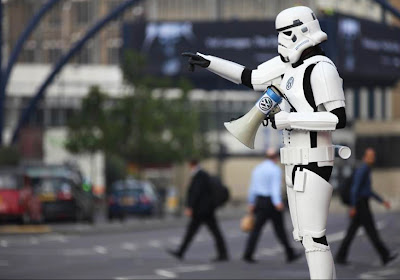 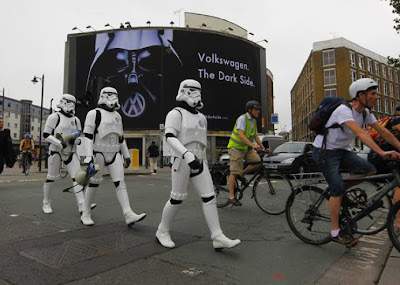 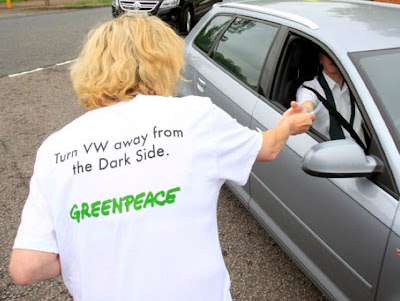 Later the men in white gathered around the Foundry in the heart of Shoreditch as a second banner unrolled and thousands of people passed en route to work. 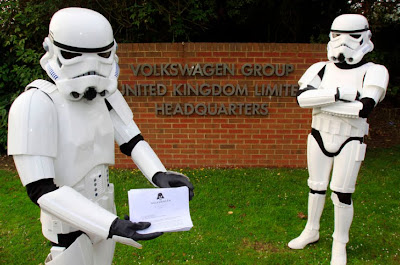 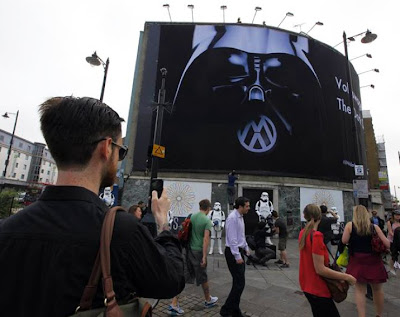 Greenpeace has a site that asks you to "Join The Rebellion" here.

images and info courtesy of Greenpeace UK and the EPA