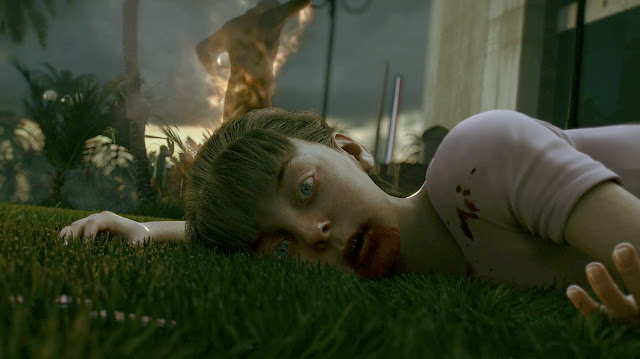 Admittedly I'm up to my severed neck in Zombies, but this trailer [which has an opening shot of the eye of a dead female reminiscent of Hitchcock's Pyscho scene, ] for the upcoming gruesome video game Dead Island has been getting a lot of buzz lately, and deservedly so. Purposely shot backwards and accompanied by a beautiful piece of music, the cgi rendered trailer has been controversial for its blood and gore, but it's so compelling, one has to commend it for its production quality and undeniable appeal.

The trailer, released on youtube last week has already garnered almost 2 million views and has spawned a recut of the original by various people. Below it is shown in reverse- which would be forwards, with the music reversed on the same slow speed.

And Geekologie has shown it re-cut at normal speed with another piece of music ["Breathe Me" by Sia] by Aaron R. and Jon B. of Harcos Labs:

The game combines first-person action with a heavy focus on melee combat, character development and customization of a vast array of weapons. All of these gameplay features are presented in a dark story inspired by classic zombie movies with a gritty and engrossing campaign that can be played with up to 4 players in co-op mode.

Here are some stills from the not yet released game which takes place on the fictional resort paradise, Banoi Island: 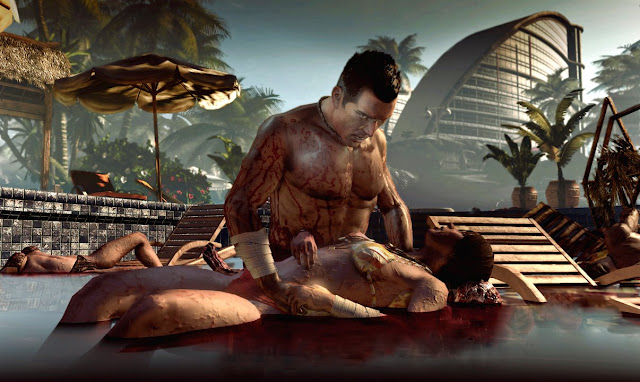 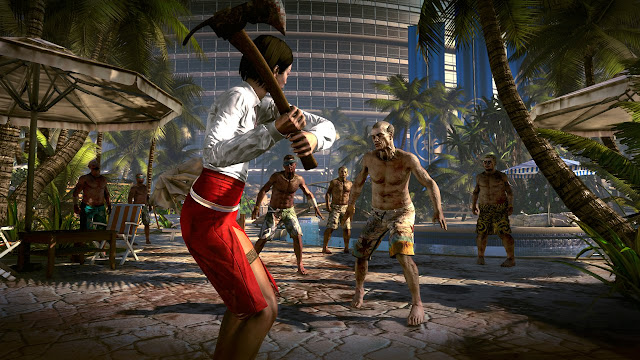 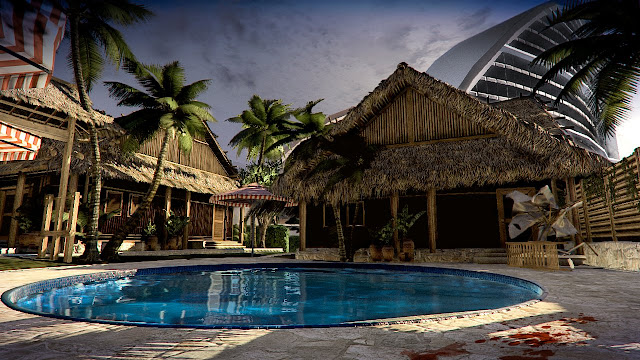 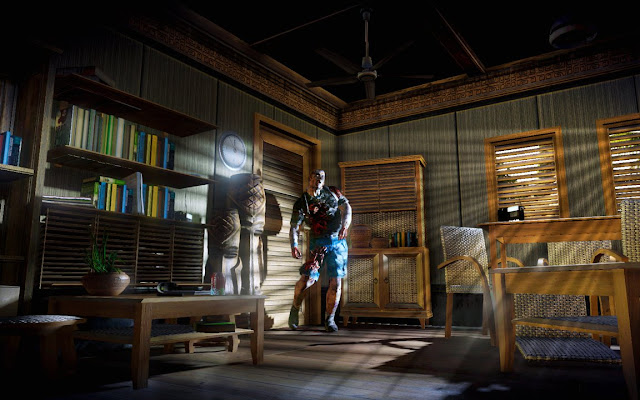 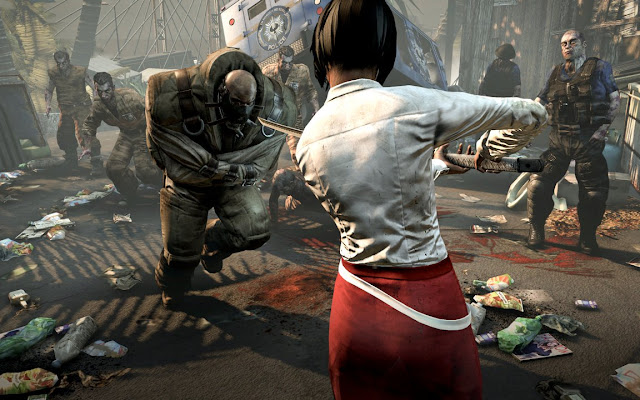 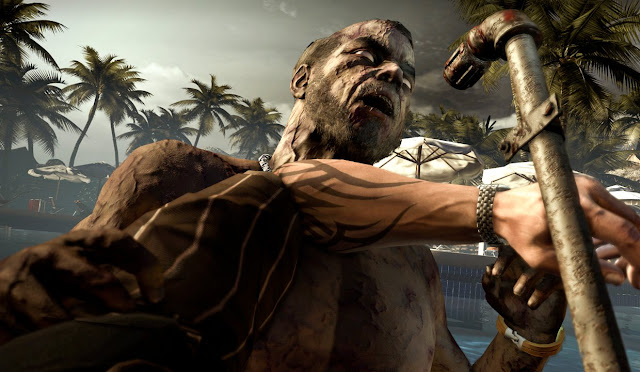 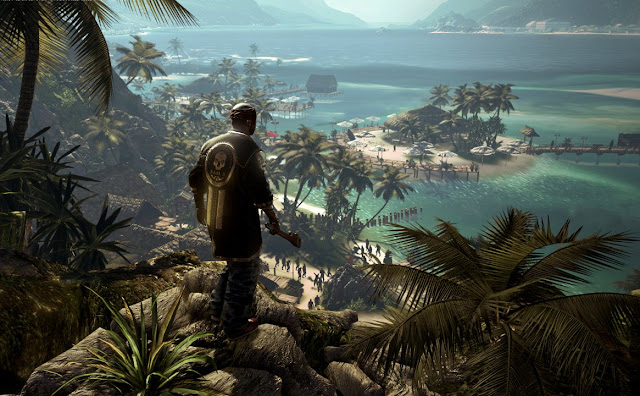 The game is due out later this year.

You can see the original trailer as an mp4 at the official site, nice and huge here.