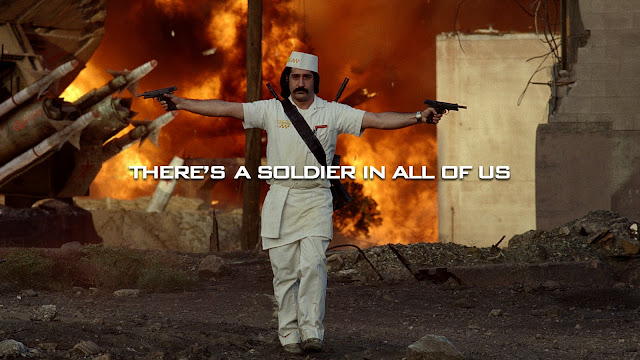 The latest 60 second spot (shown after the stills in this post) for Activision's soon to be released Call of Duty: Black Ops

video game, conceived of by TBWA Chiat Day and directed by Rupert Sanders, makes even me want to pick up a gun - or at least a game controller - and I'm about as far as one gets from a war monger.

Despite your stance on war or video games, one cannot deny the visceral appeal of this commercial. Set to the Rolling Stone's Vietnam-era classic Gimme Shelter, the gamers (a variety which includes, amongst many, a medical technician, a scientist, an electronics store clerk, a hotel concierge, a businessman, Kobe Bryant, Jimmy Kimmel and not one, but three women - even a Birkenstock wearing Granola) find themselves so immersed in the experience, they appear engaged in real life combat. To present a video game as so life-like that the players appear in the virtual world may not be a new concept or idea, but in this case, it is beautifully executed. 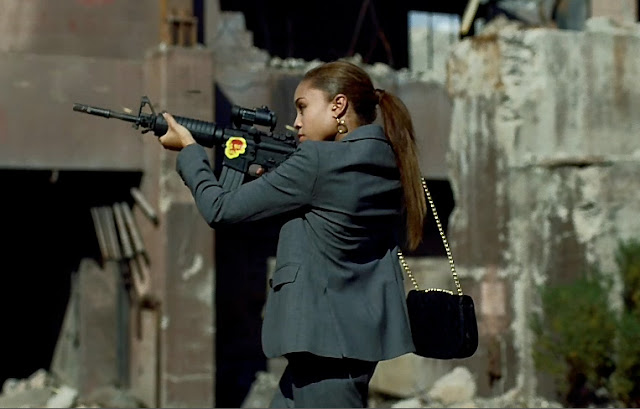 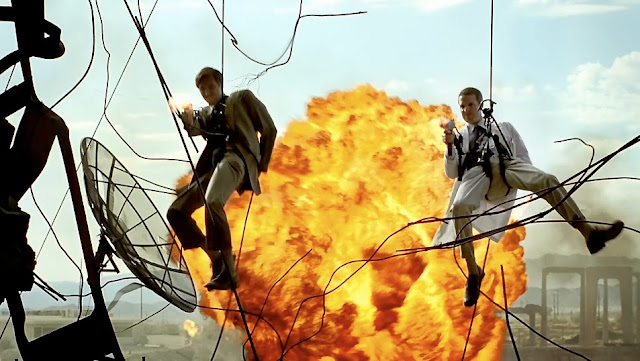 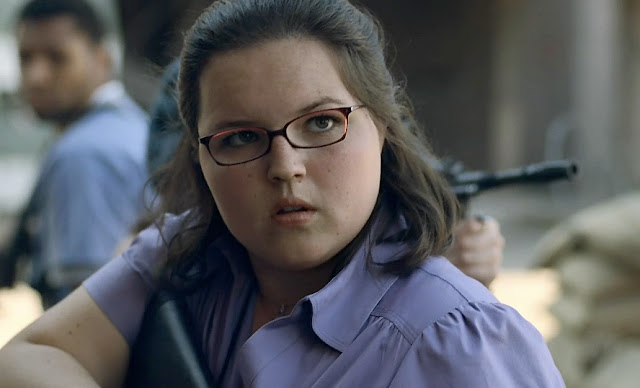 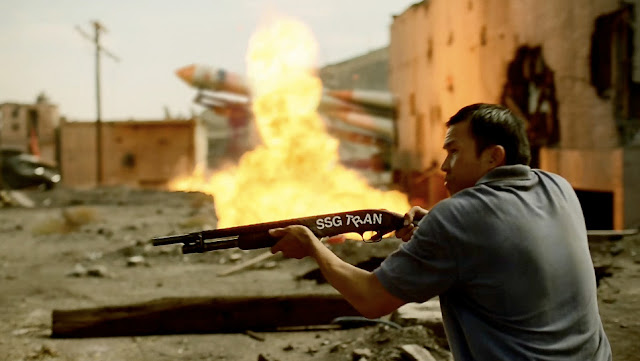 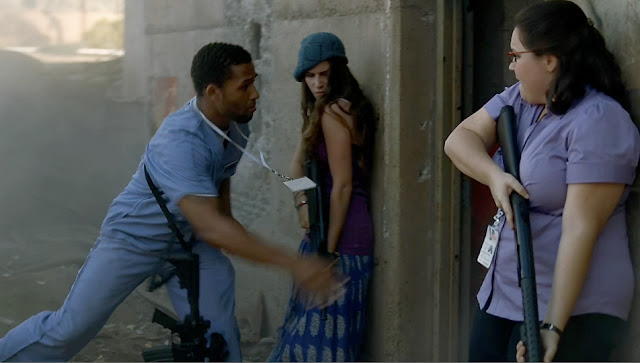 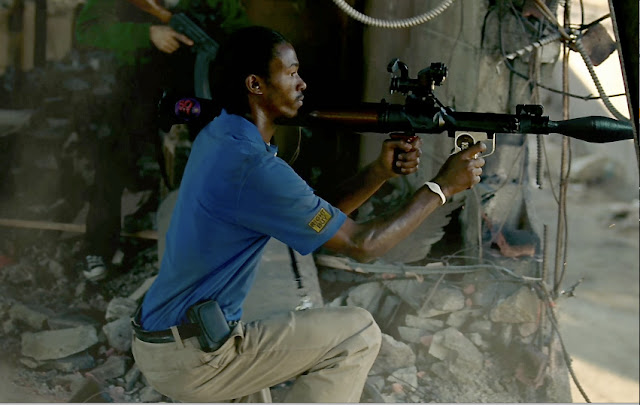 The everyday folk - and avid gamer celebs Kobe Bryant and Jimmy Kimmel who make appearances in the spot - are adeptly brandishing weapons while donning their civilian garb (love the Chanel shoulder bag), amongst the thunder of helicopters and flying shrapnel. 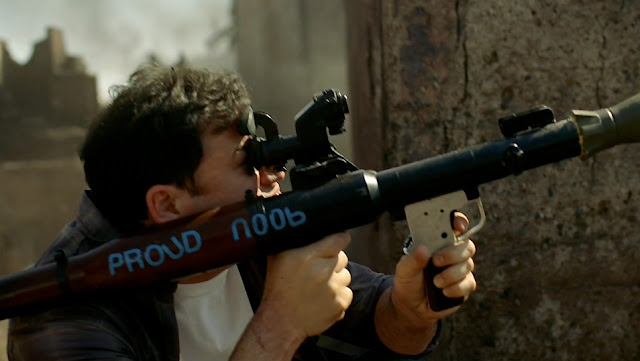 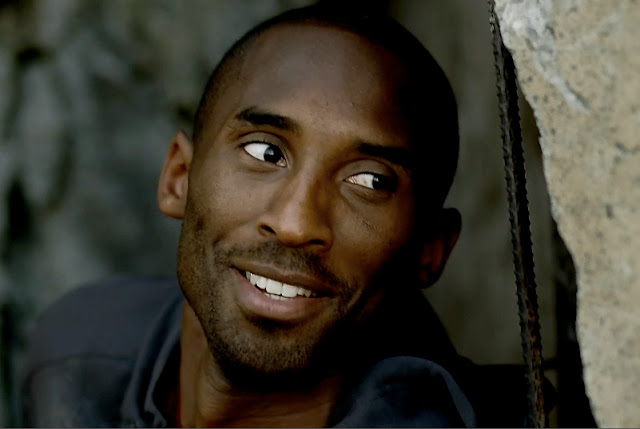 There's only one word of dialogue uttered in the whole script... when the hotel concierge, Vic, stops to answer his phone and identify himself while in the midst of combat. 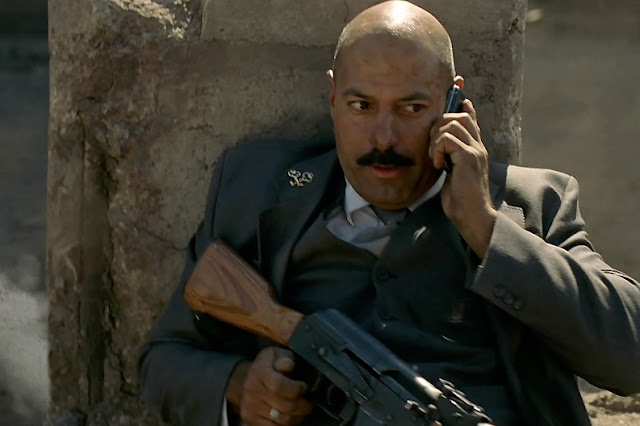 And the final shot of a fast food cook with guns a-blazin' is the Creme de la Combat. 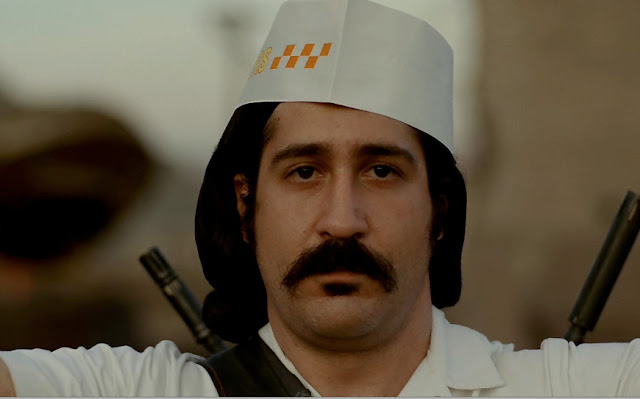 God damn, they were right when they said "There's A Soldier In All Of Us" and I didn't even know it. Now where's my Bazooka?

Activision is an American video game developer and publisher, with well known titles such as the Tony Hawk series, and the Guitar Hero franchise.