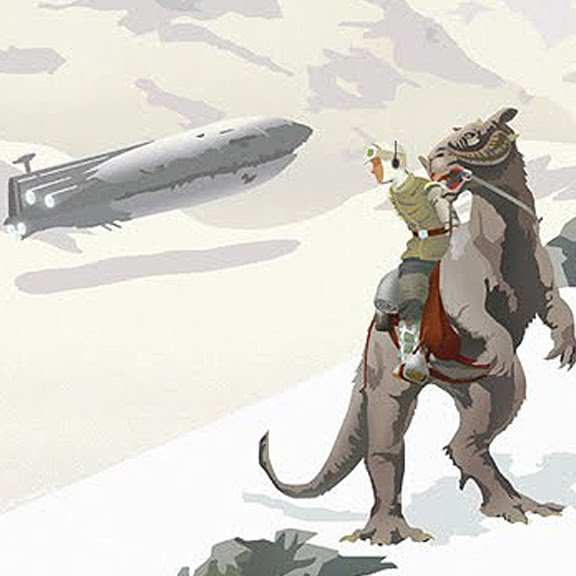 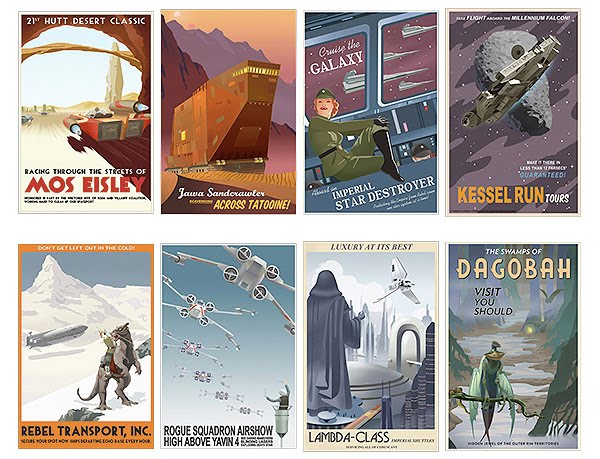 If you're a fan of vintage travel posters and George Lucas' Star Wars movies, like illustrator Steve Thomas, these Star Wars Travel Posters will quickly become amongst your favorites. Illustrated in the style of mid- 20th century travel posters, they advertise the merits of Star Wars planets, places and transportation. 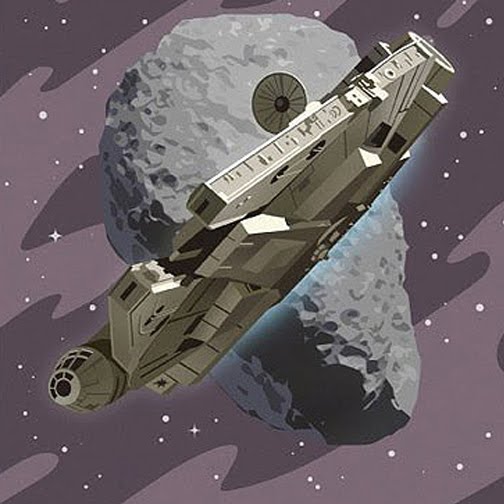 above: detail of the Millenium Falcon from one of the posters

Although he created these a few years ago, they were recently brought to my attention by Dvice. They have yet to be produced, but he's working on it. 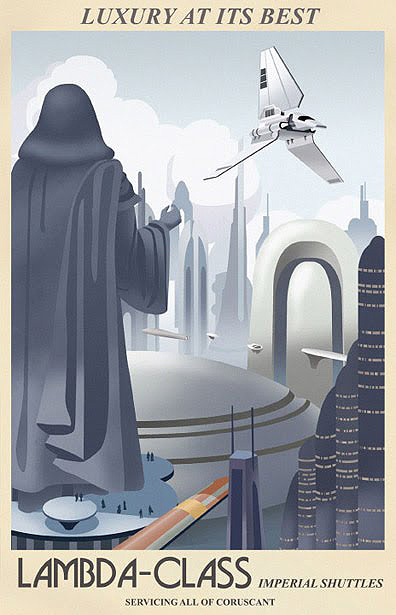 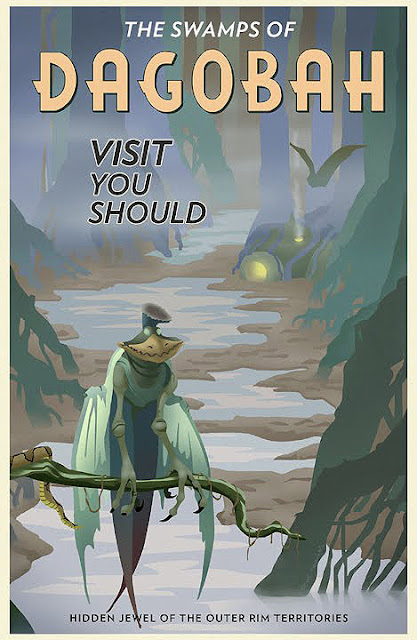 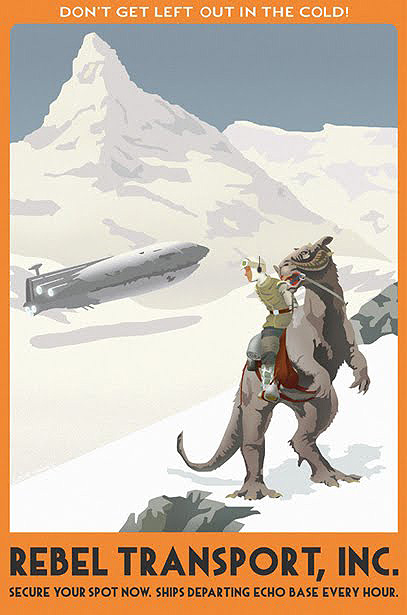 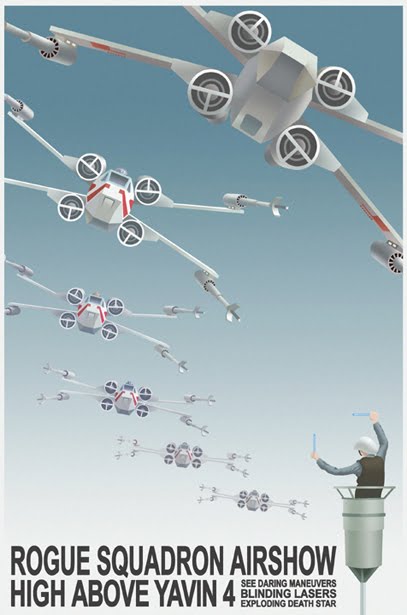 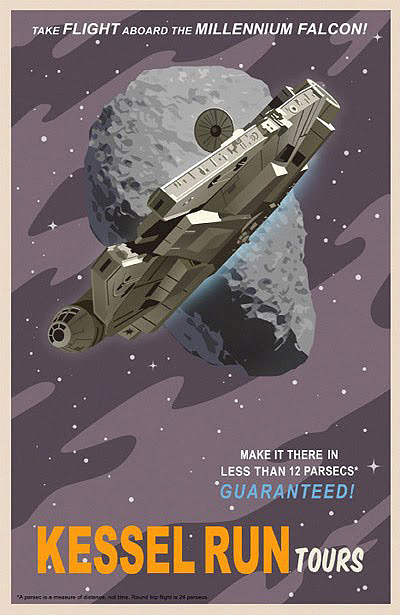 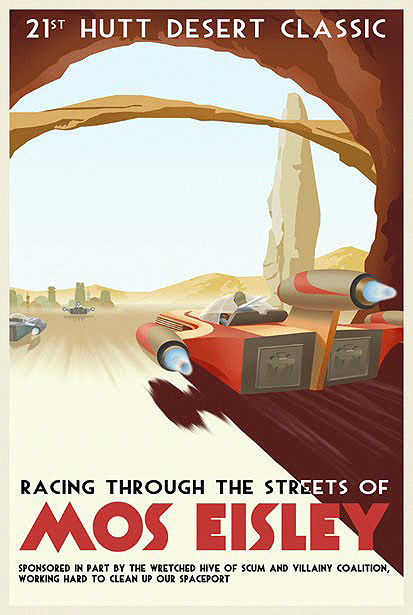 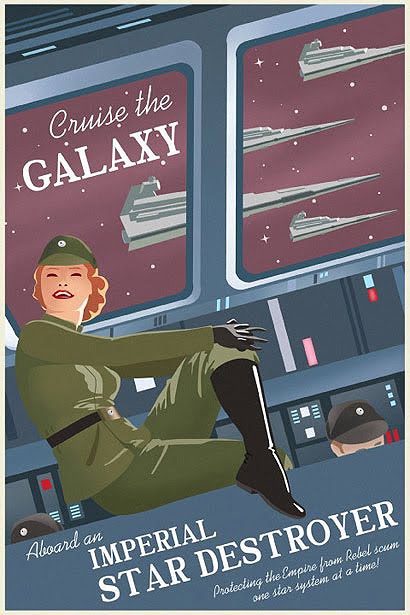 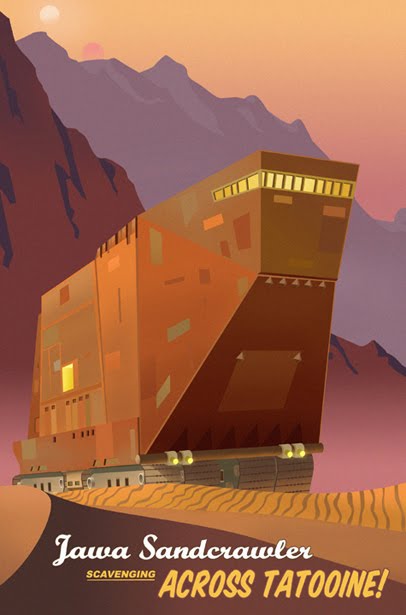 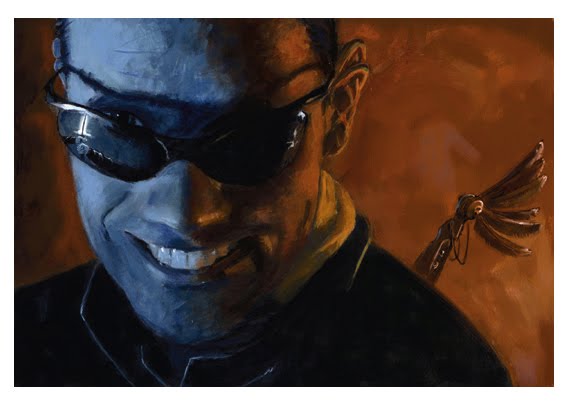 Steve Thomas has been working for newspapers churning out graphics and illustrations for more than 10 years. When not at his day job, he tries to come up with new and interesting ideas for illustrations. His love for vintage poster, propaganda and product art from the early 20th century and an interest in retro-futuristic art from the mid-20th has led him to create some great poster art, many of which you can see in his online portfolio or purchase on Zazzle.

Be sure to check out his Zazzle store, in which he sells many of his beautifully illustrated posters along with other items.