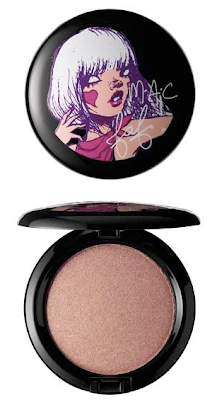 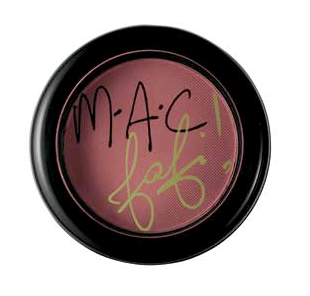 In the US we are all aware of M•A•C Cosmetics. Highly publicized has been their latest collaboration, a line of make up products, scarves, t-shirts, dolls and makeup cases by French artist Fafi. 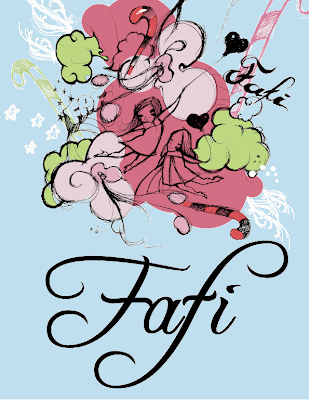 But who the heck is Fafi? 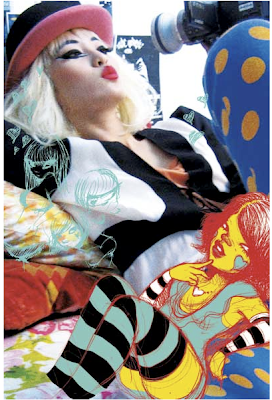 Above: french artist Fafi and below, her profile from her own site:

Born and raised in Toulouse France, Fafi's strong presence in the graffiti and fine arts scene was first witnessed on her hometown walls in 1994. Back then, as she was painting and hustling, her sexy, funny, and sometimes aggressive girl characters made the whole world look and help kick-start a whole new graphic language; by exploring feminity through stereotypes,and using it to her advantage, she drew enormous attention and thus started to travel the world with thousands of Fafinettes in her brushes and paint cans. Europe, USA, Japan, Hong-Kong, the planet is a playground. And it's only started.

Soon enough Sony would ask her to design a six-character toy set for the Time Capsules collection, an almost natural move for her three-dimensional measures. Other successful figurines would follow, as well as numerous expositions and collaborations with Colette, Adidas, LeSportSac, Coca-Cola and countless press stories in the most prestigious magazines (ie. Vogue, Elle, The Face, XLR8R, Yen etc...).

The animation world started to eyeblink her vision in Mark Ronson video featuring a Fafi-ed Lily Allen. Her multi-faceted work was all documented in her books GIRLS ROCK (2003) and LOVE AND FAFINESS 2006), both being also succesful prints in museum libraries and selected shops.

As for 2007, Fafi entered a new phase. Having become a mother and moving to Paris made her introduce a new depth to her creations. Now not only the Fafinettes are fly girls, they also run a whole universe of creatures, homes and vehicles. It's called The Carmine Vault. It's a dreamy and peculiar place.

Not only are the products' packaging fun to look at and like little art collectibles, but the colors are nice and springlike without being too bold.
See many of them below. 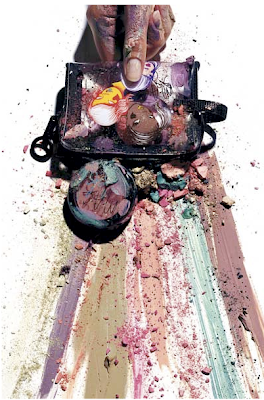 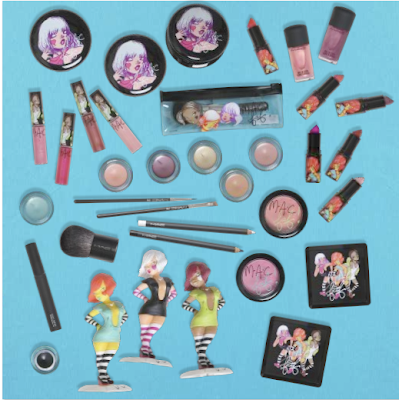 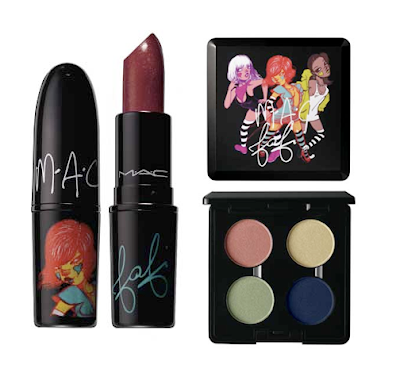 Highly sought after in particular seem to be her little figurines, Eriko, Monoka and Ermine, which sell for 9$ a piece: 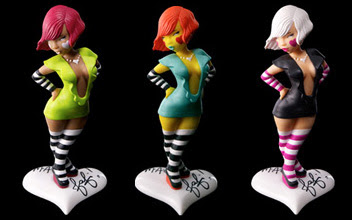 The M•A•C FAFI microsite is not only filled with the whimsical product line but is a delight to click through, with lots of multimedia and interactive fun: 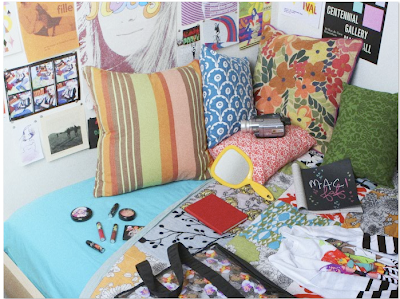 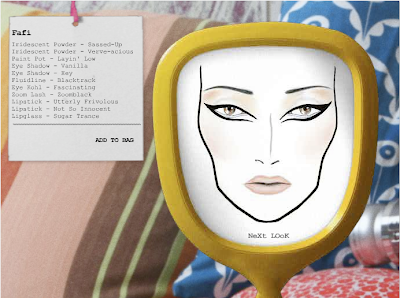 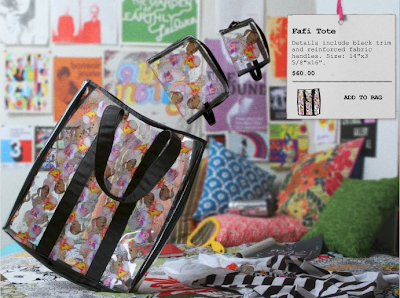 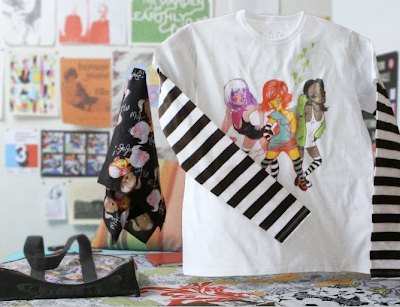 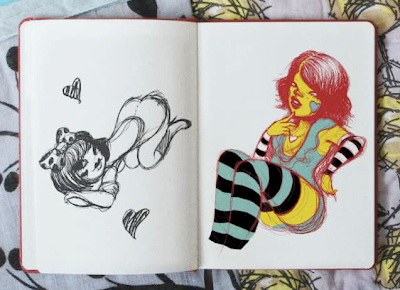 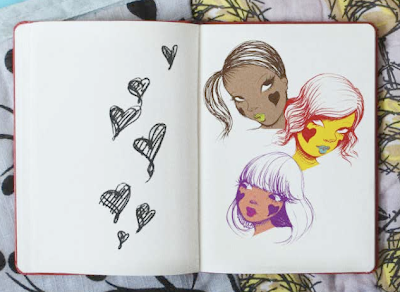 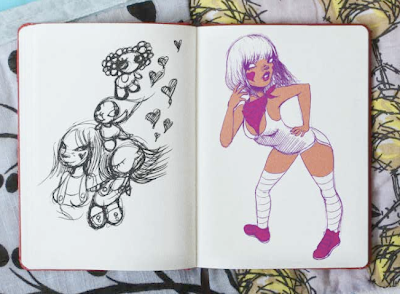 Read an interview with the MAC creative director about the collaboration here.