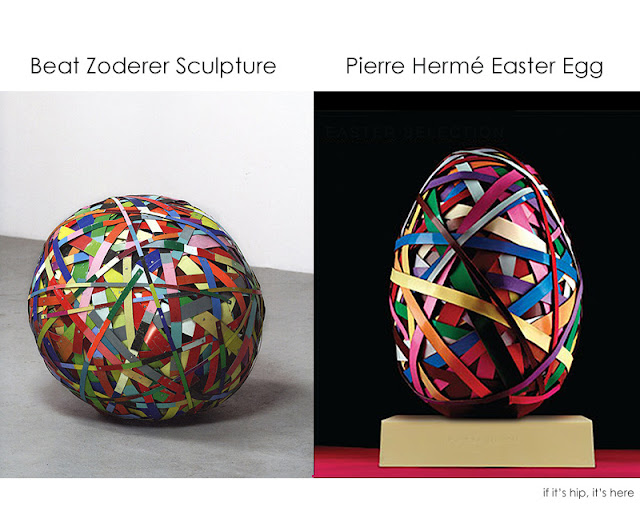 Swiss Artist Beat Zoderer is best known for his multi-banded colored metal sculptures which spherical ones resemble rubber band balls, globes and eggs. When Paris based confectioner Pierre Hermé first encountered Zoderer's work, he admired his paintings before discovering the singular power and grace of his metal sculptures. This led Hermé to the idea of paying tribute to the sculptor by freely taking inspiration from it. 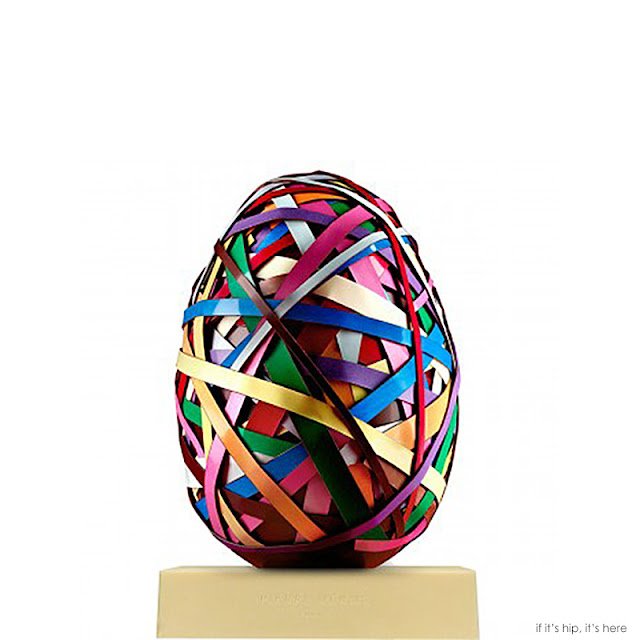 The Chocolate Egg (inset) with one of Zoderer's large installations at the Taubert Contemporary: 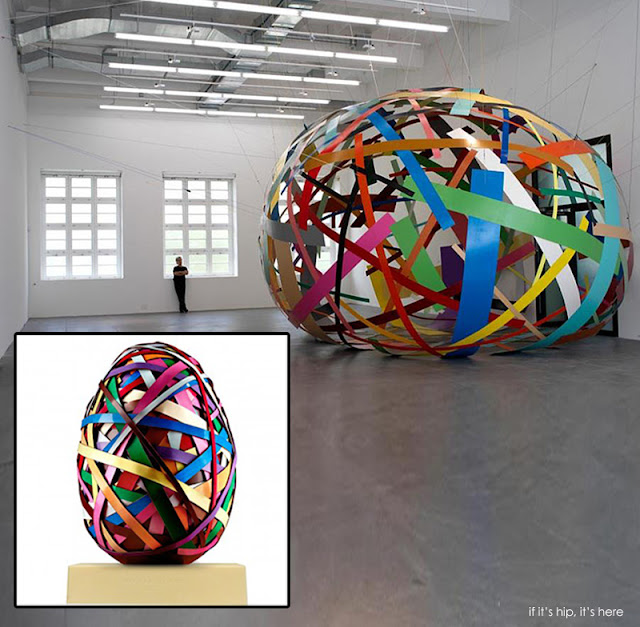 More examples of some of Beat Zoderer's sculptures: 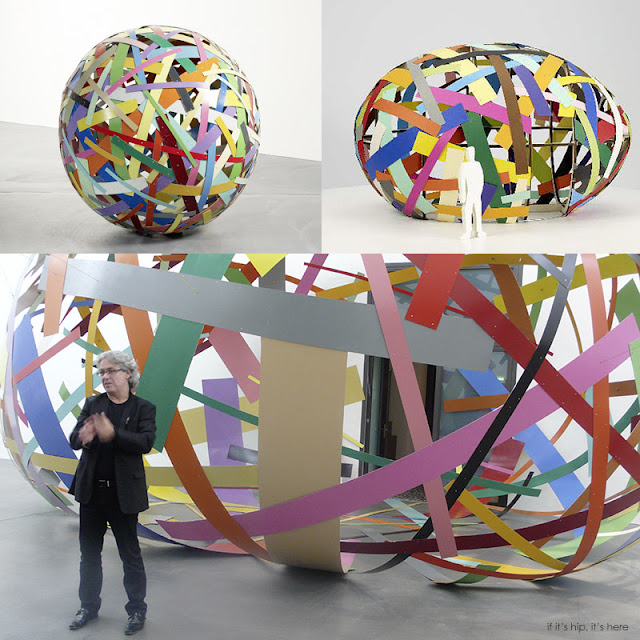 He would create this marvelous Easter egg that not only conveys the fascination and simplicity of a Beat Zoderer sculpture, but serves as a formal exercise in chocolate-making style. Multi-coloured bands of chocolate embrace each other lightly over the shell of an egg with a voluptuous covering of Pure Origine Brésil, Plantation Paineiras dark chocolate with citrus fruit, red berry and spices hints, sustained by chocolate powerful flavours. The edible masterpiece sits upon a pedestal which conceals a secret drawer filled with an assortment of chocolates. 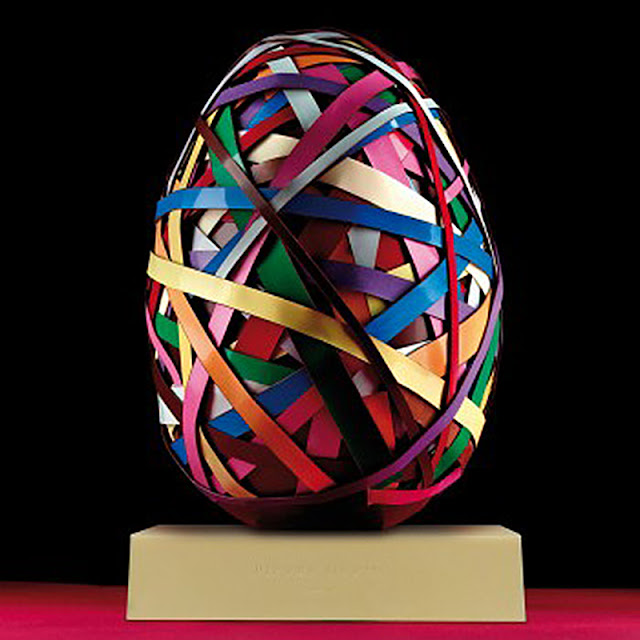 Not available to purchase online, the HOMMAGE À BEAT ZODERER, A creation by Pierre Hermé is in an edition limited to 15 pieces, can be picked up at their boutiques in Paris.

Pierre Hermé offers many beautifully sculpted edible Easter eggs and chocolate, below are a few of their other Easter eggs offered this year. 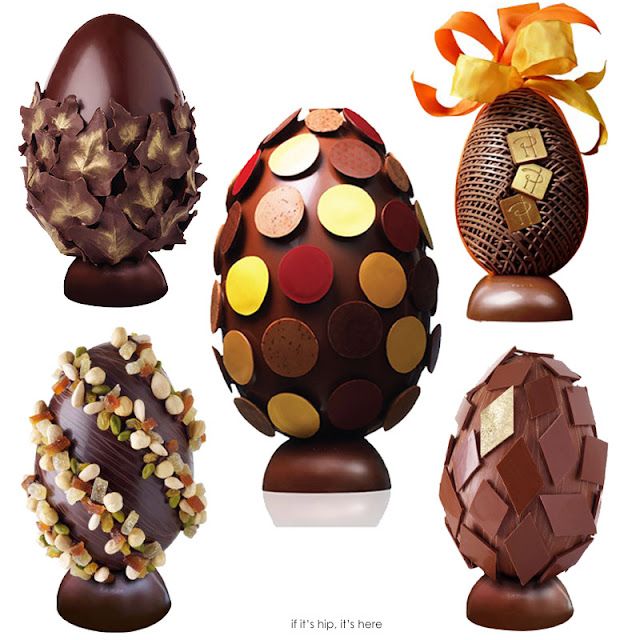