The Hippest Hockey Puck Ever - The Aalto Puck. 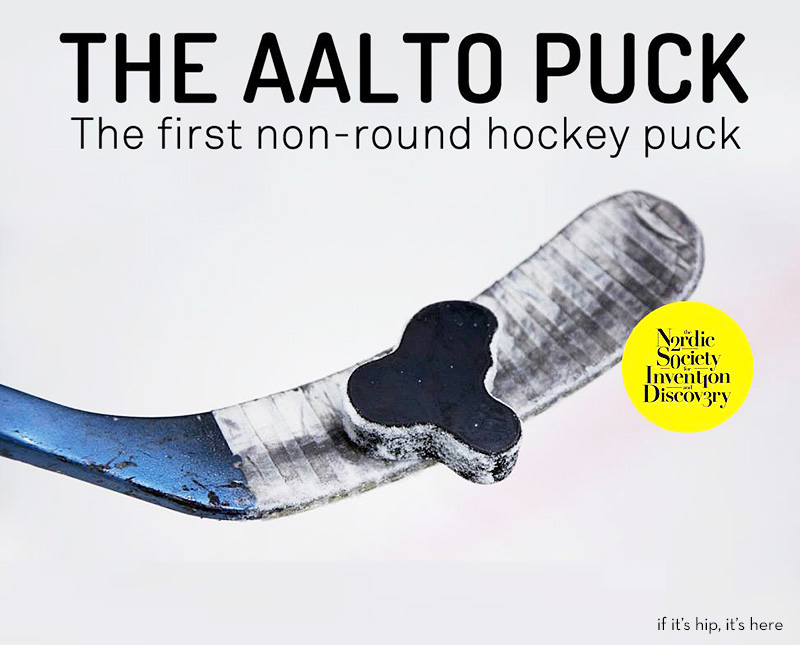 Since the middle ages ice hockey has been played with round pucks. Until now. Inspired by the free forms of the Finnish architect and designer Alvar Aalto and a small reminder that not everything has to be as we’re used to, the Nordic Society for Invention & Discovery (NSID) and Iittala collaborated to create the first non-round hockey puck in the history of mankind, the Aalto puck. 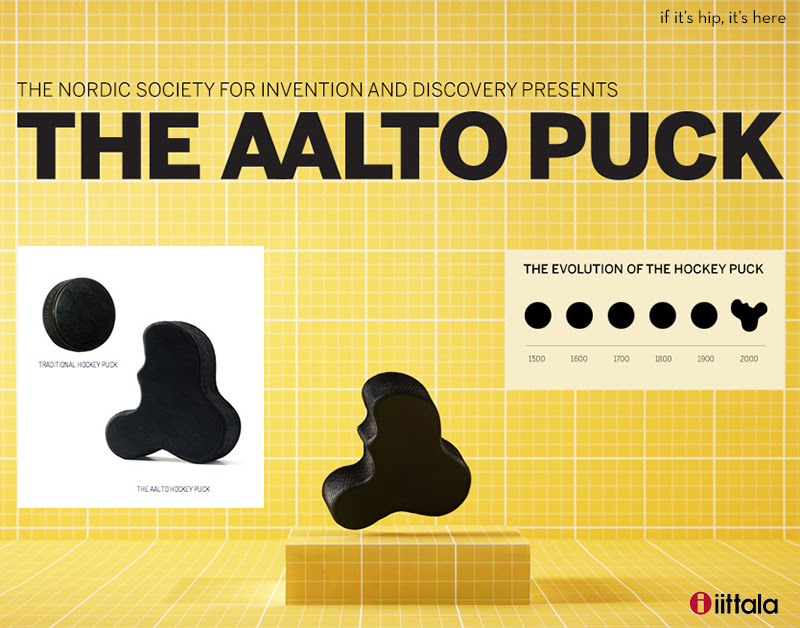 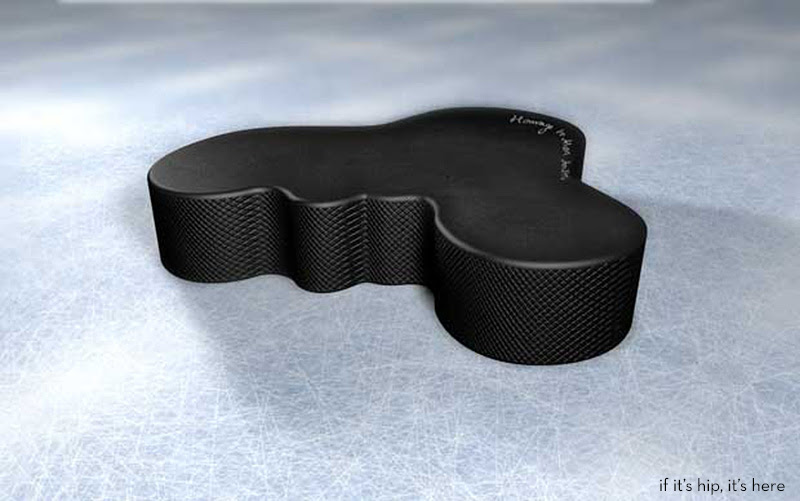 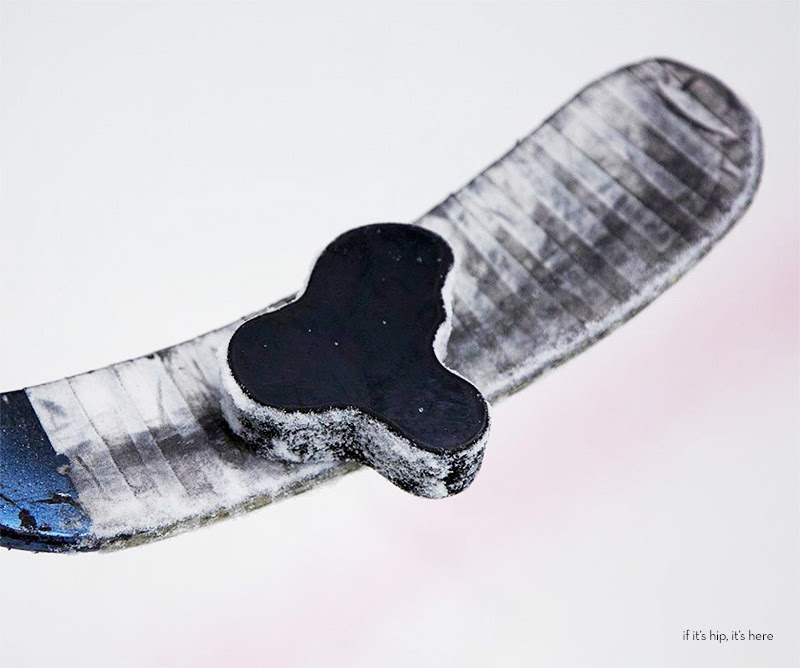 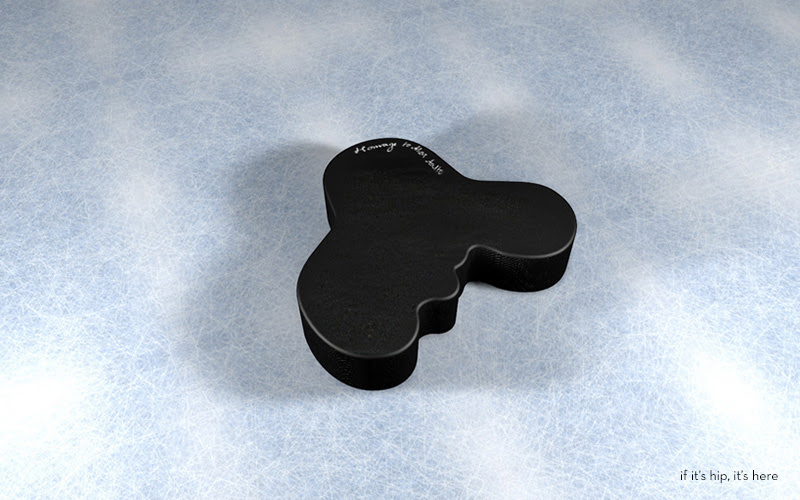 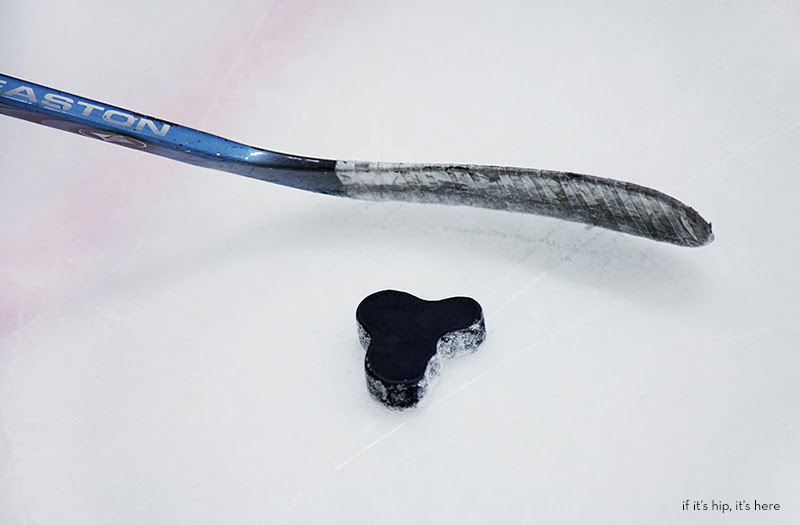 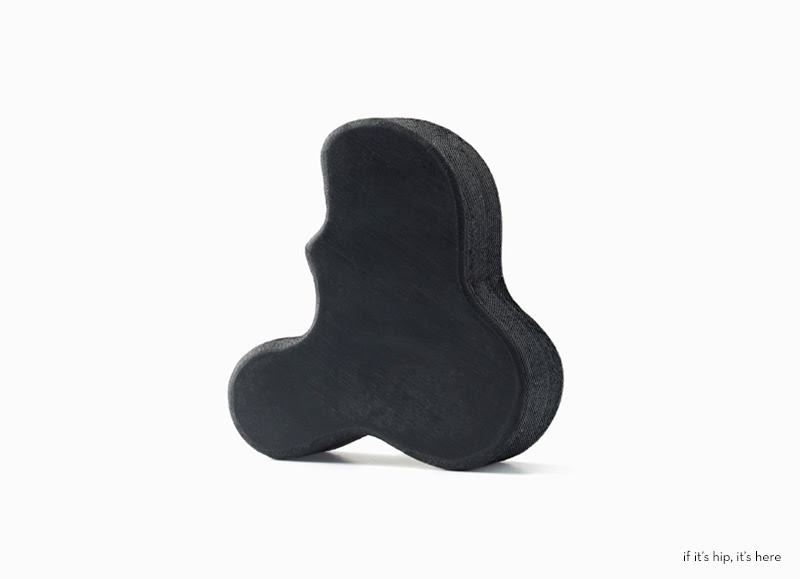 The shape resembles the shape of the designer's Savoy Vase, originally commissioned for the Helsinki Savoy Hotel in 1936-7: 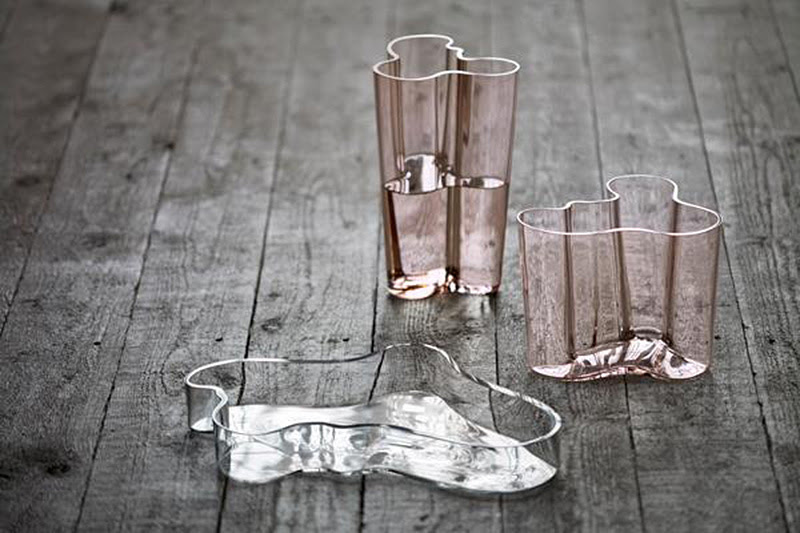 The Aalto Puck is made in the same material as a regular hockey puck and behaves in the same way on ice with one fundamental difference. It has a built in randomness, it doesn't bounce as a regular puck, it can, depending on how it's hit, speed off in different ways and more importantly, by adding an element of chance it's the most equal puck produced. Advantages are randomly given to either of the two competing teams. By adding the element of chance this small puck changes the big picture. 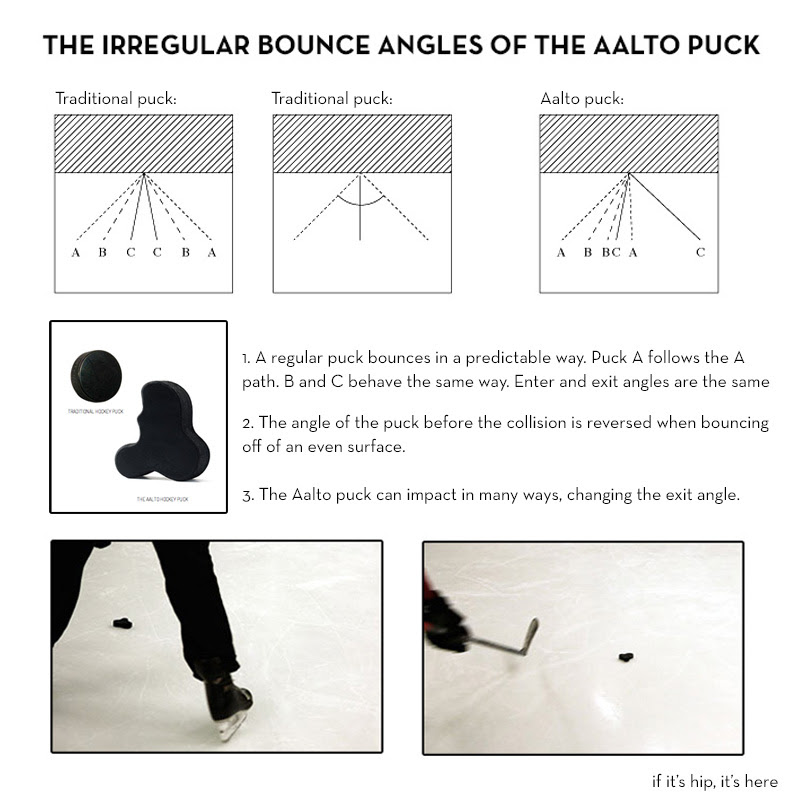 The Aalto Puck was mainly a research project. In the beginning they offered pucks to the ones willing to help test them out. Since they got over 3000 orders, they're all out of pucks. But they still want your help to test them and are looking into how to produce more pucks. To make this as simple as possible, you can fill in the form here and then follow them on Facebook to be updated on the progress of the new pucks.

The Aalto puck would go beautifully with this Aalto Goal net dreamed up by Jorkkila/ ChickenCageOfTerror! and found on the forum of Hockeys Future: 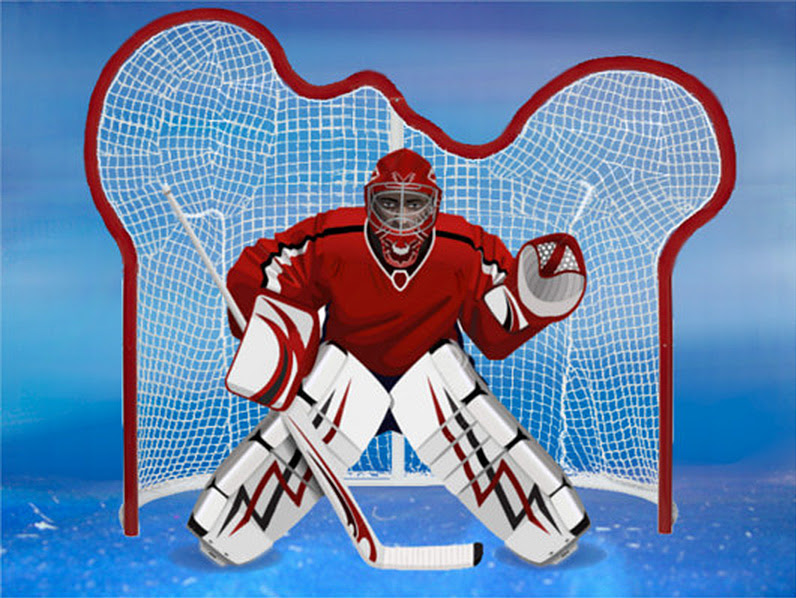 Alvar Aalto's collection of glass vases is one of Iittala's most widely recognized and has inspired many other items of similar shape, such as those shown below which include a concrete Aalto-inspired doorstop by the late Tobias Wong and an Aalto-inspired bathtub by PoolSpa: 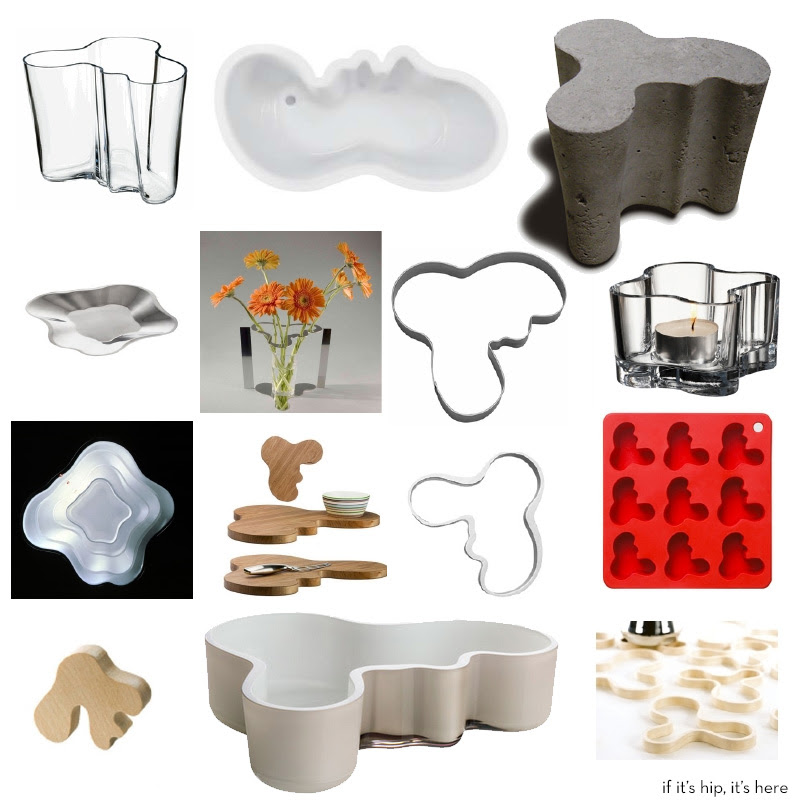 The NSID shares designer Alvar Aalto’s values, instead of trying to fit in: break the rules. And never forget how to play.