It's Electric. it Folds. And It's Smarter Than You. The Awesome Gi Bike. 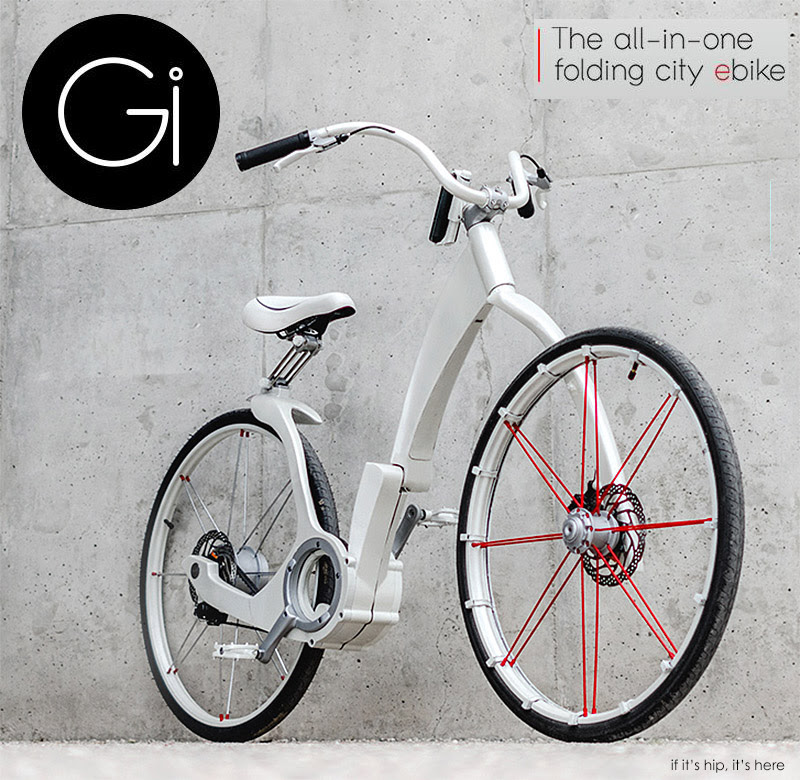 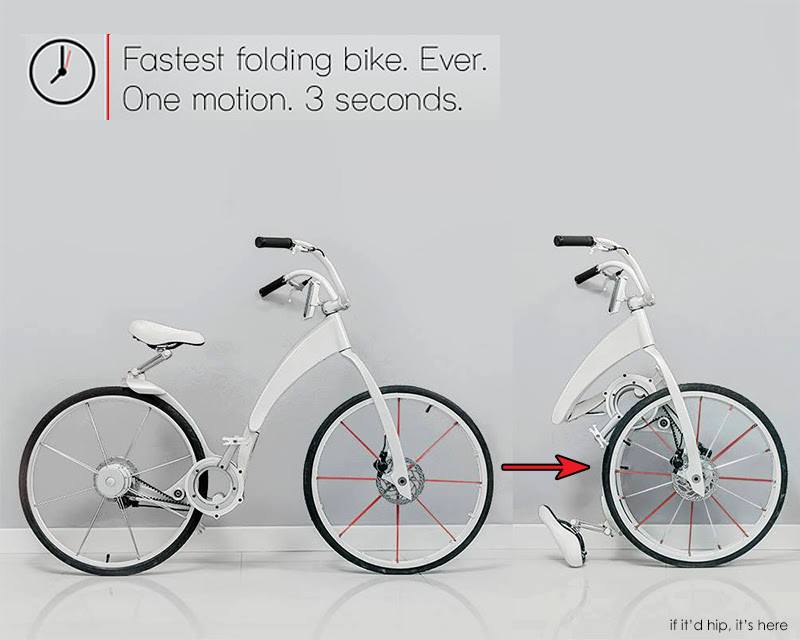 The new Gi Bike is a full-sized folding electric bike with wireless smartphone integration. Weighing a scant 15.4 lb (7kg)*, the aluminum frame bike is loaded with features, looks futuristic and comes with its own app and USB port for both Android and iOS phones. 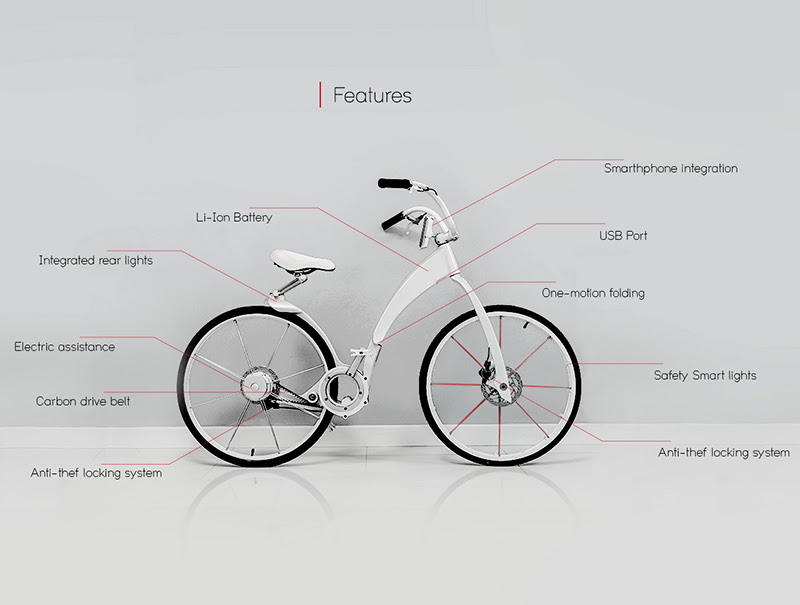 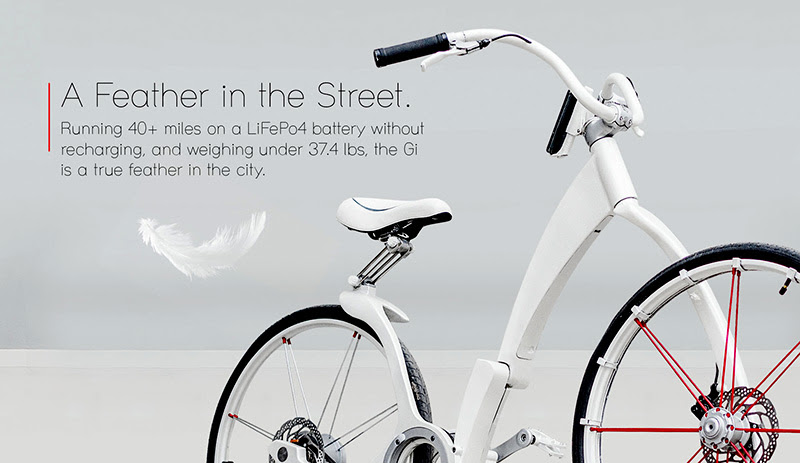 Folding in a mere 3 seconds with a single-motion operation, the Gi Bike can run 40 miles on one battery charge and reaches speeds up to 15mph (25kph). Powered by a lithium ion battery, you get five levels of assistance along with a smart mode that analyzes your use and adjusts itself accordingly. 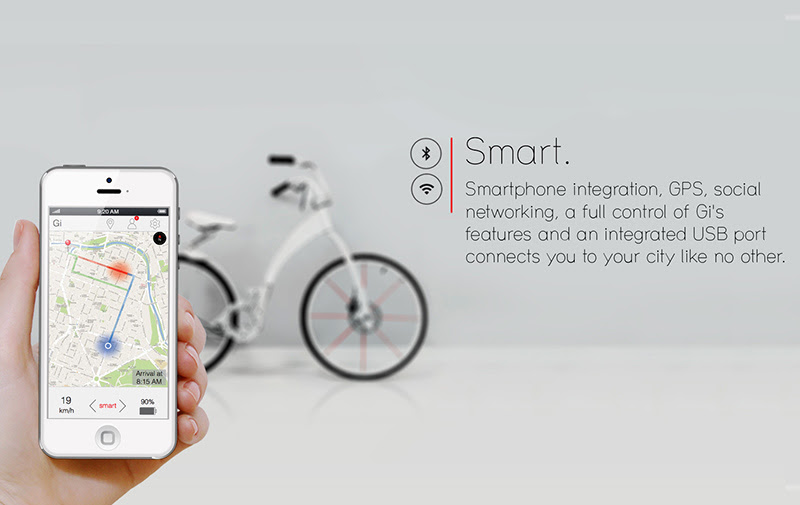 “The intelligent app will foresee any detractions from your set-route, enroute,” says Gi Bike. “Hazards, constructions, heavy traffic, will be constantly updated by users via social integration, making the Gi your perfect companion when time’s running short.” 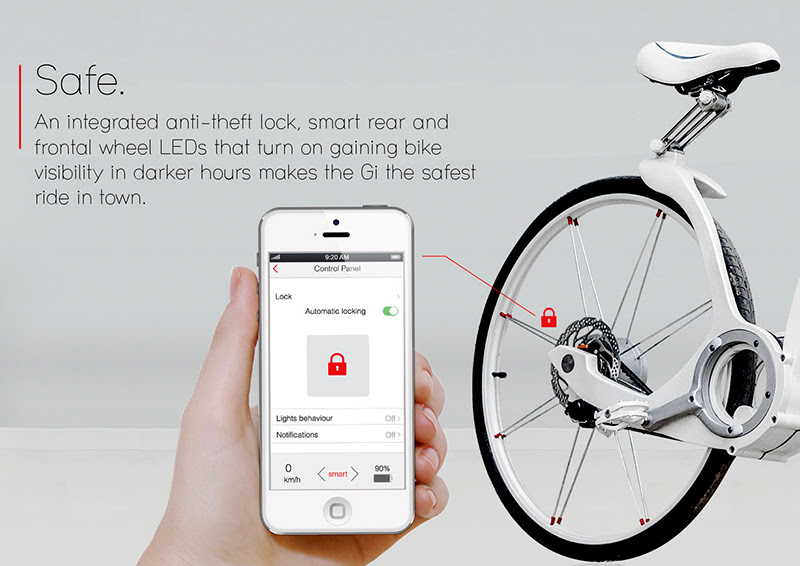 The Gi Bike comes with integrated rear lights, LEDs on the sides of the front wheel, and an anti-theft lock system that switches on automatically when you walk 10ft away from the bike. 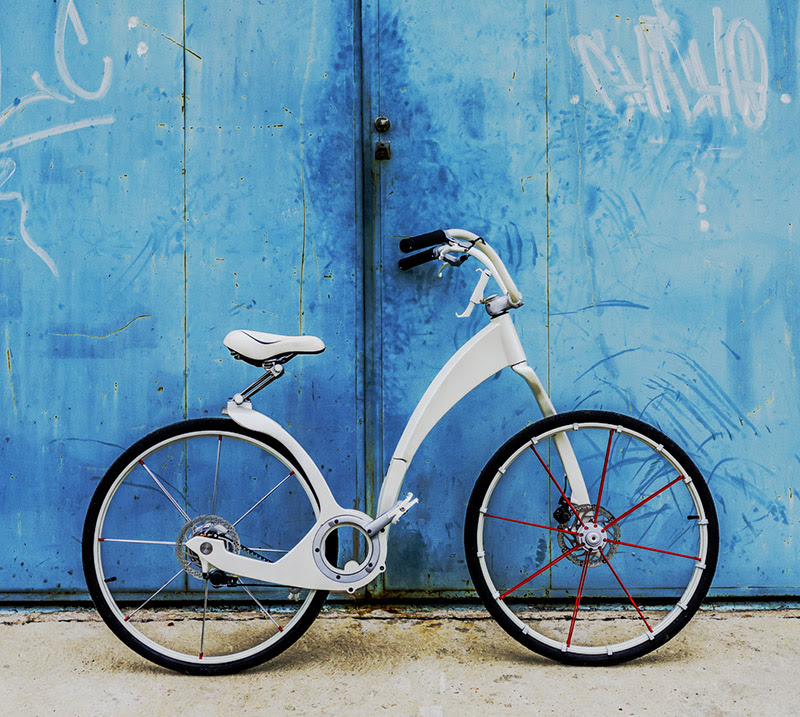 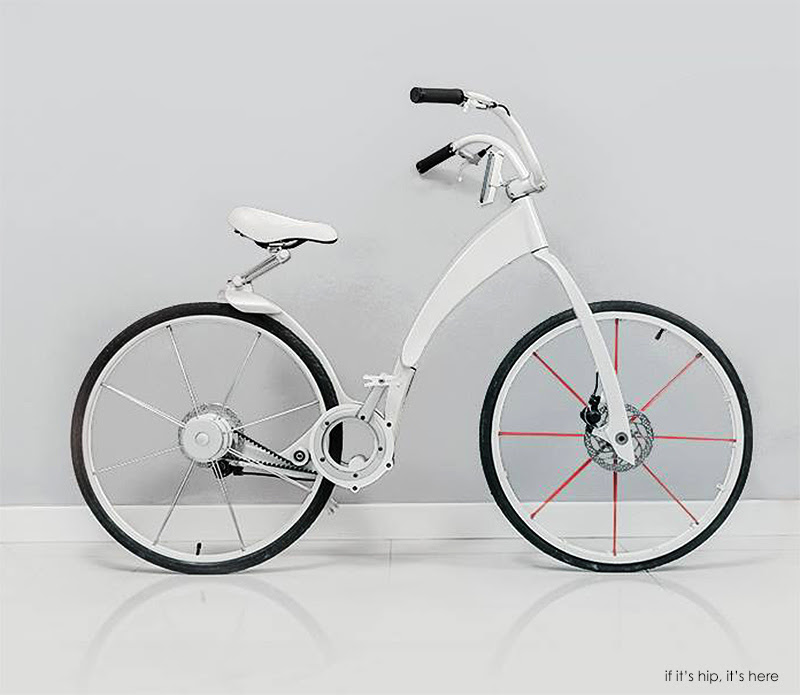 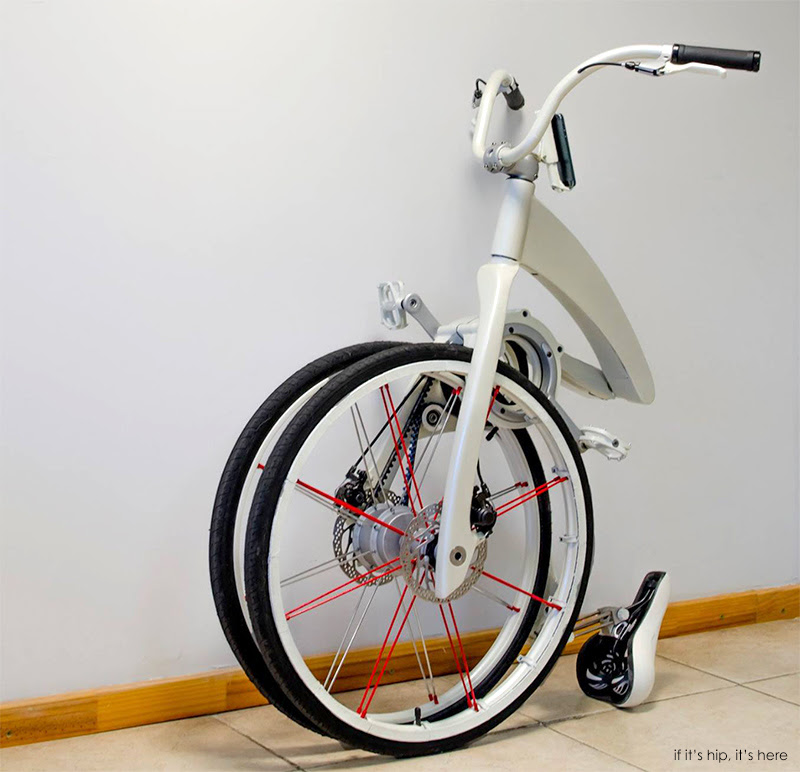 The bike is fitted with a monoblade fork, an off-centre seat tube, a one-sided chainstay and no seatstays at all. It’s belt driven and you get a USB port in the down tube so you can recharge your phone while you’re riding. The rims and spokes are custom-made for the Gi and the tires are 26x1.5 in. Accessories are currently being developed, including a rear mudguard and a briefcase holder. 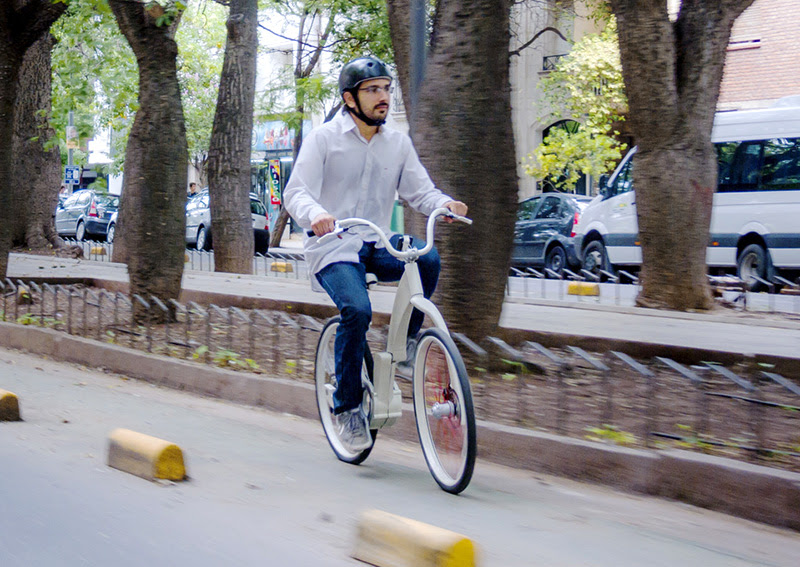 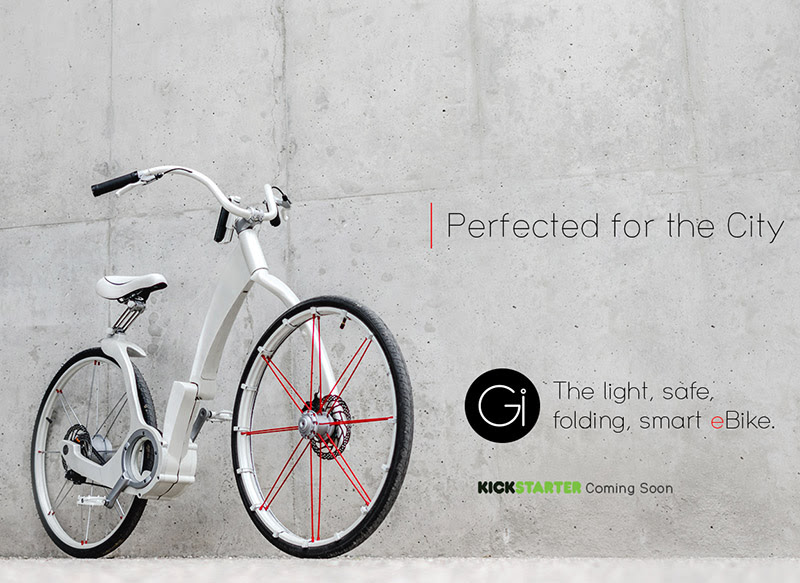 
*A standard, non-electric version is considerably lighter at 26.5lb (12kg). 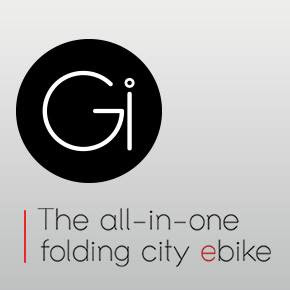 For more info check out www.gibike.com and be sure to look out for the launch on Kickstarter soon.