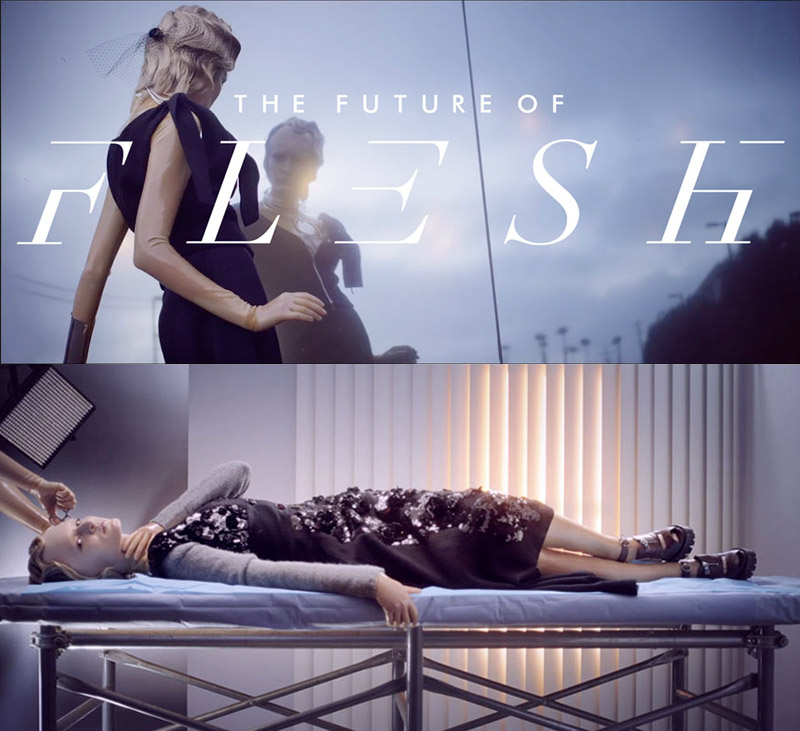 The blog, One small seed writes "With Jake Shears’ eerie music score creating an almost sci-fi horror atmosphere, Gilford – in only just over a minute – manages to indulge us in a discourse of age, mimicry, the future and and high fashion. Faces elongated and latex as skin, the models are far from stereotypical in their aesthetic, perhaps serving as a metaphor for Prada’s new collection: typically that there is nothing mediocre or ordinary when it comes to Prada. The director also opens up the discussion of the industry moving past traditional standards of beauty, allowing room for new intellectual thought processes and denying the age-old idea of fashion being equivalent to mindlessness."

The New York Times Magazine reports that 'The eerie, evocative video features an original score by Jake Shears of Scissor Sisters and is narrated by Jane Fonda — not coincidentally, another complicated feminist icon. While the clip is not the usual terrain for Fonda, she was easily convinced to lend her voice.' 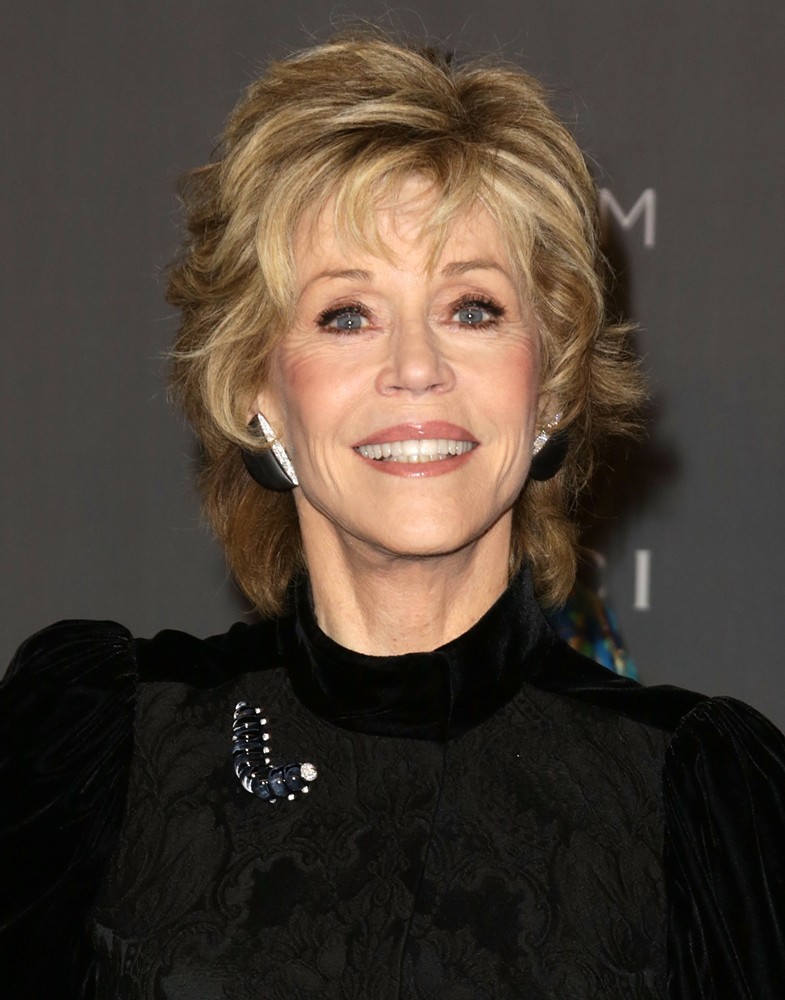 above: Jane Fonda at LACMA, 2012 (image courtesy of zimbio)

“When Jake asked me to collaborate on the video I thought, For Jake, anything. He’s so out-of-this-world creative and cutting-edge, I knew it would be exciting. I was right,” she said, describing the project as “just wild and unique and Pedro Almodovarish.”