“Take a day to remember the day that changed us forever.” Together We Honor The Memory of 9/11. 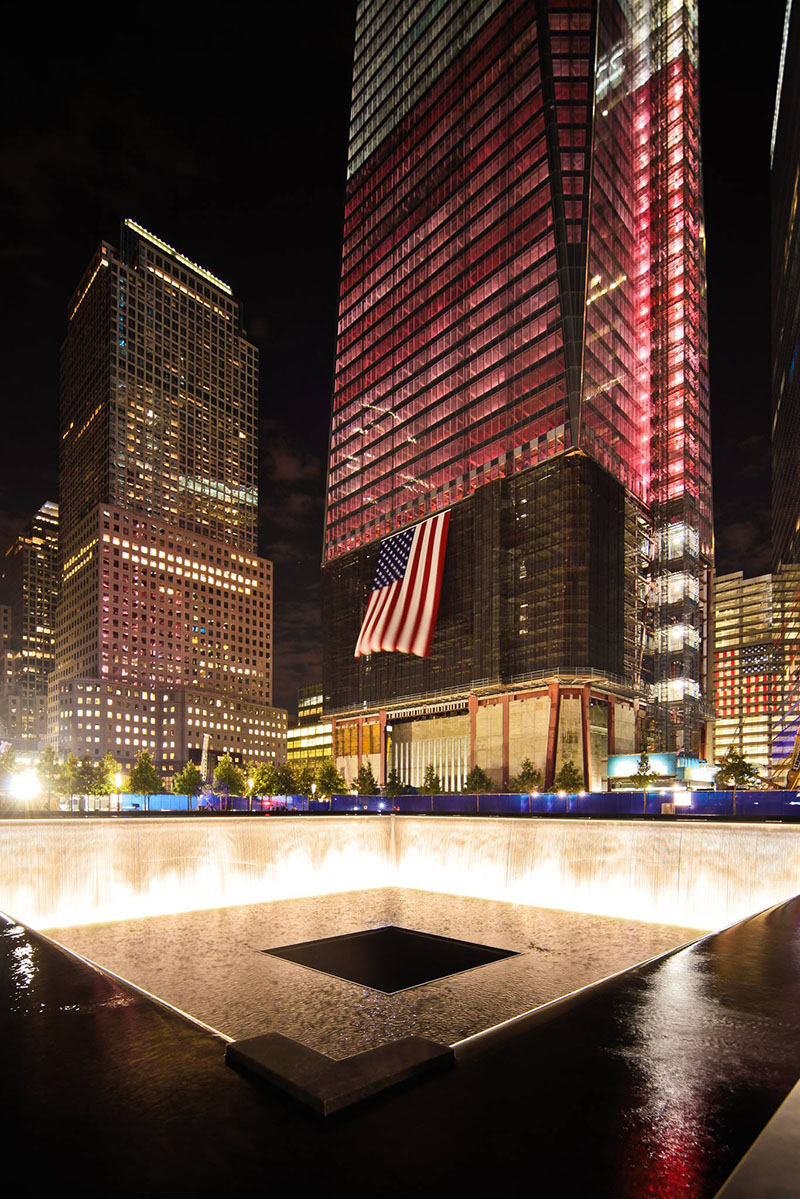 “May the lives remembered, the deeds recognized, and the spirit reawakened be eternal beacons, which reaffirm respect for life, strengthen our resolve to preserve freedom, and inspire an end to hatred, ignorance and intolerance.” 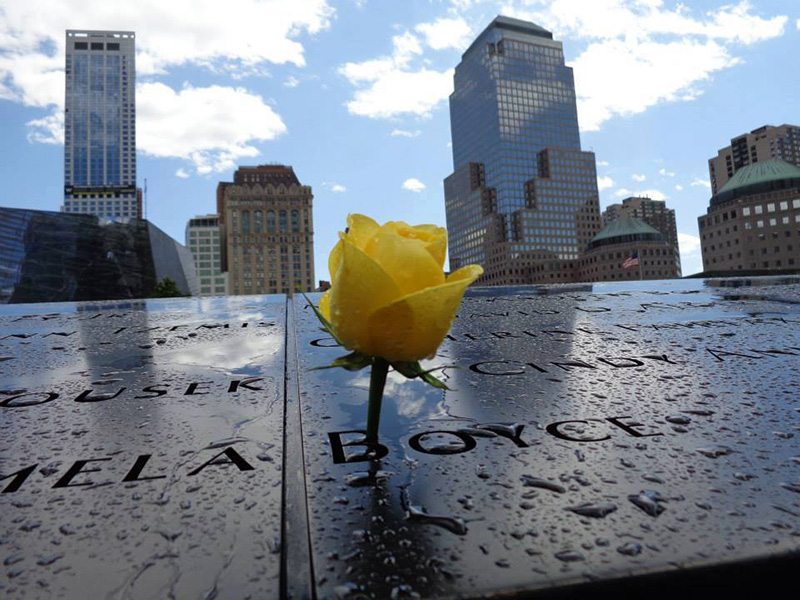 These words are the final part of the mission statement of the National September 11 Memorial & Museum at the World Trade Center in New York City. As the nation and world mark the 12th anniversary of the 9/11 attacks, If It's Hip, It's Here shares the sentiments of the 9/11 Memorial and calls upon readers to make Sept. 11, 2013 a day of commemoration. 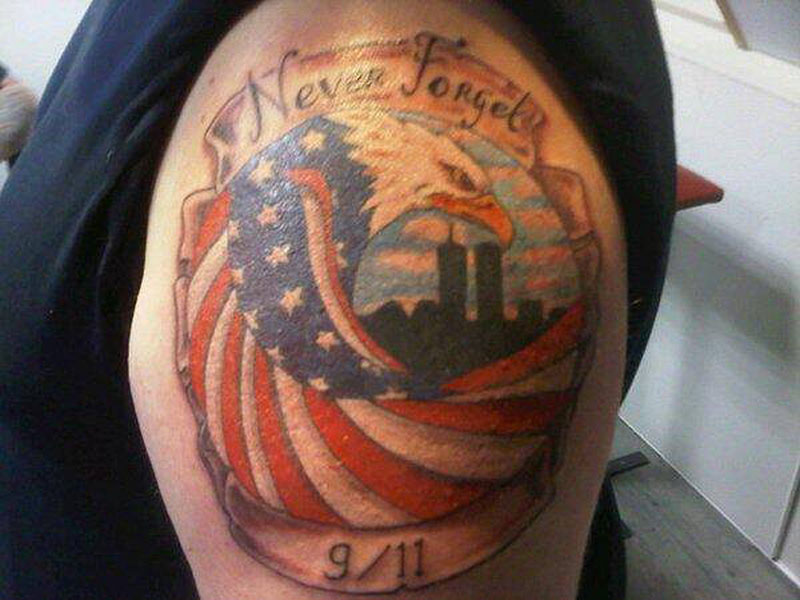 Take a moment on this day to remember and honor the thousands of innocent men, women, and children murdered by terrorists in the horrific attacks of February 26, 1993 and September 11, 2001. Thank your local first responders for their dedication to protecting your community. Remember the many Americans who have served and are currently serving in our nation's military— many of whom enlisted as a response to the 9/11 attacks. 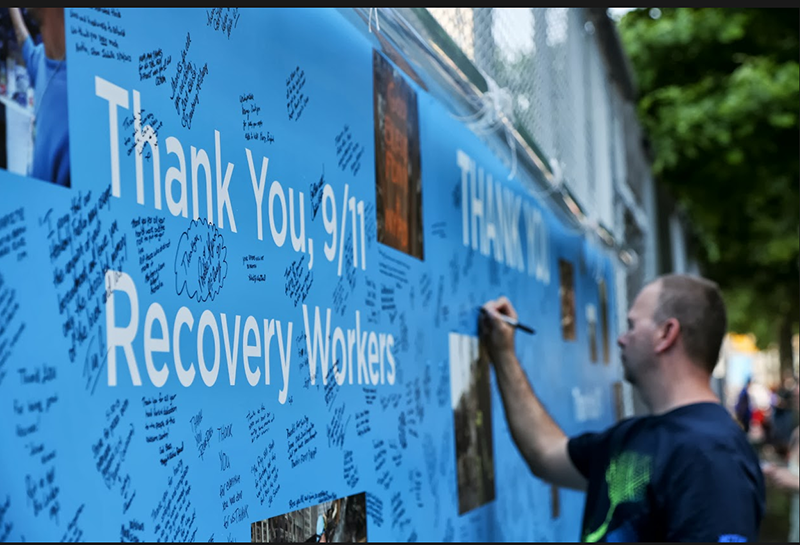 A new campaign honoring the memory of the 9/11 tragedy which occurred 12 years ago today has been created by BBDO New York. The campaign, which asks you to “Take a day to remember the day that changed us forever.”, consists of videos, print, digital ads and a presence on Facebook, (where you can download the special memorial cover image shown below for your page), Pinterest, Google+, Twitter and YouTube.

above: the downloadable Facebook cover page can be found here

Actor and New Yorker Robert De Niro narrates the following two video clips which are to be shown on screens in Times Square and stadiums like Citi Field as well as on ESPN and WABC-TV. Mr. De Niro declares: “On that day, a nation became a family. With nearly 3,000 loved ones lost. On that day, after witnessing the worst, we embodied the best. On that day, we came together. We were all New Yorkers.”

In the following video 911 Memorial board member Robert De Niro asks the world to take a day to remember the day that changed us forever. Text "HOPE" to 80088 to donate $10 to the National September 11 Memorial & Museum.

As Stuart Elliot reports for the New York Times, Lynn Rasic, executive vice president for external affairs at the National September 11 Memorial and Museum says “We decided with the 12th anniversary that we wanted a new campaign, a campaign that would look forward to the opening next spring.”

The campaign is meant to let people know that “wherever they are” on the anniversary “they can share in the commemoration,” she adds.

“One of our goals is to connect with a generation that’s growing up now that may have no firsthand knowledge of 9/11,” she says, adding: “That’s the core mission of the museum. We need to tell this next generation about the history of 9/11, the enormity of the loss and how we came together.” 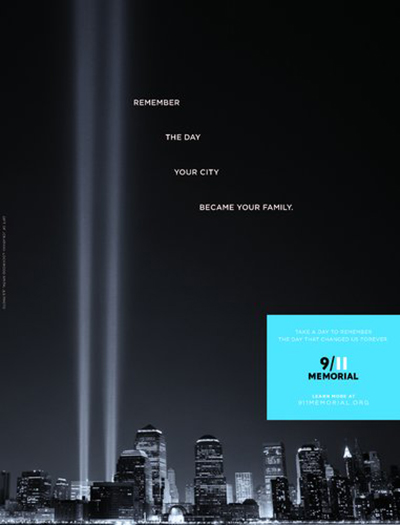 above: this ad reads "Remember The Day Your City Became Your family" (image courtesy of NY Times)

That is reflecting in one of the print ads in the campaign, which depicts a young girl holding several flags. “Remember,” the headline reads, “and teach the ones too young to remember.” 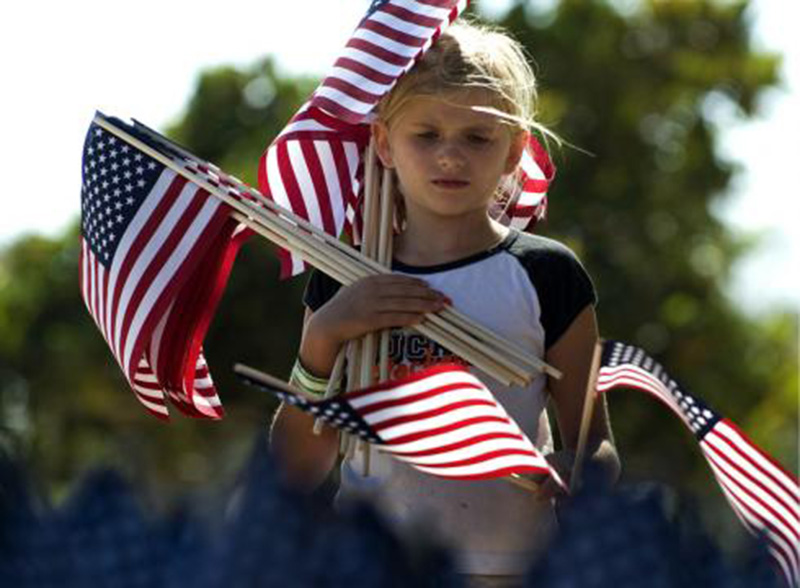 The interest in reaching out to youth, says Michael Frazier, vice president for communications at the museum, is a reason “we work very hard to build out our social platforms.”

“Through our various social networks, we are not only engaging younger generations to participate,” he adds, “we are exposing them to a history that some are unaware of, providing context for a better understanding.”

The campaign is being financed by a combination of paid and donated media. The ads were created on a pro bono basis by BBDO New York, part of the BBDO North America division of BBDO Worldwide, owned by the Omnicom Group.

The National September 11 Memorial (9/11 Memorial) is a tribute of remembrance and honor to the nearly 3,000 people killed in the terror attacks of September 11, 2001 at the World Trade Center site, near Shanksville, Pa., and at the Pentagon, as well as the six people killed in the World Trade Center bombing on February 26 1993.

Please, do as the campaign asks and “Take a day to remember the day that changed us forever.” 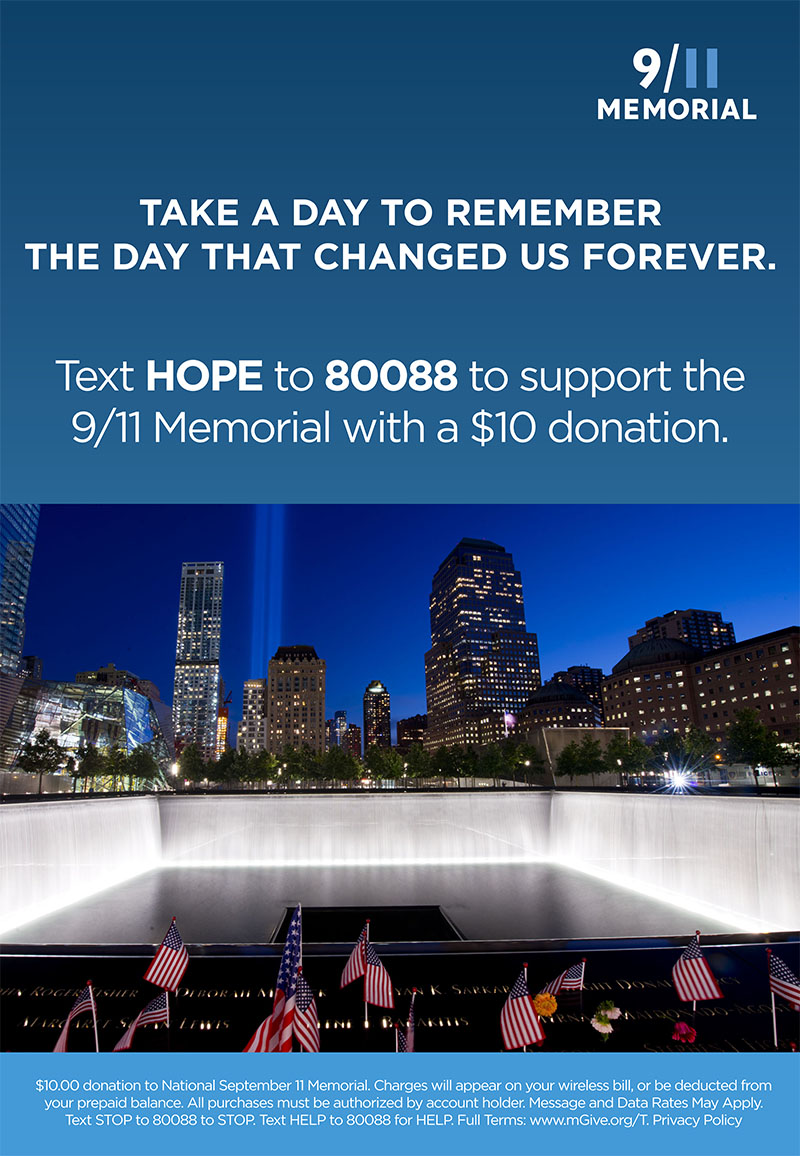