The Wes Anderson Alphabet by Hexagonall. 18 Minimalist Posters Based On The Cool and Quirky Characters From Wes Anderson's Films. 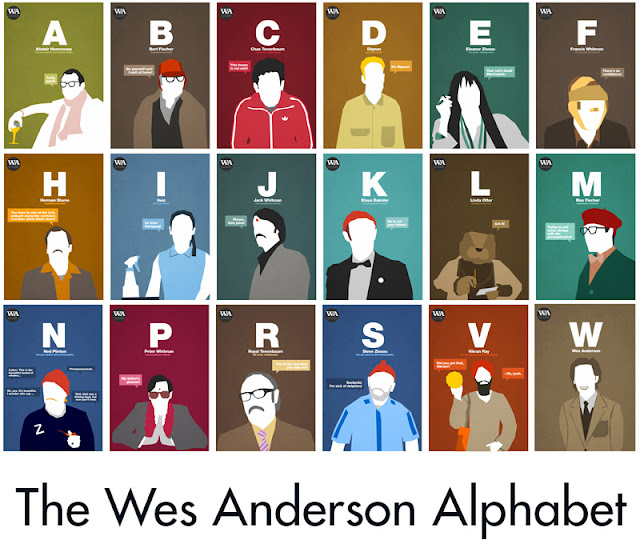 serve as inspiration for Alphabet posters in a minimalist meets Saul Bass style by Madrid designer and Illustrator Hexagonall.

18 different posters take characters from Wes Anderson's films (from Bottle Rocket to The Royal Tannenbaums) and turn them into Alphabet posters with quips and quotes from the films: 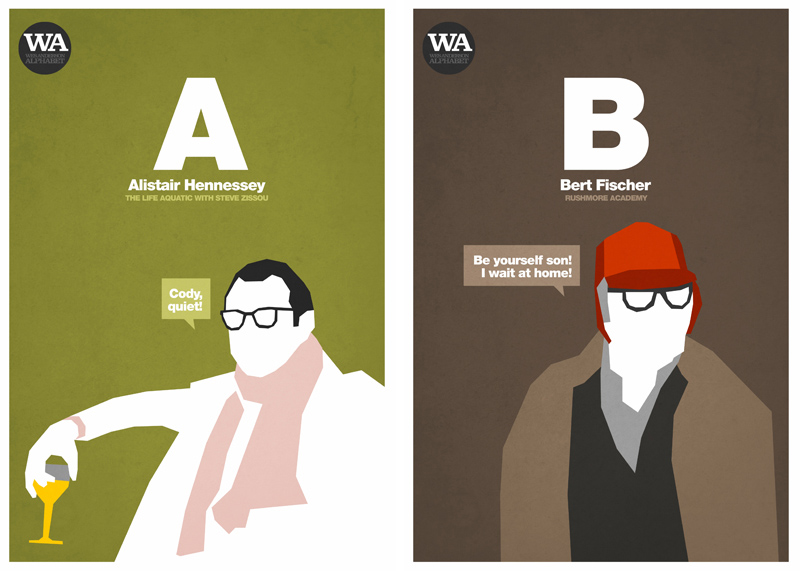 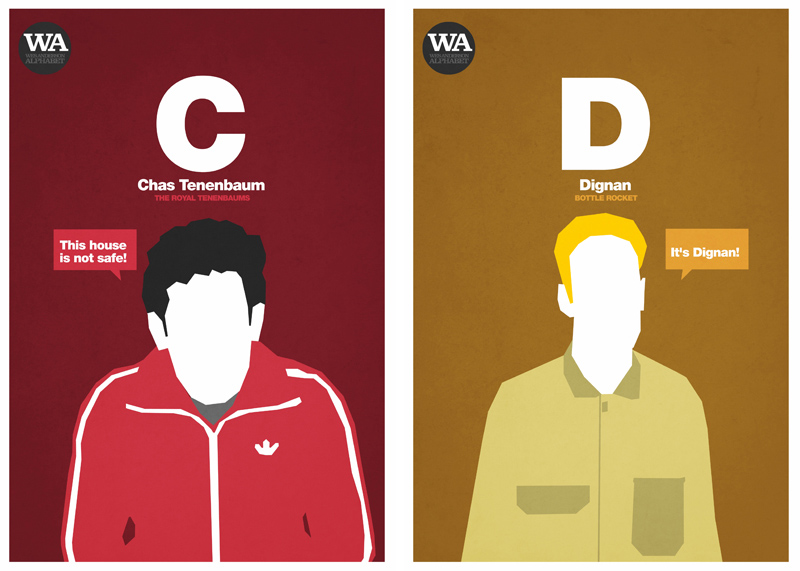 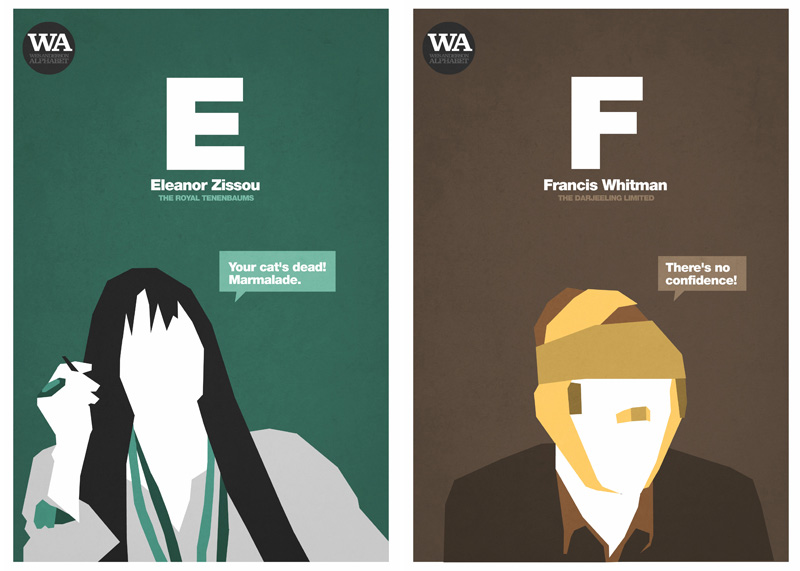 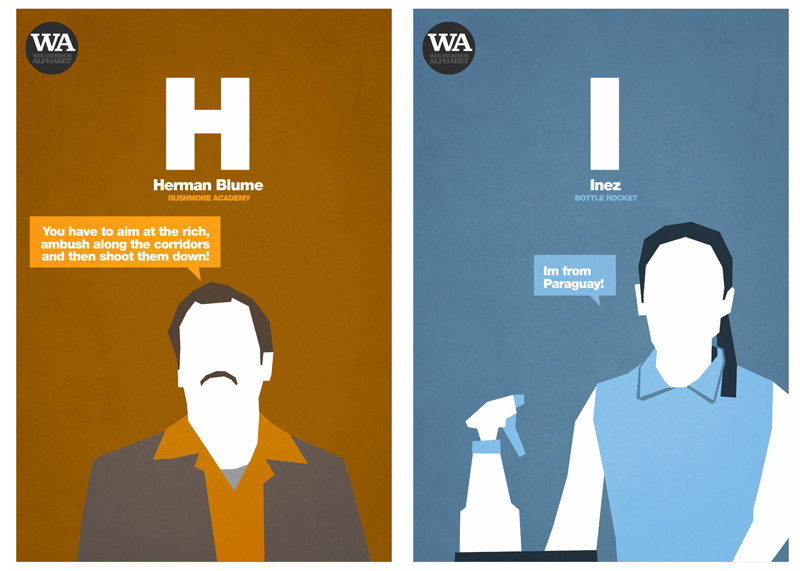 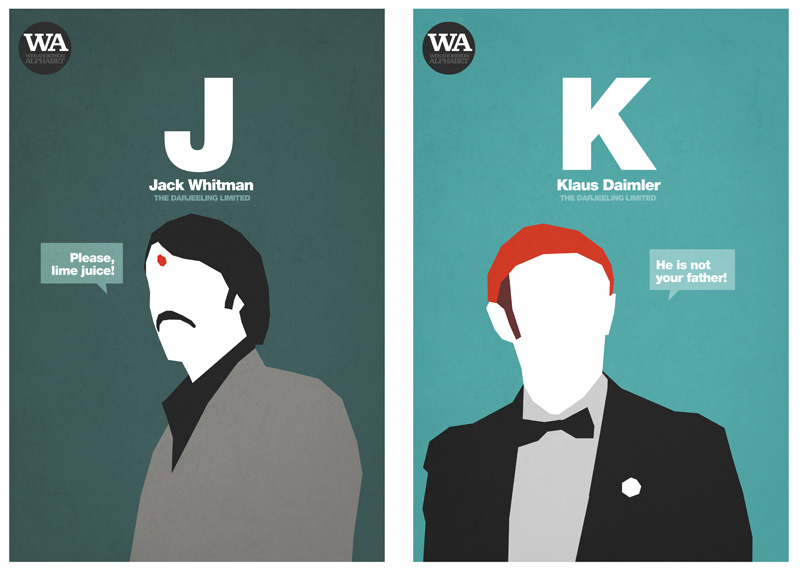 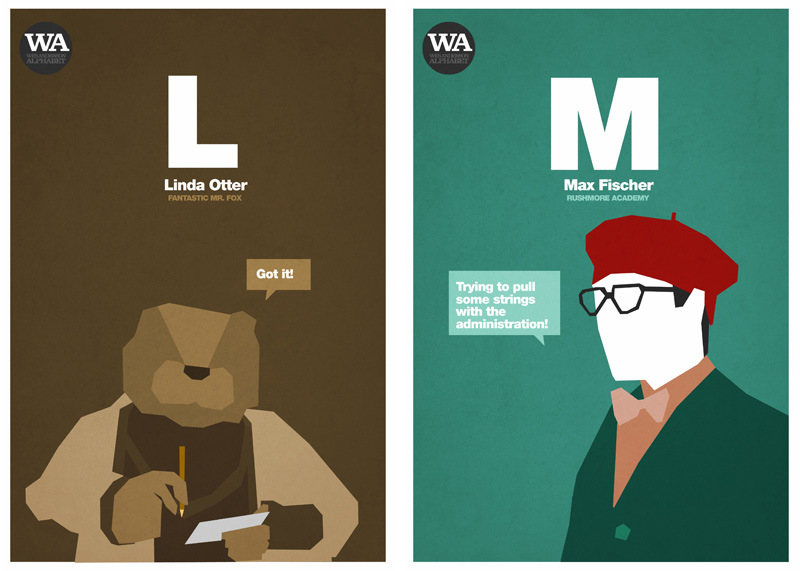 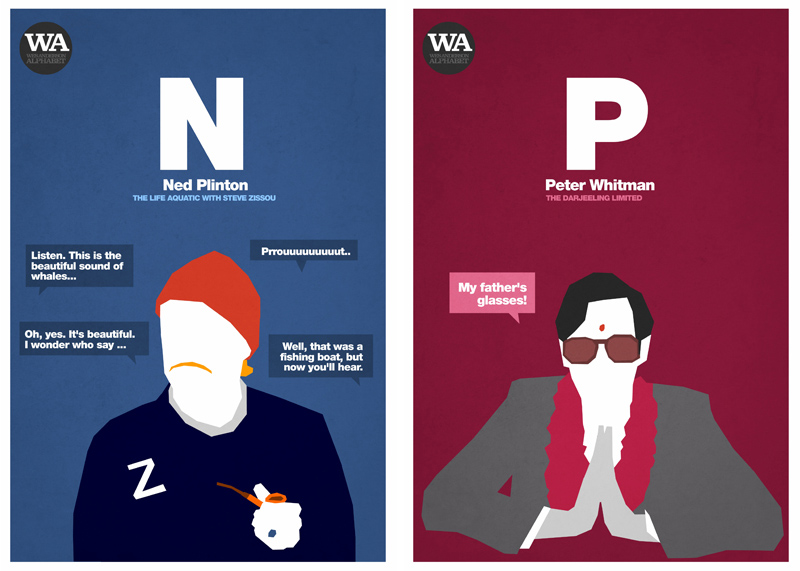 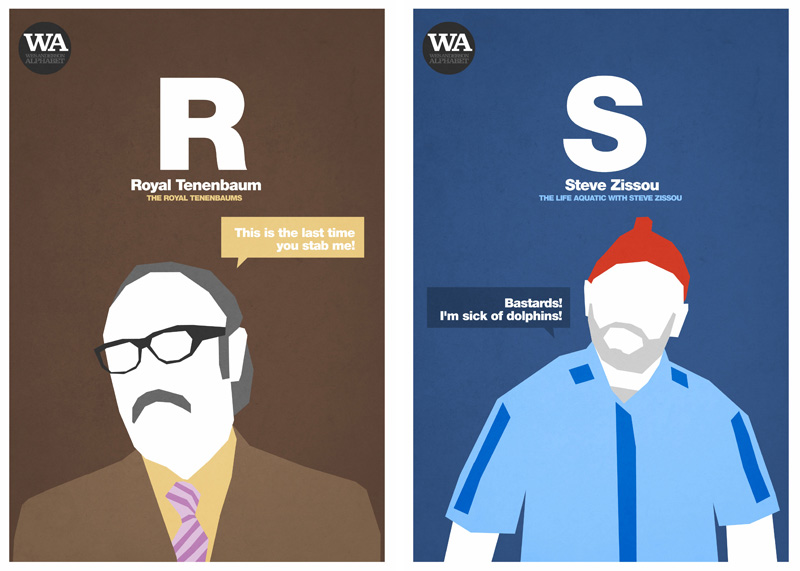 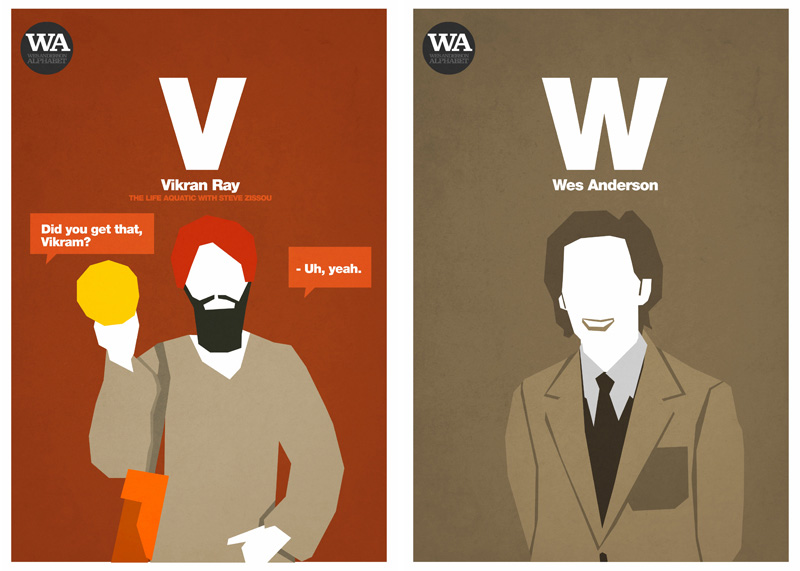 If you want to acquire some of these posters, please visit Imagekind, Artflakes, and Society6

There are Wes Anderson Alphabet posters by hexaginall on Behance, but in a horizontal format and fewer posters.