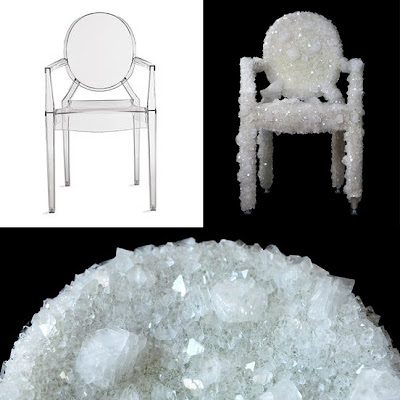 Above: The Louis Ghost Chair by Philippe Starck and a Quartz Crystal covered version by Uri Shapira

Most designers are familiar with Philippe Starck. And of those, several are aware of his iconic chair, The Louis Ghost Chair. Starck transformed the classic Louis XVI chair into a modern version with his transparent design for Kartell in 2002: 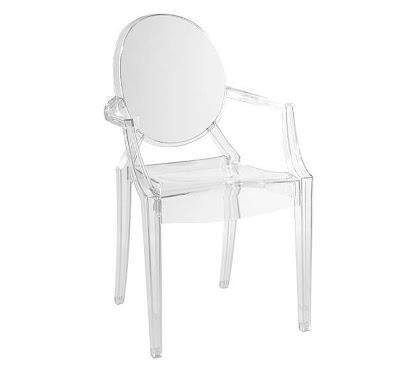 Since its inception, the Louis Ghost Chair, made of polycarbonate, has been produced in several transparent colors, three solid colors, a child-sized version (The Loulou Ghost Chair), a limited edition Barbie version, and with four possible design icons printed on the back: 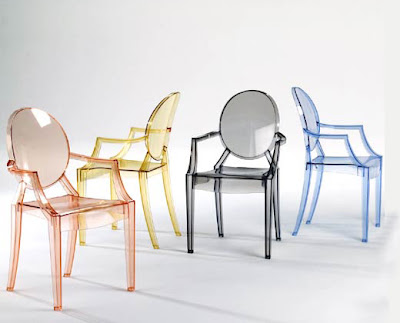 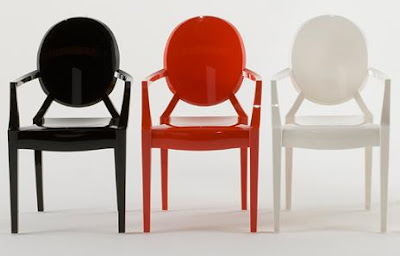 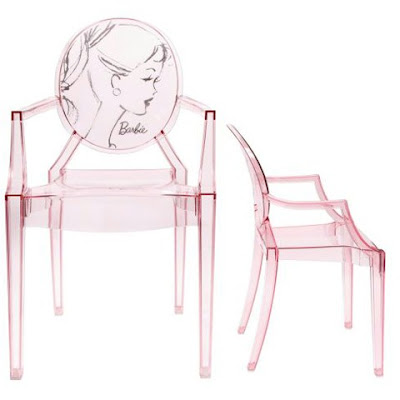 It also spawned an armless version (the Victoria Ghost Chair) and bar stools.

But none is as unusual as "Crystallizing Philippe", the quartz crystal covered version of the Starck-designed chair that was a project for Caesar Stone, a manufacturer of Quartz surfaces, by Israeli designer Uri Shapira. Artificially grown quartz crystals cover every surface of the chair, turning into a piece of art rather than a piece of furniture: 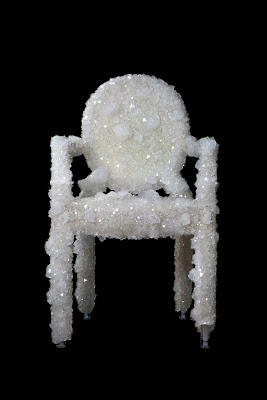 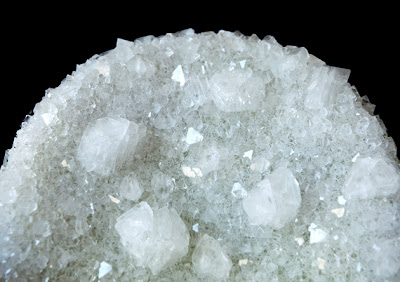 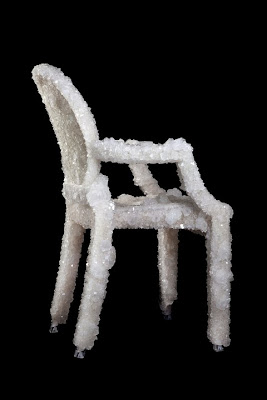 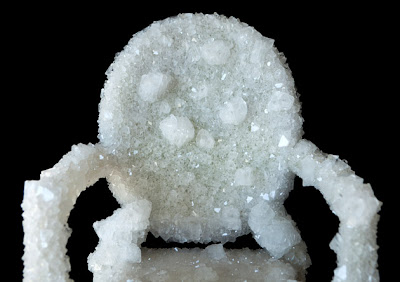 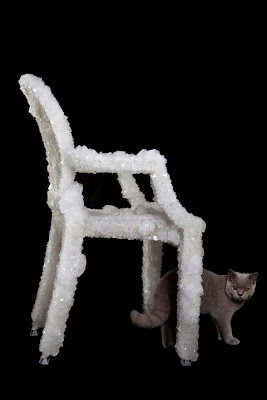 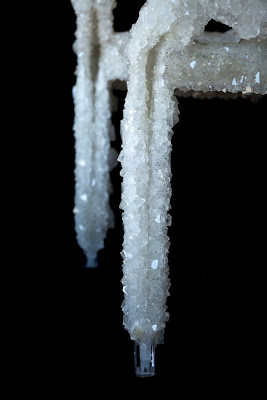 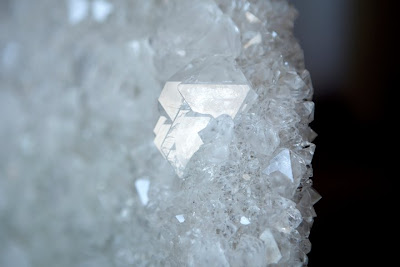 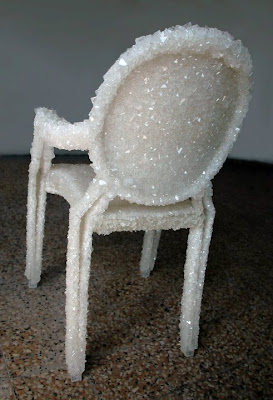 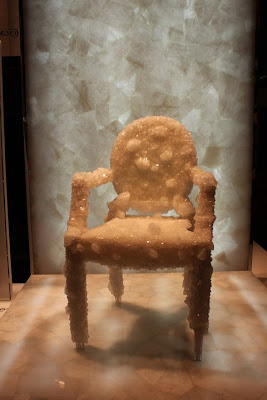 Uri Shapira is a promising new artist that has recently stepped out of the academy. His aesthetic perspective comes from a contemporary dialog between nature and man. Uri creates artificial crystals using the wonders of chemistry. He does not have a website, but is represented by Talents Design of Tel Aviv.