From Teddy Bears to Technology, The Top 50 Christmas Toys For The Past 100 Years 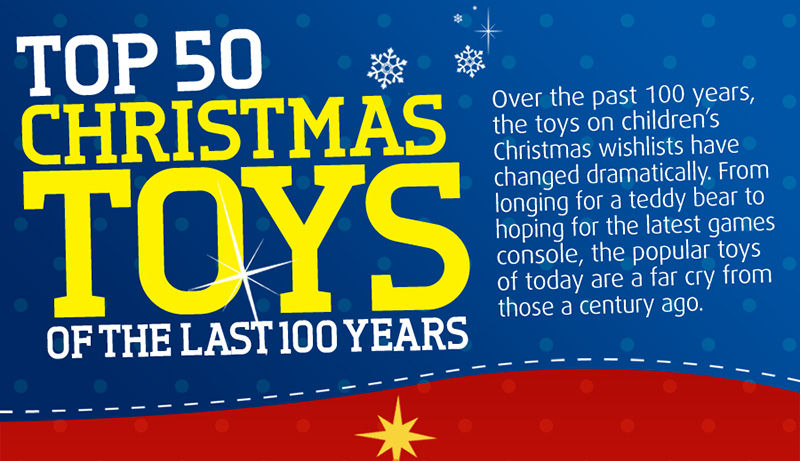 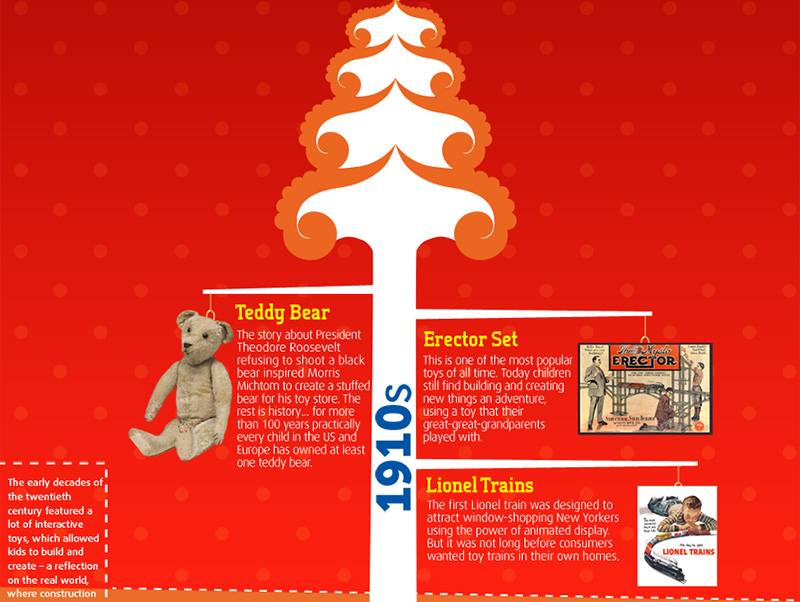 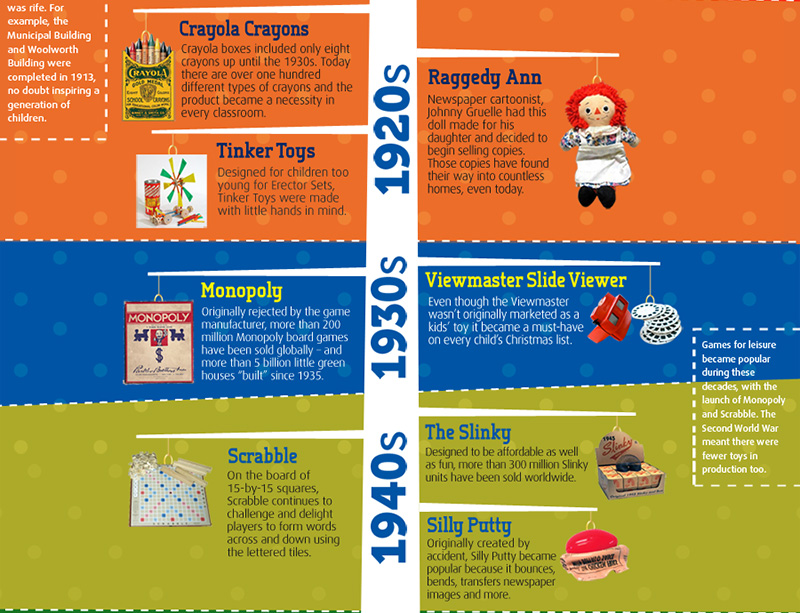 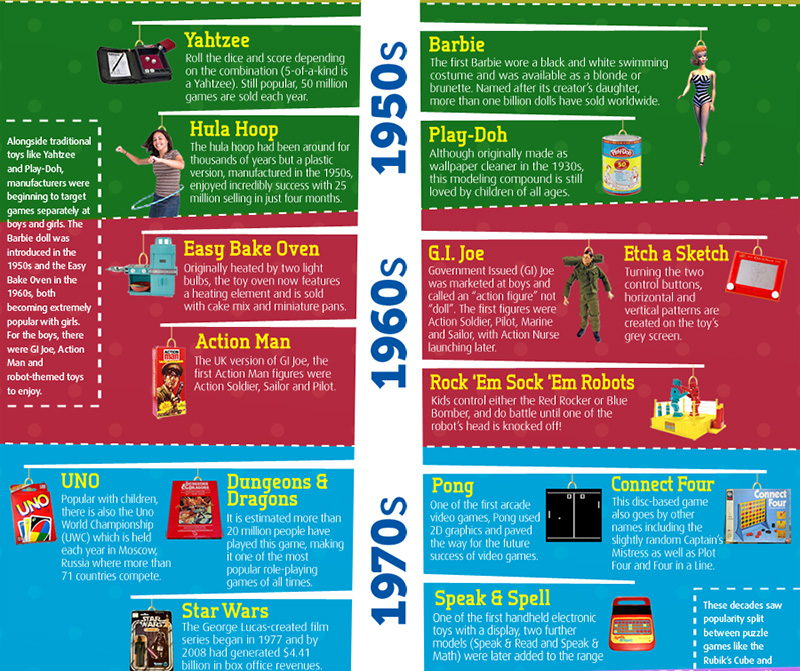 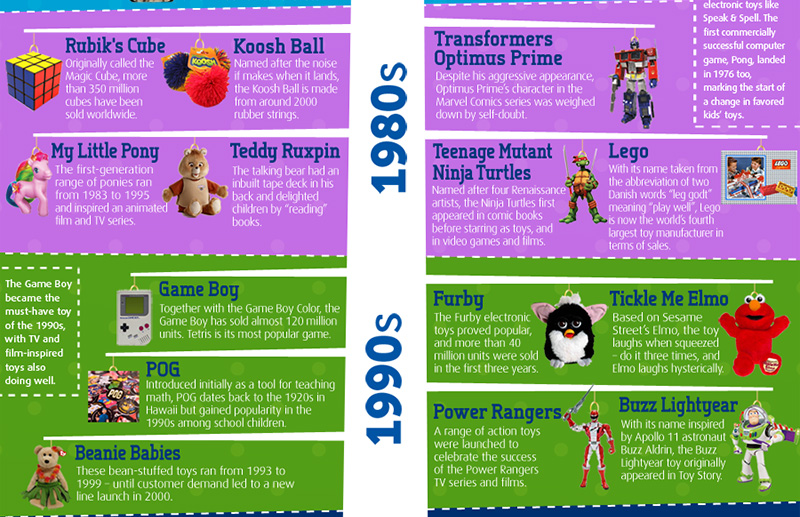 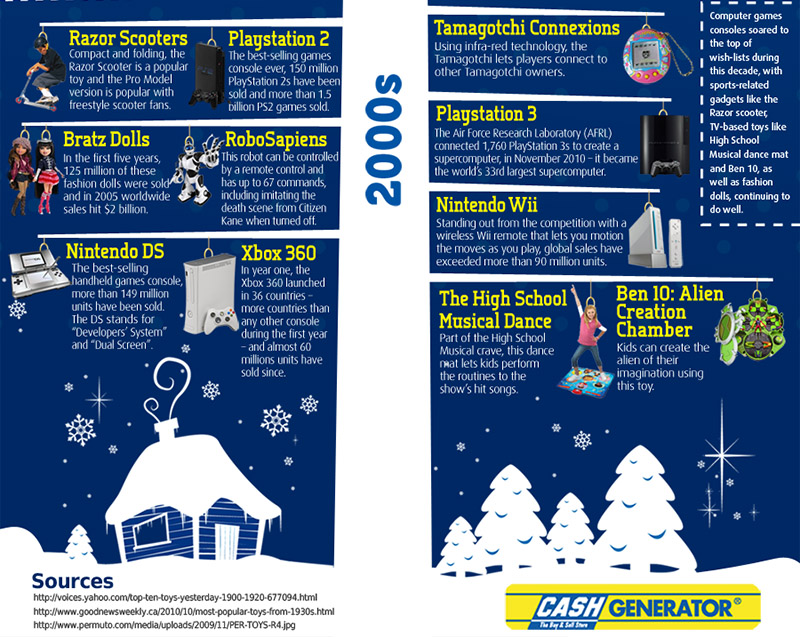 If a child of 1910 could glance at today’s toys, he or she would likely be confused by the endless games consoles, gadgets and TV-inspired toys. Back in the early twentieth century, the teddy bear was the most popular toy, followed by train sets and construction-themed toys. There was not an electronic device in sight!

However, you can see definite themes running through the popular toys of the past 100 years. For example, although the construction-based toys faded from fashion for a while, in the 1980s Lego became a must-have toy. And the board game shot to the top of wish-lists in the 1930s and 1940s, and experienced another surge in the 1970s – and even today, although replaced in many homes by the computer game, board games are still wheeled out when the family gets together for the festive season!

Dolls continue to be popular too, with the Bratz Dolls of 2000 following the success of the first Barbie in the 1950s. Similarly, boys still have action figures on their Christmas lists, perhaps changed in name from GI Joe to Power Rangers but fundamentally the same.

The computer marks the big change, though. From the first video game in the 1970s to nowadays, games consoles have soared in popularity. This Christmas, a console or handheld device is sure to be on most children’s wish-list.