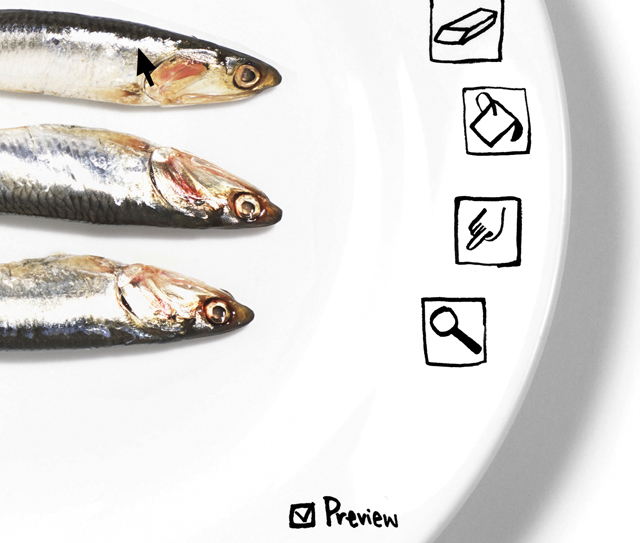 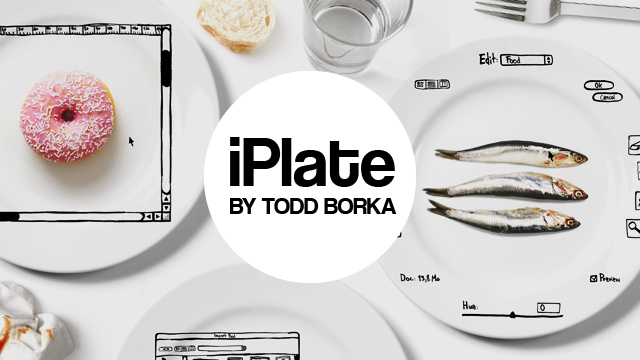 French illustrator Todd Borka invites you to play with your food.. or more specifically, edit your food, with his iPlates. Utilizing the interface from popular editing software like Photoshop, Todd has decorated four different china plates with recognizable tools and key commands. 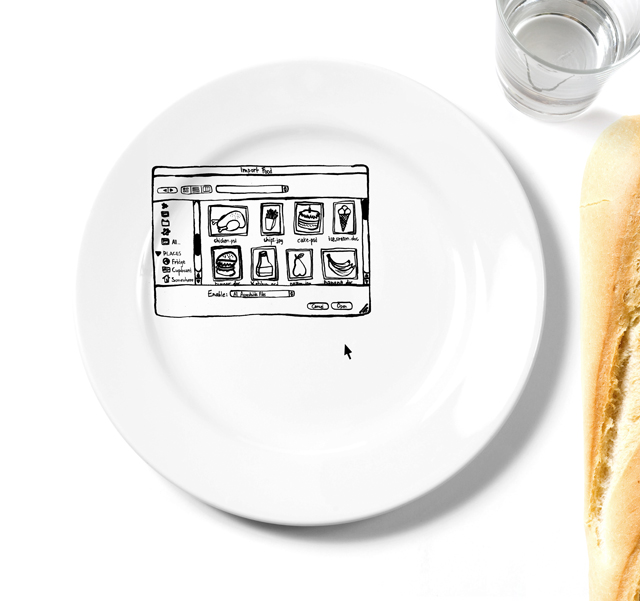 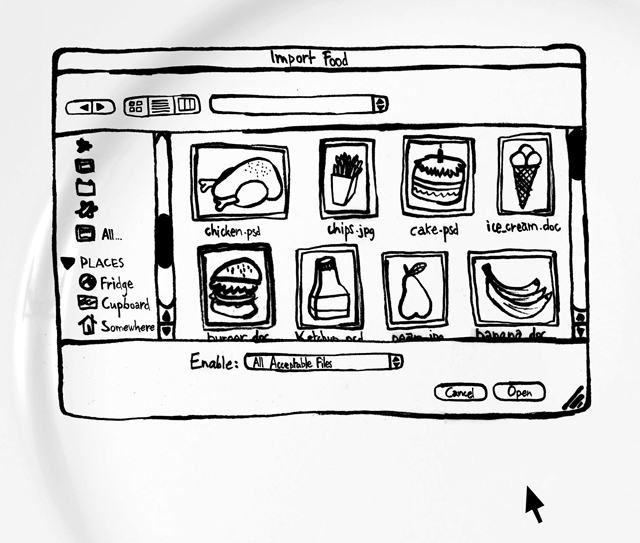 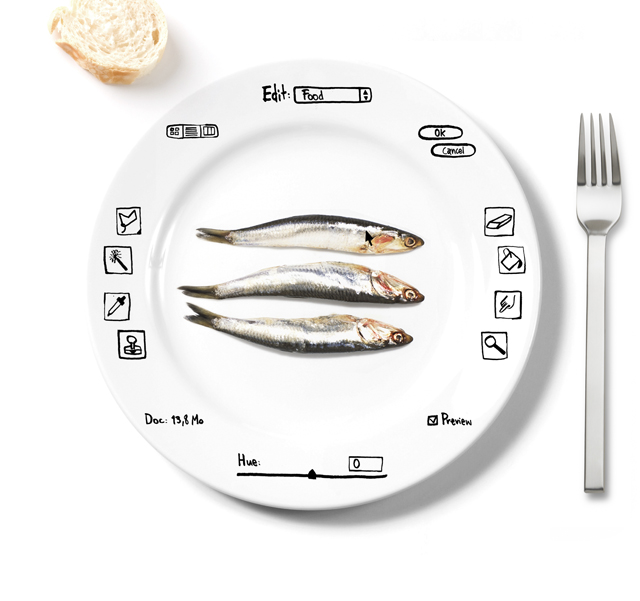 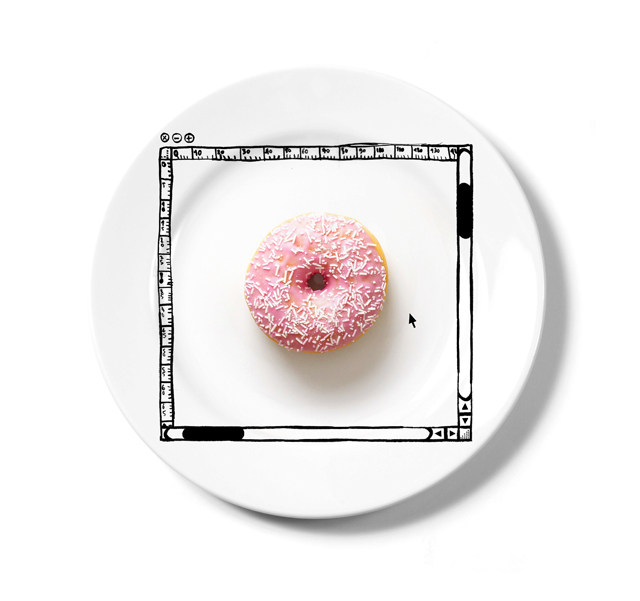 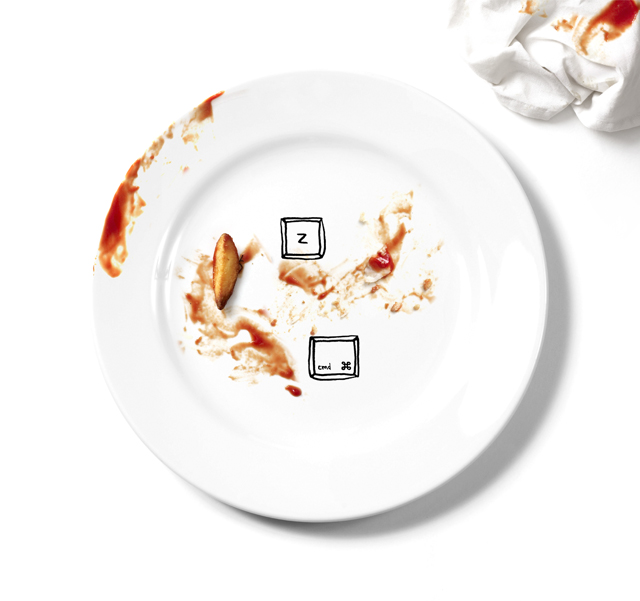 Not unlike kickstarter, Todd's plates are available for pre-sale at Ulule, a company that raises funds for the production and distribution of creative and imaginative products and ideas.

You can pre-order the set of 4 plates, which includes one of each version and then all the money will be used for production costs, printing, packaging and distributing and Todd will also start the process of finding design stores to distribute the series of plates. 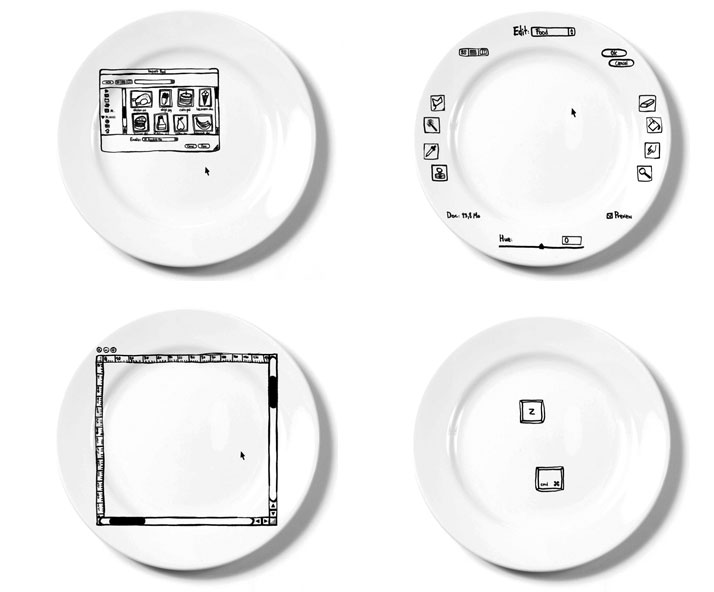 These plates are china and are dishwasher safe. Buy them here
About Todd Borka: 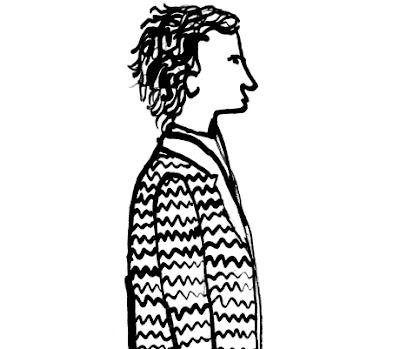 A French illustrator working for both youth literature and magazines, Todd likes mixing the aesthetic of indian ink with the multiplicity of possibilities offered by image editing software.

He says he spends most of his time in front of his screen hacking Photoshop... So, obviously, sometimes, it turns him crazy! I think it makes him creative.

See more of Todd's work at his site

a special thanks to Yatzer for briging Todd's work to my attention!