We've Heard Of Art As Currency, But What About Currency As Art? 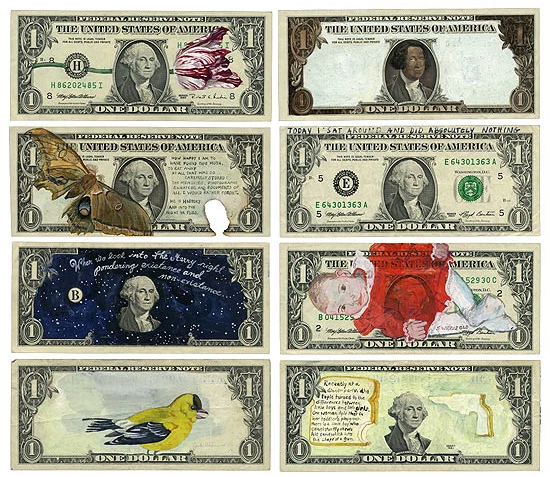 My Money, My Currency by Hanna von Goeler

"My currency work originated in California, while I was studying at UC Davis. I was very interested in camouflage at the time. This interest led me to create my first paintings on dollar bills, between 1992-94, in which I camouflaged/painted images onto and into bills. A death in the family led me to the east coast, and faced with the costs of living in New York City on an artist’s budget, I continued to paint on money."


Below are the works from her My Currency series: 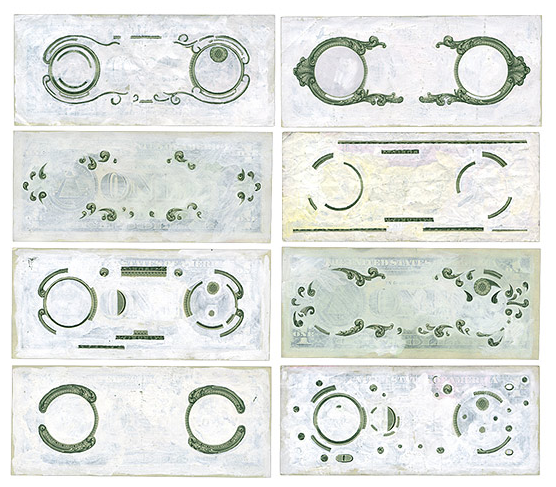 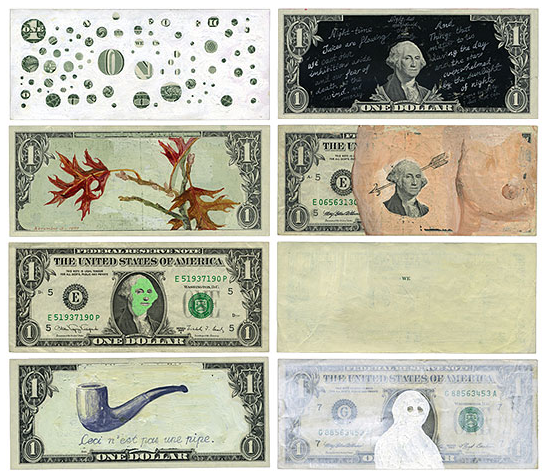 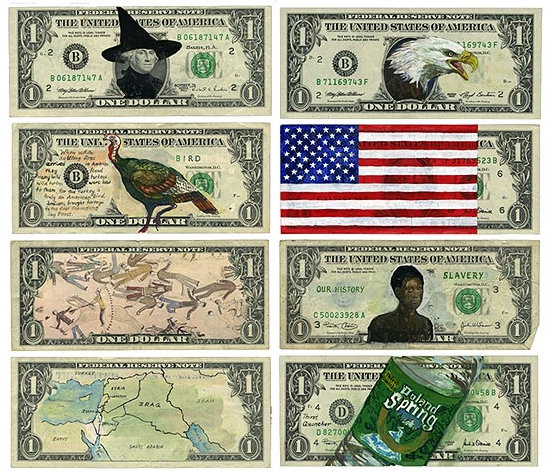 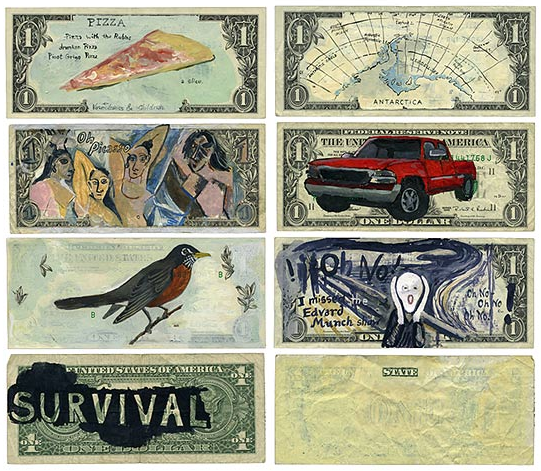 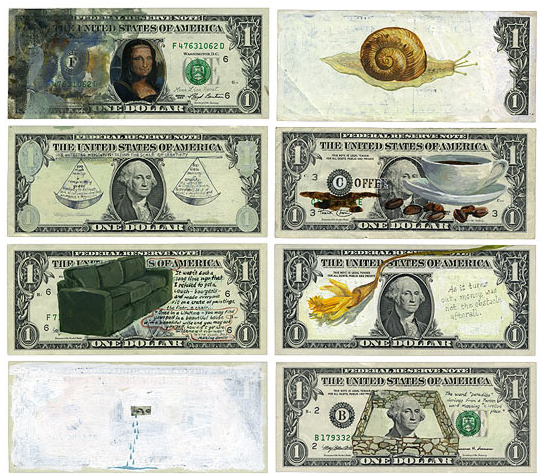 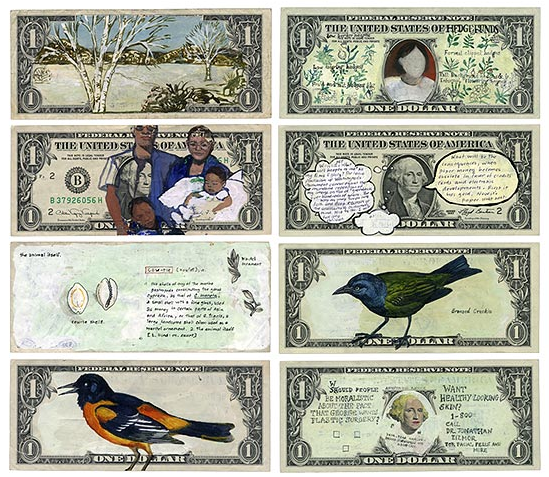 "Even today, with the global financial crisis at hand and with political and cultural currencies vying for power, my currency series continues to engage me and feel relevant. This set of work (the 11 pieces shown below) is not a one-time statement about some aspect of money, but a continued exploration of money, currency and agency in my life. It’s a great privilege and joy to show a selection of this work in California, where the seeds for this project were nourished”

The following 11 pieces are each for sale at the HANG art gallery in San Francisco.

A bit about the artist:
Hanna von Goeler is primarily a conceptual and project based artist, who also explores her interests in smaller works and sketches. She received a BFA from the Rhode Island School of Design and her MFA from the University of California, Davis. She completed additional post graduate study at the Jan van Eyck Academy in the Netherlands, a program which selects 25 participants annually from around the globe.

Hanna von Goeler’s ongoing currency project was selected by Robert Storr (former curator at the Museum of Modern Art, NYC and curator of the 2007 Venice Biennale) to be shown at Exit Art in New York City. Part of this series was also featured in the British publication “Another Magazine” as part of a special project highlighting Amercian artists. Five hundred pieces selected from her currency series will be shown as part of an upcoming solo show at the Hunterdon Museum of Art. In January of 2009, a solo exhibition in the Project Room at Sloan Fine Art in New York City, will feature a new installation.