Kanye Does Kicks For Louis Vuitton & His Live From Paris Message 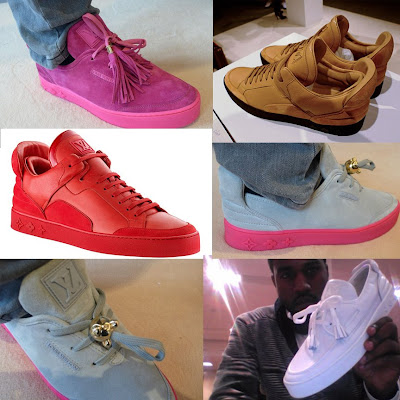 PARIS — Marc Jacobs and the Louis Vuitton men’s studio director Paul Helbers have some design competition this season. Kanye West, who was sitting front row at the Vuitton show, has designed a line of five LV sneakers. Only one design was featured in the show —(the red one shown above) a monochromatic midtop with no frills, save for a quilted flap in the back, all the easier to tuck pants into. 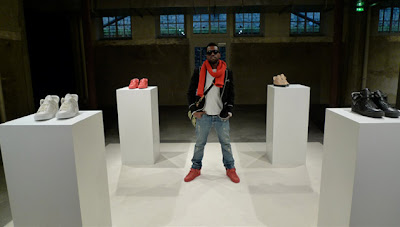 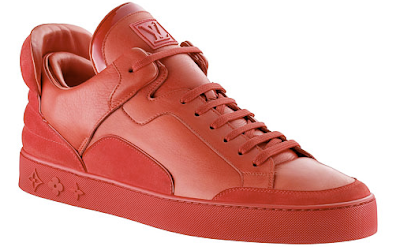 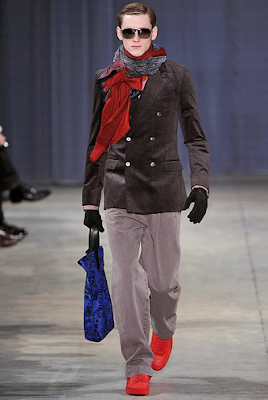 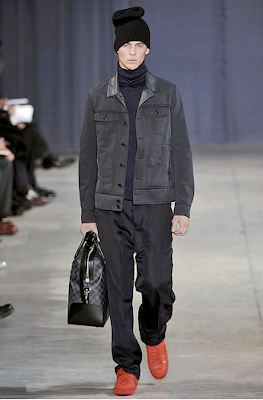 Above: kanye's shoe on the runway show in Paris

“The inspiration came from a jacket with a huge collar in the movie ‘Dune,’ ” West says. “Most sneakers focus on the tongue, so I wanted to do something different.” West knows whereof he speaks: he says he has no idea how many shoes he owns, but he does know that he routinely needs to send shipments off to storage. The LV-meets-Kanye kicks will be available at Louis Vuitton stores in June.

Here's a look at a few of the others: 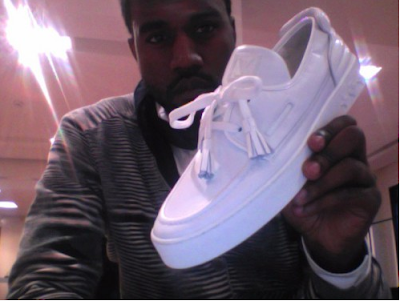 above: kanye shows off his Loafer for LV on his own blog. 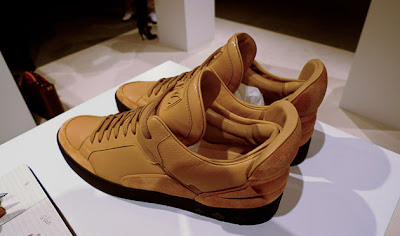 Above: Another of the shoe designs 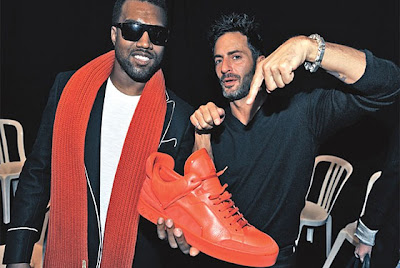 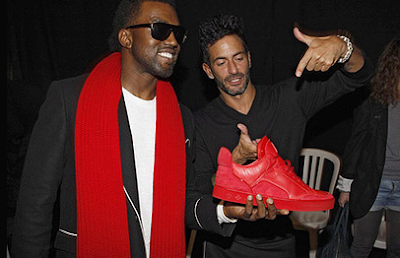 Above: Kanye and Marc show off the kicks at the Paris Runway show

On his own blog today, kanye put up some pics of LV shoes for ladies: 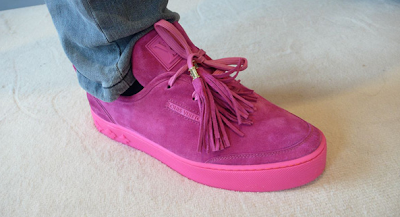 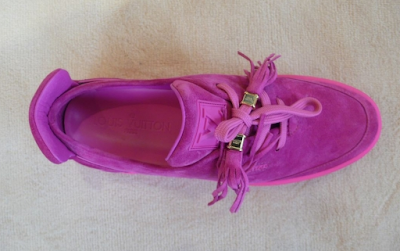 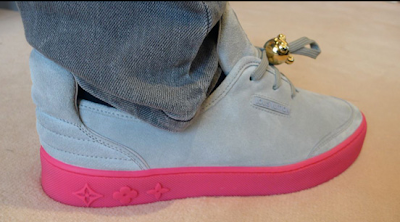 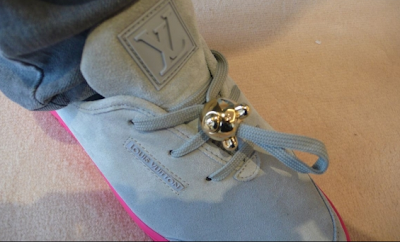 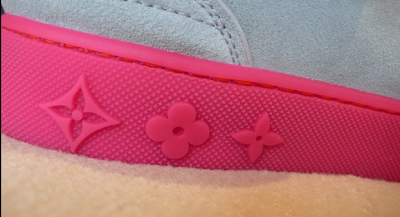 I do not know when or if the women's shoes are going into production, but will be sure to keep you posted!

Here's an interview with kanye about the collaboration, read it here.

UPDATE: the shoes drop tomorrow, here's the final line up, all the photos and the prices!