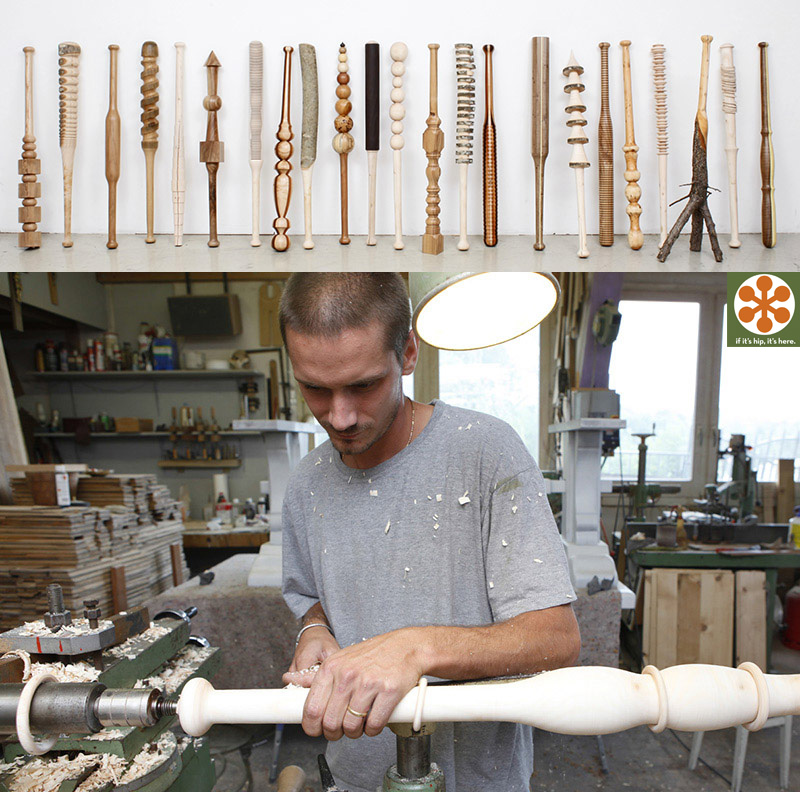 'Turnaround' is an artistic project by Vincent Kohler which focuses on the theme of the baseball bat. It consists of a collection of thirty baseball bats, turned on a lathe using different species of woods. Each bat is unique in form, and a book combining texts by various authors and photographs was specially done on the subject for this project. 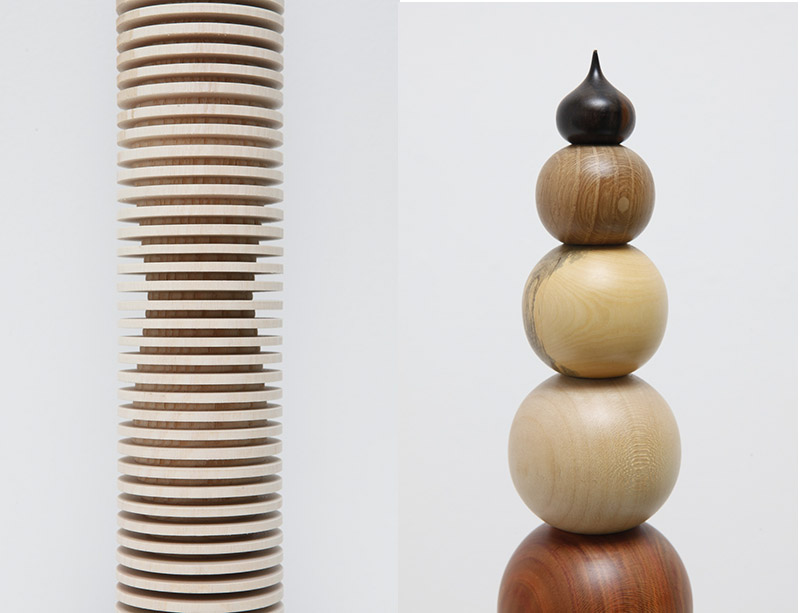 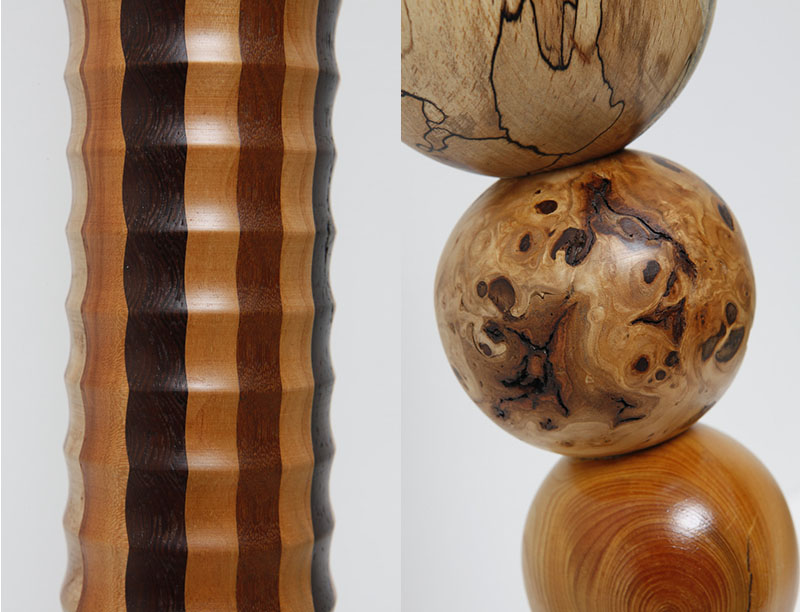 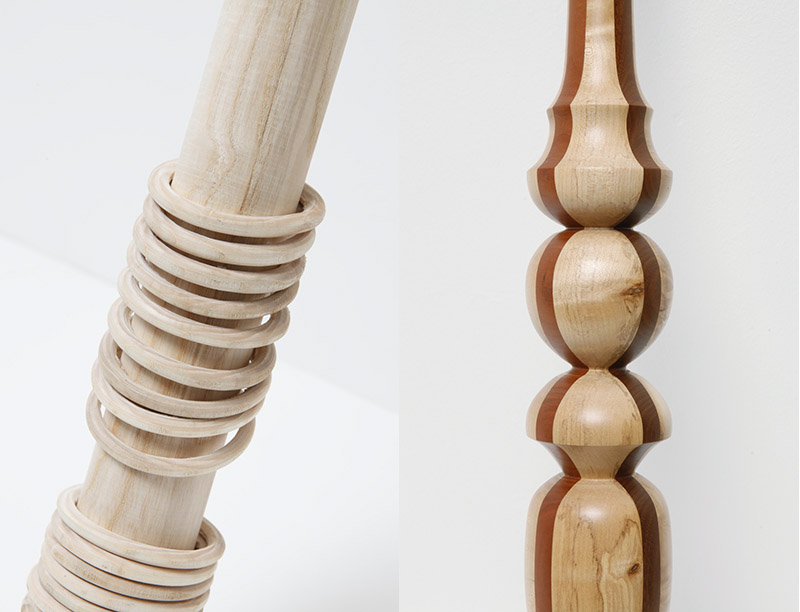 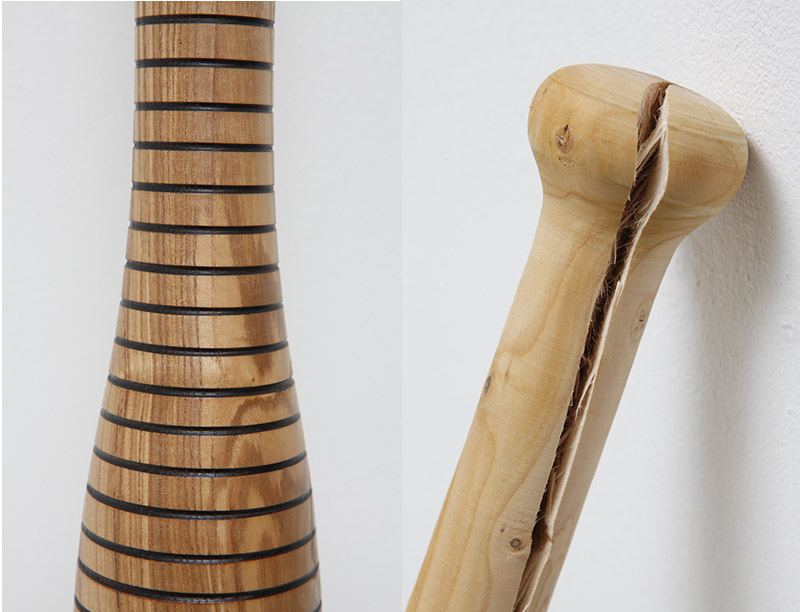 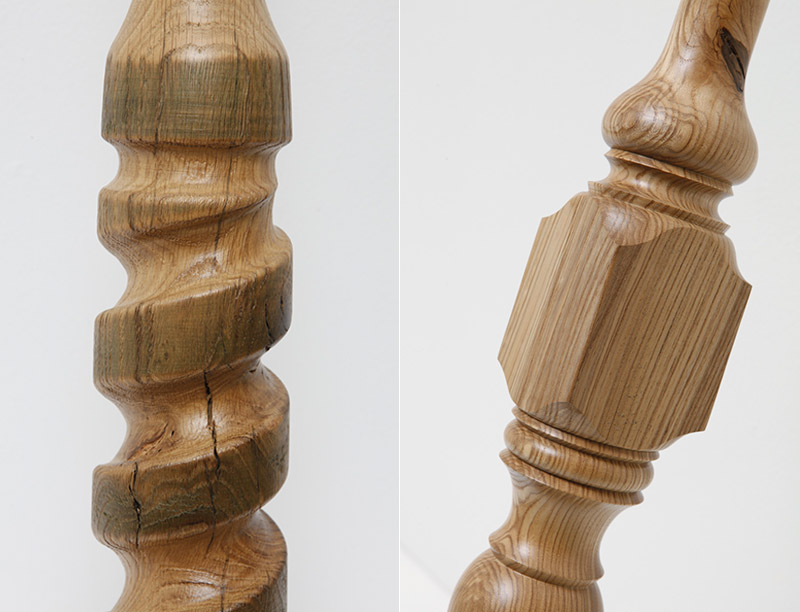 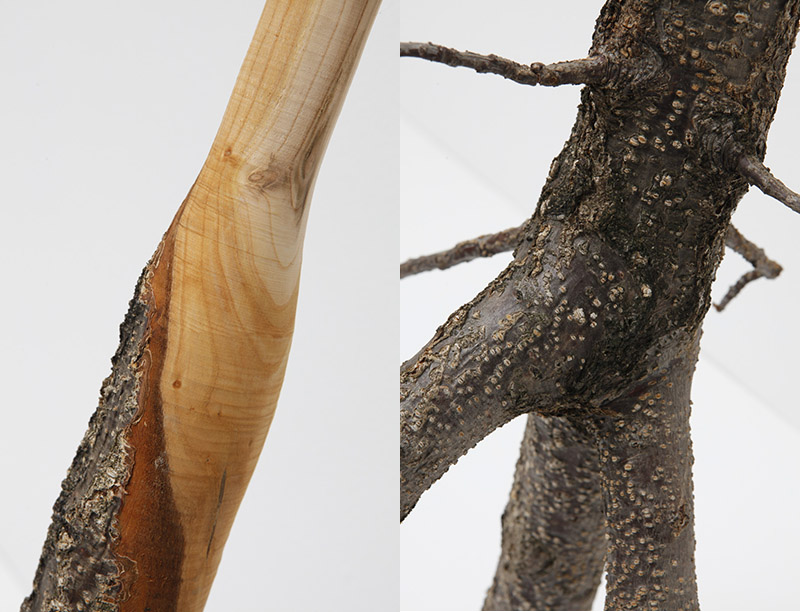 The bats in use by the Challengers Baseball Club of Zurich: 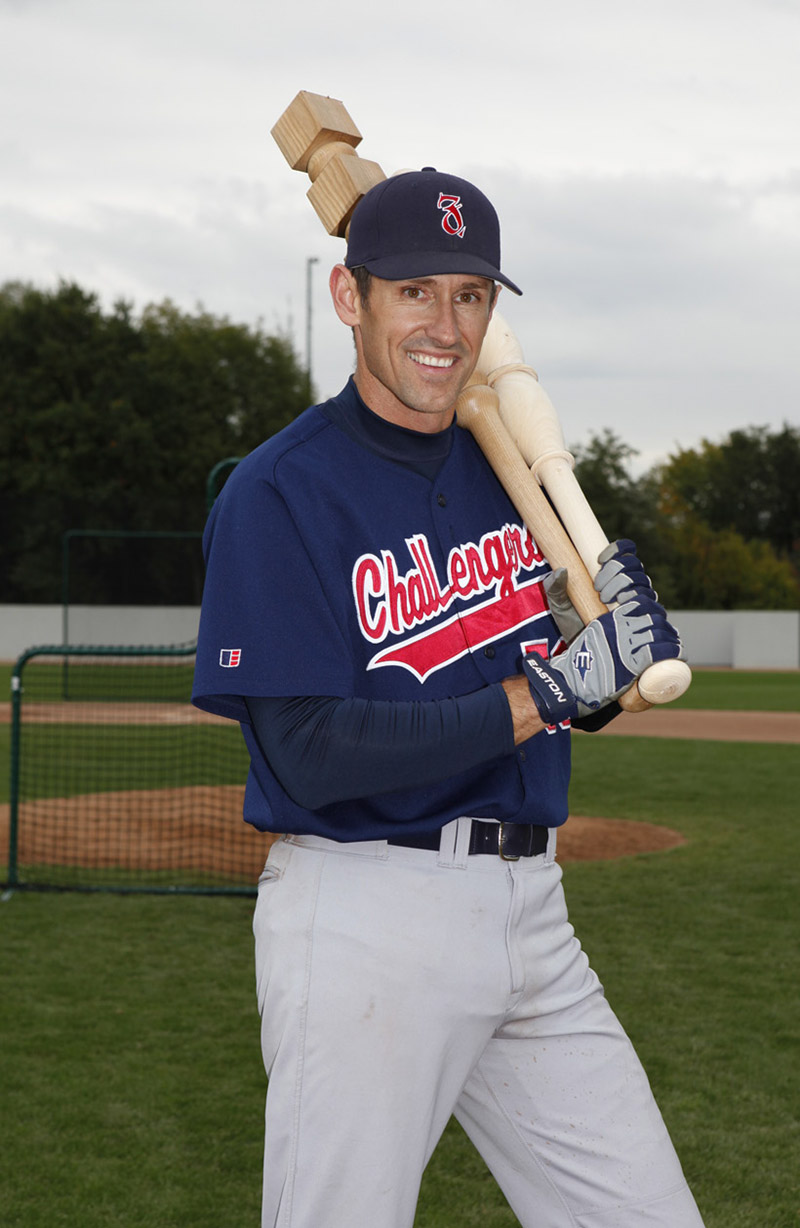 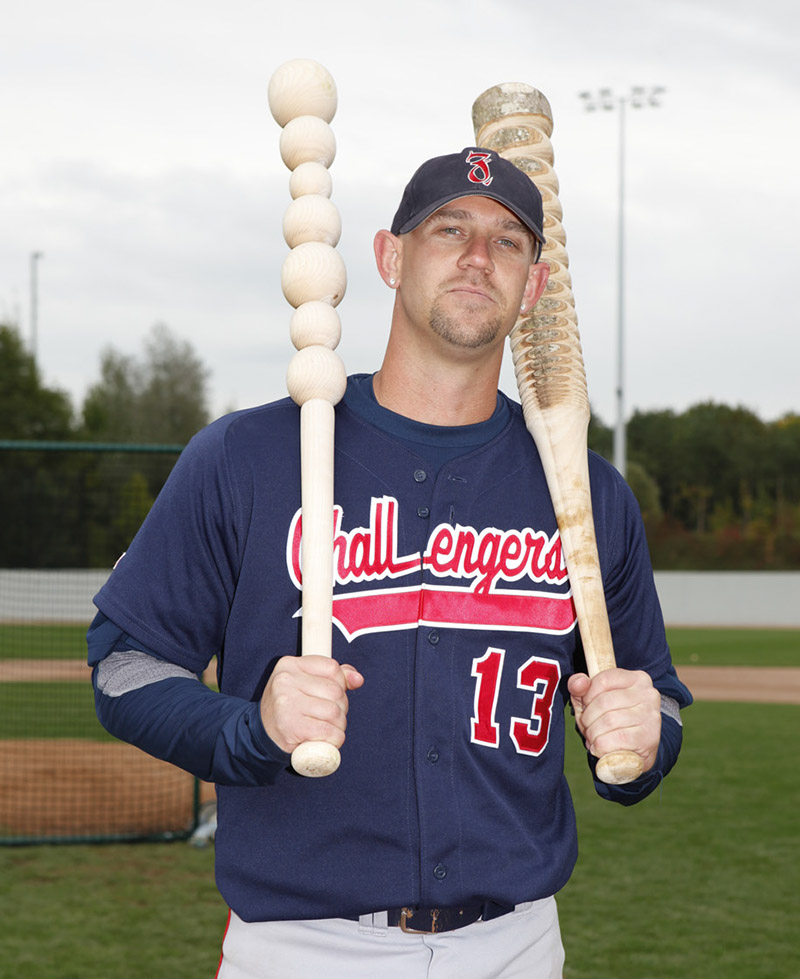 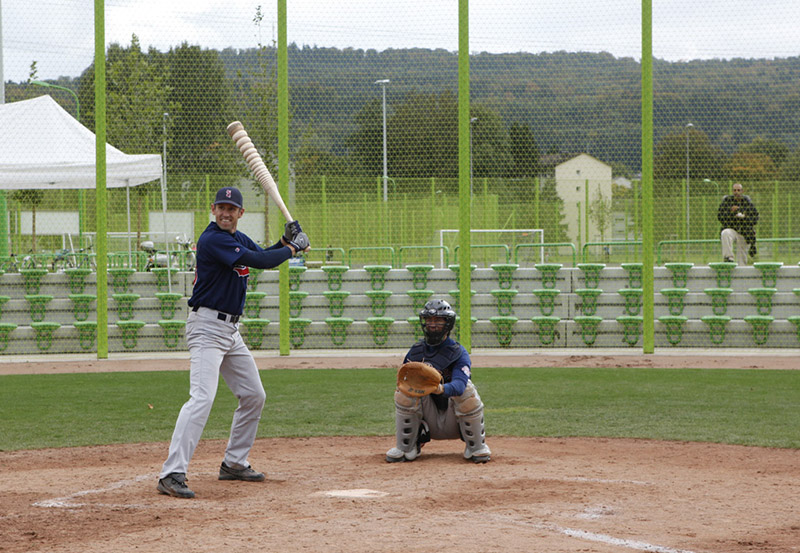 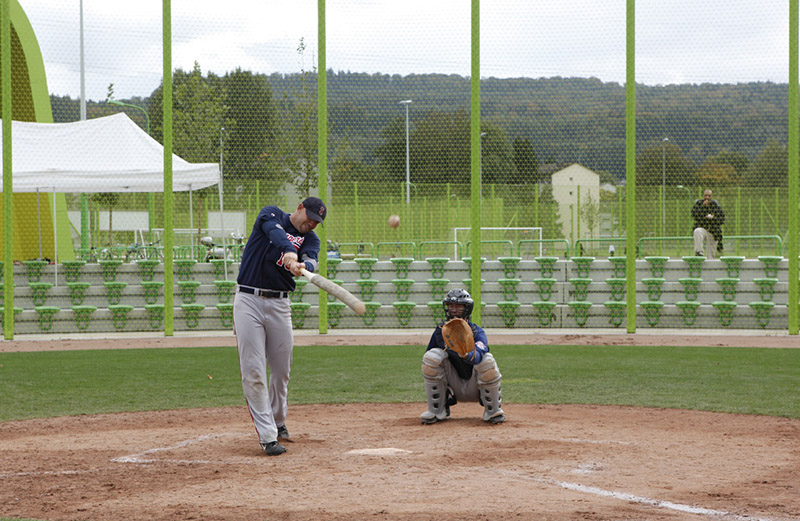 The project has been implemented thanks to the cultural percentage allocated to the building of the Heerenschürli sports center in Schwamendingen - Zurich, which includes the first ballpark in Switzerland that conforms to the game’s regulations.

(a) The bat shall be a smooth, round stick not more than 2 3 / 4 inches in diameter at the thickest part and not more than 42 inches in length. The bat shall be one piece of solid wood.
Note: No laminated or experimental bats shall be used in a professional game (either championship season or exhibition games) until the manufacturer has secured approval from the Rules Committee of his design and methods of manufacture.

(b) Cupped Bats. An indentation in the end of the bat up to one inch in depth is permitted and may be no wider than two inches and no less than one inch in diameter. The indentation must be curved with no foreign substance added.

(c) The bat handle, for not more than 18 inches from its end, may be covered or treated with any material or substance to improve the grip. Any such material or substance, which extends past the 18 inch limitation, shall cause the bat to be removed from the game.
Note: If the umpire discovers that the bat does not conform to (c) above until a time during or after which the bat has been used in play, it shall not be grounds for declaring the batter out, or ejected from the game.

(d) No colored bat may be used in a professional game unless approved by the Rules Committee.

Baseball fans will really appreciate the in-depth text that accompanies the project and it is available to read in French, English and German here.