Paperman - The Full Animated Oscar Nominated Short And Some Behind The Scenes Info. 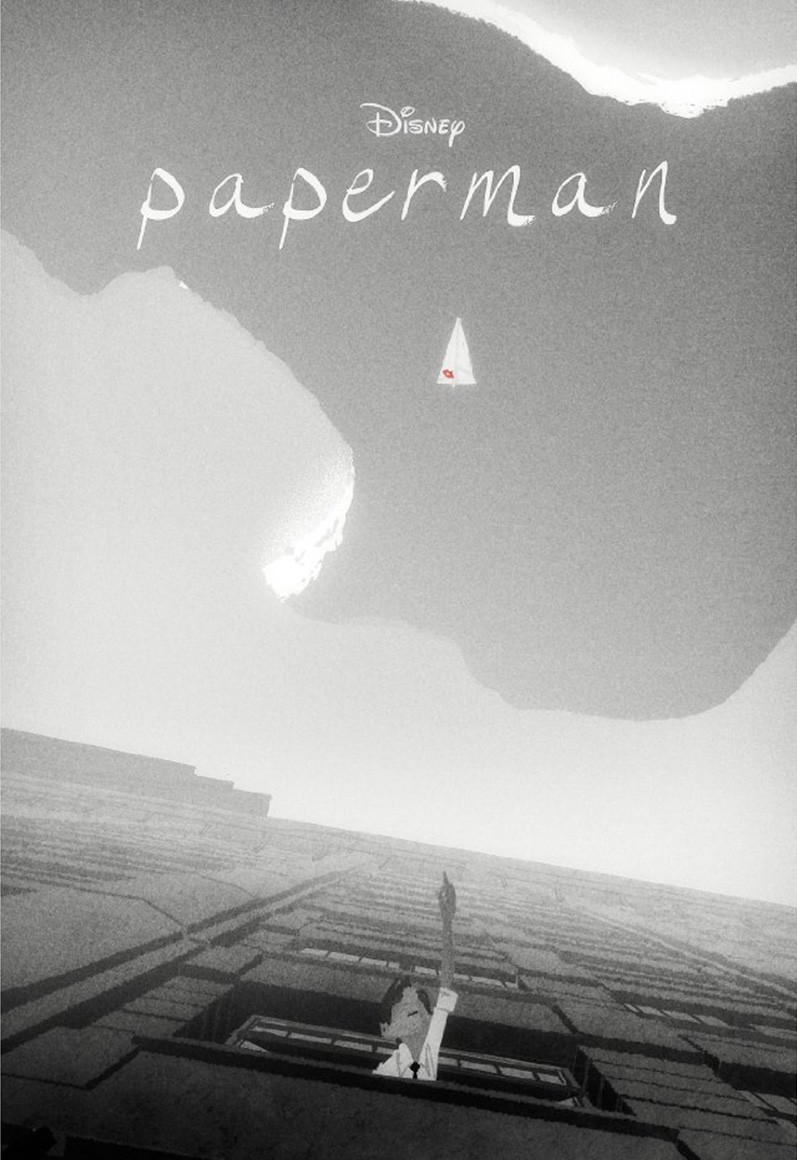 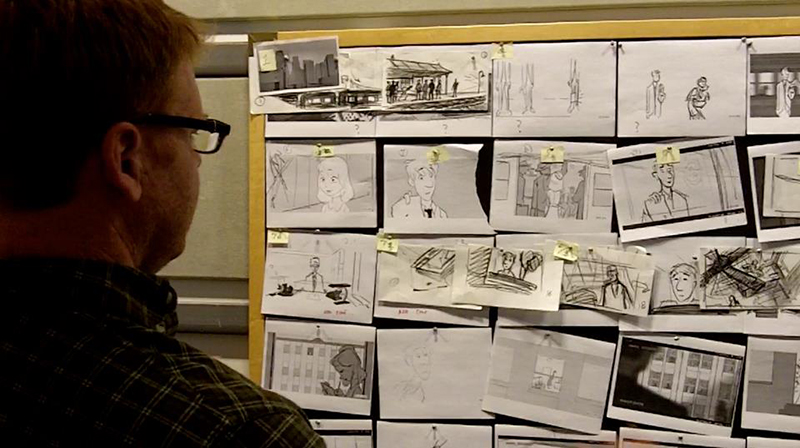 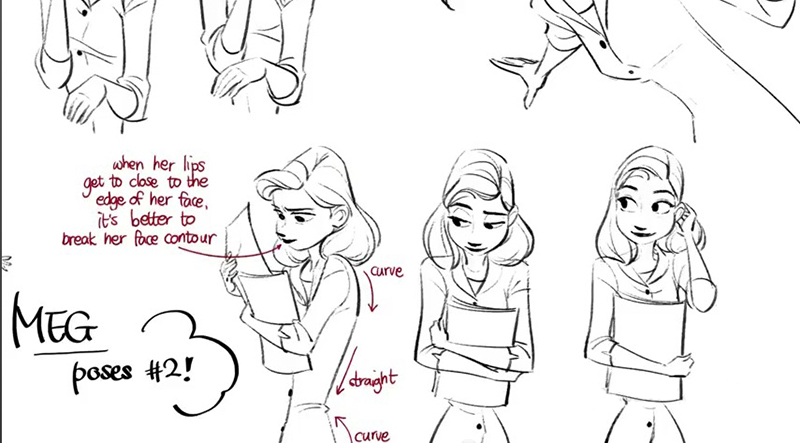 above: Paperman merges CG with hand-drawn illustrations for it's unique effect.

Using a minimalist black-and-white style, the short follows the story of a lonely young man in mid-century New York City, whose destiny takes an unexpected turn after a chance meeting with a beautiful woman on his morning commute. 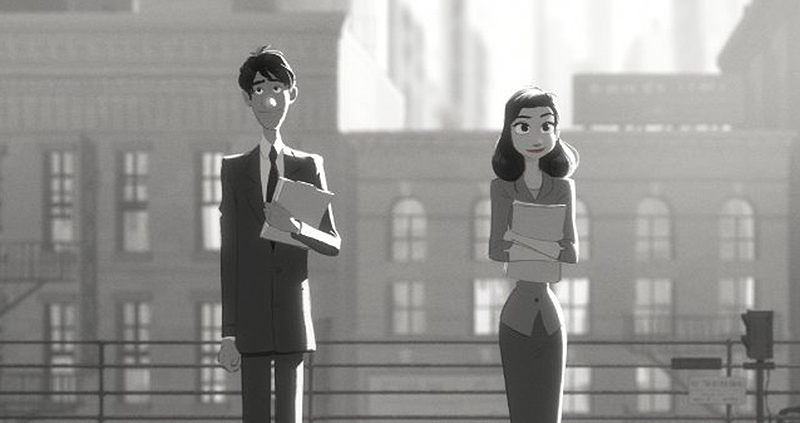 Convinced the girl of his dreams is gone forever, he gets a second chance when he spots her in a skyscraper window across the avenue from his office. With only his heart, imagination and a stack of papers to get her attention, his efforts are no match for what the fates have in store for him.

From the D23 blog:
Director John Kahrs began thinking about the basic premise for Paperman back in the early 1990s when he lived in New York City and commuted 38 miles each way to his job as an animator at Blue Sky Studios in Westchester County. “New York can be an intimidating place,” John says. “People tend to have their guard up when they’re going about their daily routine.

I can remember being on the train wishing I could make a connection with someone and have more of a social life. I would come back through Grand Central Station and go straight home. I kept thinking, ‘Here I am in the most amazing city in the world, and I’m just holed up in my apartment.’ Sometimes on my commute, I would see somebody and make eye contact and then that person would be gone forever. I started wondering what if that person was the one for me.

“I also began thinking about the notion of how a couple with a romantic connection would communicate across the big city,” John continues. “And this idea of throwing a paper airplane from one skyscraper to another was the visual hook that really got my gears turning. I started focusing on how this guy could reconnect with a girl he had made a connection with.”

John moved to California in 1997 to work for Pixar Animation Studios; the idea for Paperman continued to intrigue him. He developed it as a short film and edited together a rough version, but it wasn’t until he came to Disney in 2007 and completed his assignment as a supervising animator on the studio’s 2010 hit feature Tangled that things began to happen. Encouraged by the directors of Tangled, Nathan Greno and Byron Howard, and inspired by the artistic guidance of legendary Disney animator Glen Keane, John began to see new possibilities for bringing Paperman to the big screen.

Watch director John Kahrs talk about the drawings for Paperman: