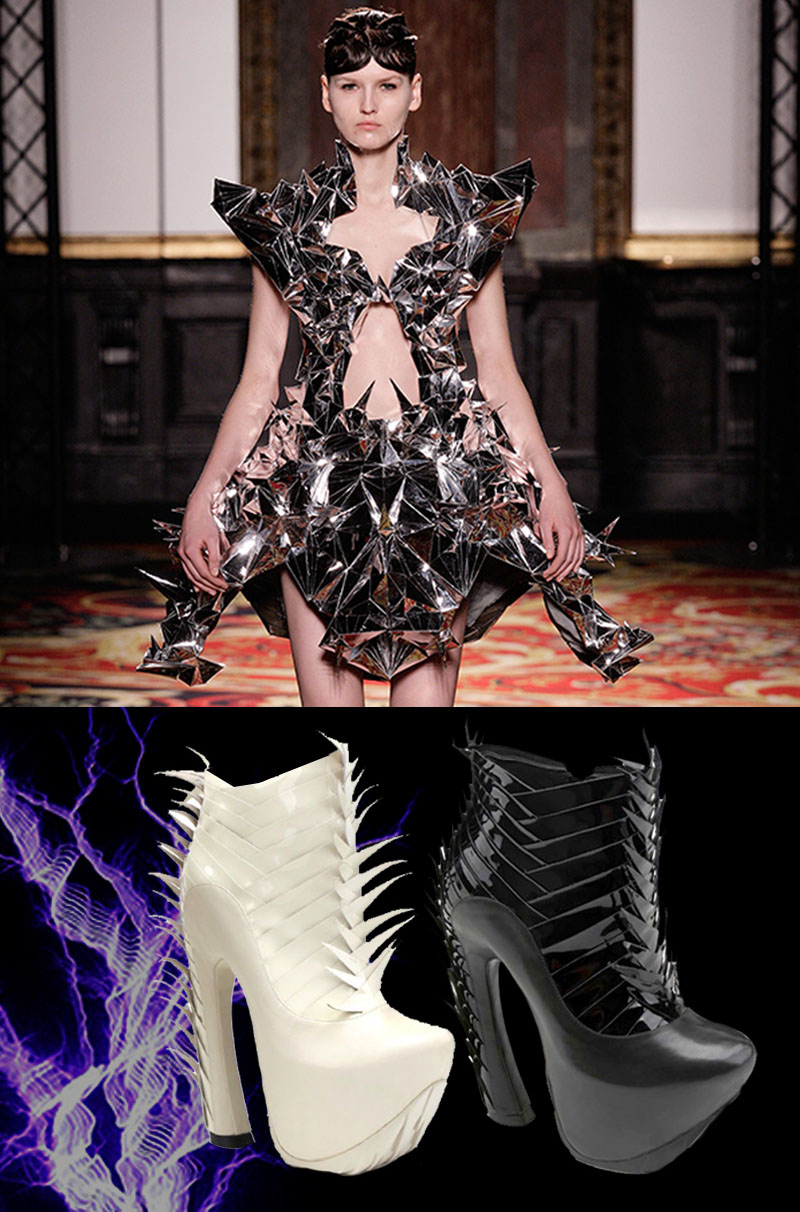 The edgy fashion designer from the Netherlands does it again with her latest shoe design for United Nude, part of her latest Haute Couture Collection named Voltage, all of which is shown after the shoes.

The Voltage Shoes by Iris van Herpen for United Nude:
Continuing the collaboration for the seventh season, United Nude and Iris Van Herpen joined forces to create another shoe for her Haute Couture show in Paris. These handcrafted leather ankle booties were made for Van Herpen’s Voltage collection and their availability will be very limited. 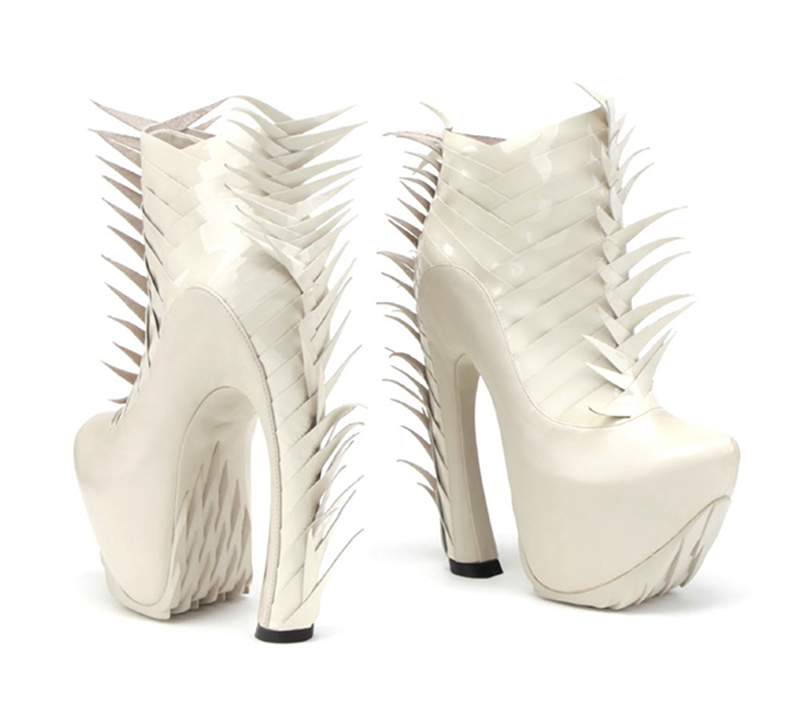 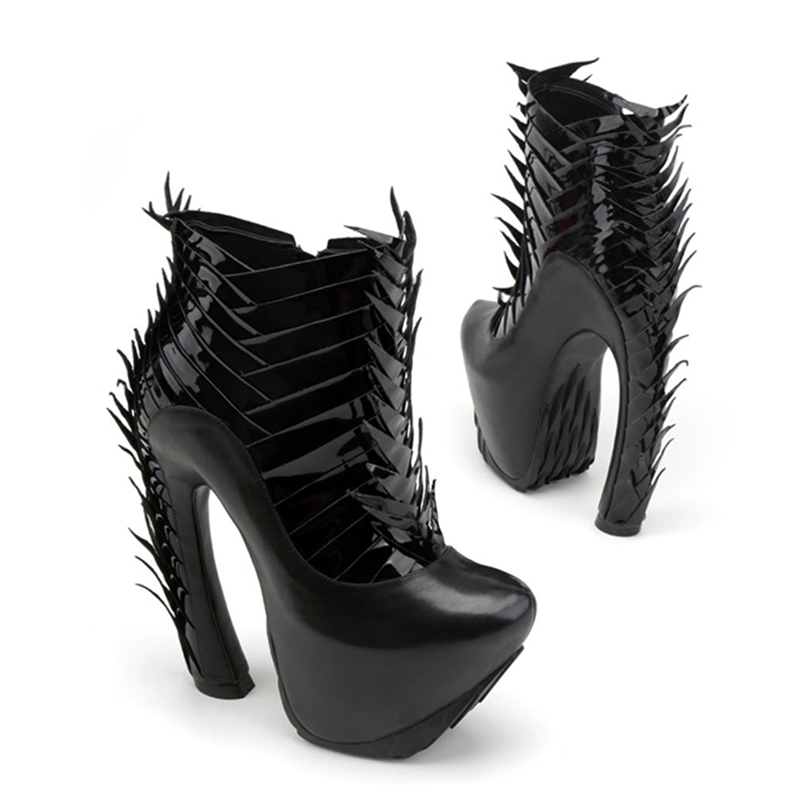 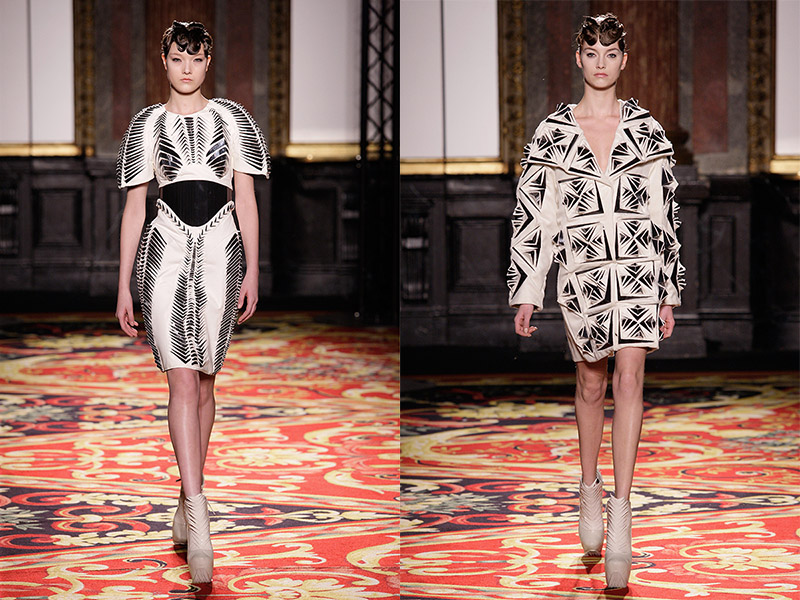 For her fourth collection presented in Paris as a guest member of the Chambre Syndicale de la Haute Couture, Iris van Herpen explores the idea of electricity and the light it creates. Experimenting with its use in the field of creation, this collection seeks to render its tangible movement and power. 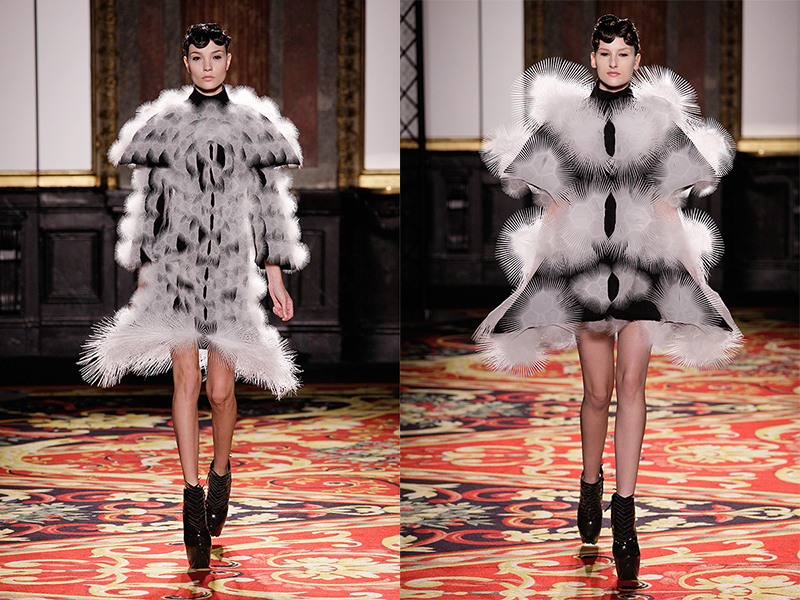 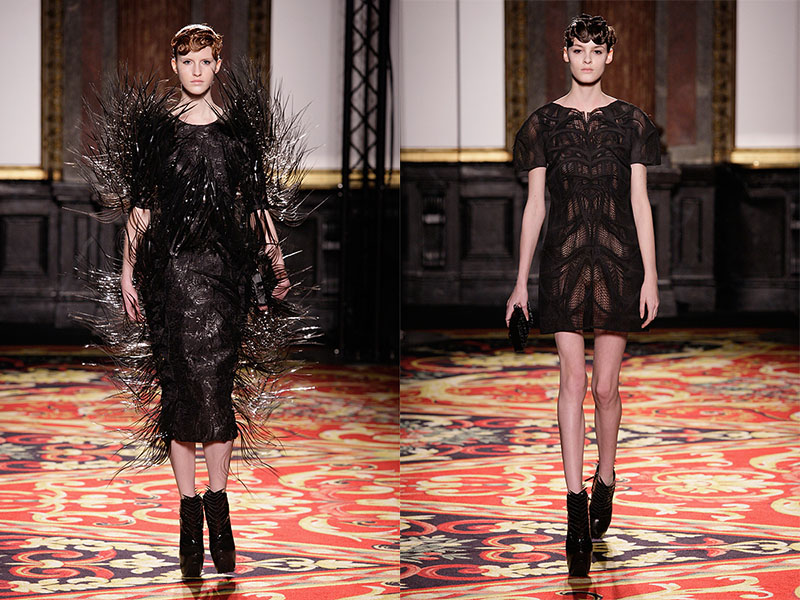 This light and electricity’s ability to change states and bodies is being reproduced using the most innovative technologies. Described as an alchemist fashion approach, Van Herpen’s designs perpetually initiate new collaborations with artists, architects and researchers. 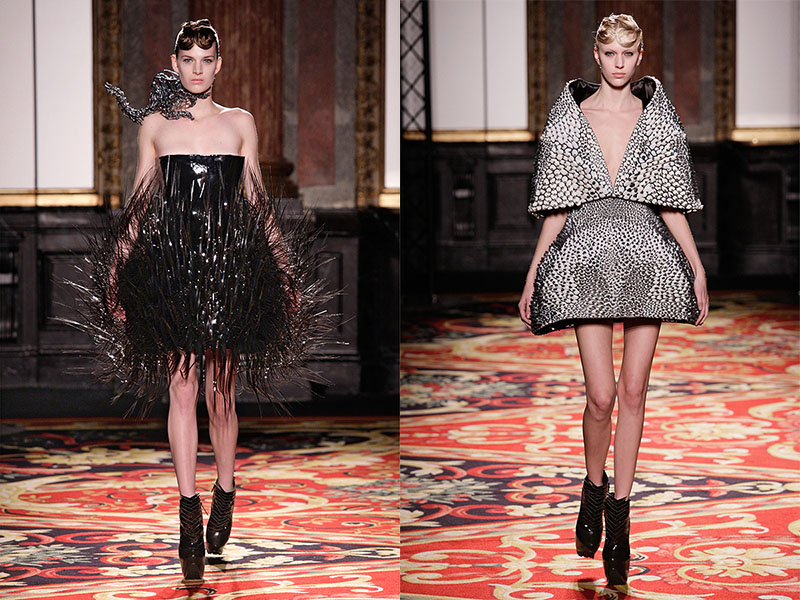 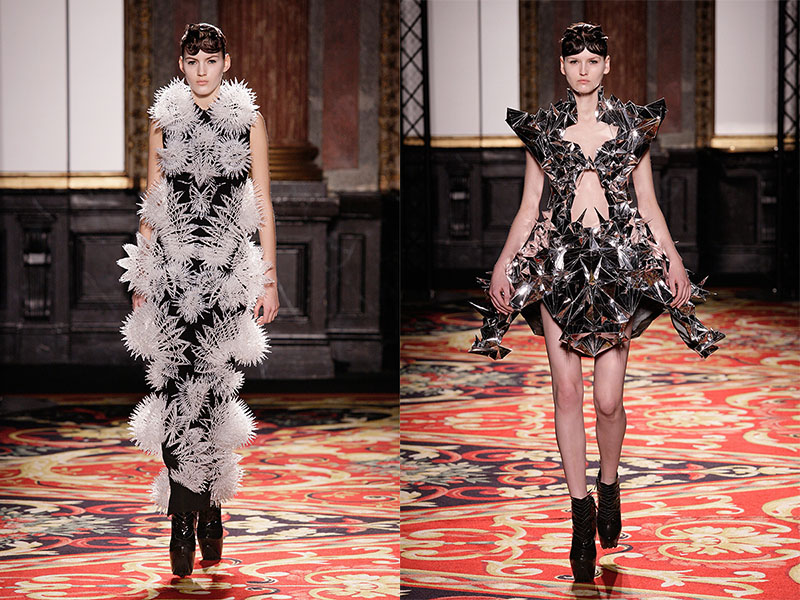 As part of the show there was a performance arranged by New Zealand artist Carlos Van Camp, echoing his notion of controlling high voltage electricity and its interaction with the human body. Van Camp became known for founding “The Lords of Lightning,” an innovative show that depicts two fighters exchanging real lightning with three million volts running through their bodies. 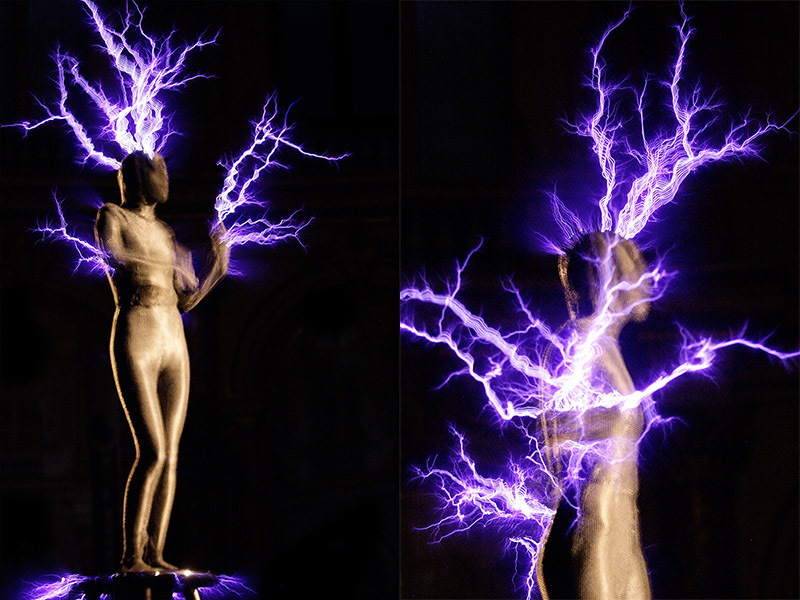 Van Herpen shares Canadian architect Philip Beesley’s fascination with materials and structures. They focus specifically on how the reaction of chemistry and electricity causes structures to respond to their environment and react as living beings.

Iris van Herpen is also know for being todays leading fashion designer in the use of 3D printing. Drawing on the idea of movement, this technical revolution is the result of collaborations with Neri Oxman Keren Oxman of the MIT Media Lab, architect Julia Koerner, and Materialise.