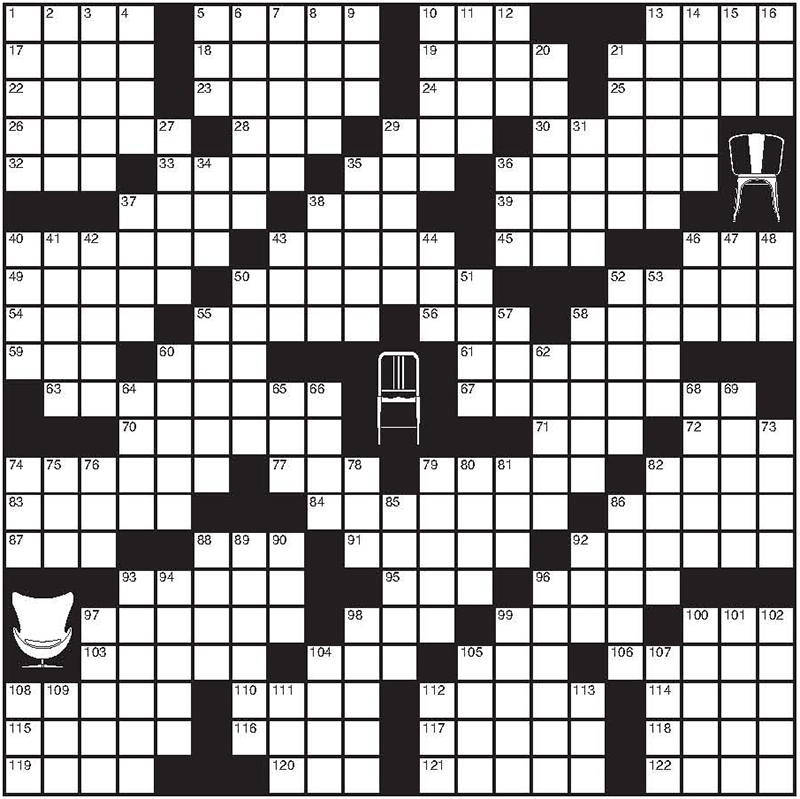 Design Within Reach and the New York Times have teamed up to create a very special crossword puzzle for architecture and design enthusiasts that appeared in today's issue of the NY Times T Design Magazine.

For those of you who do not get the New York Times, I have recreated it here for you along with all the clues and some special hints, courtesy of DWR.

This puzzle will also appear in today's October 7 issue of T Design (see page 60) in The New York Times.


HINTS TO A FEW CLUES from DWR:

23. A chair to tiptoe through
Visual hint: This chair was designed by Eero Saarinen in 1956.

DOWN
27. They designed and lived in Case Study House #8
Visual hint: