Toy Boarders - A Peaceful Twist On Toy Soldiers For A New Generation. 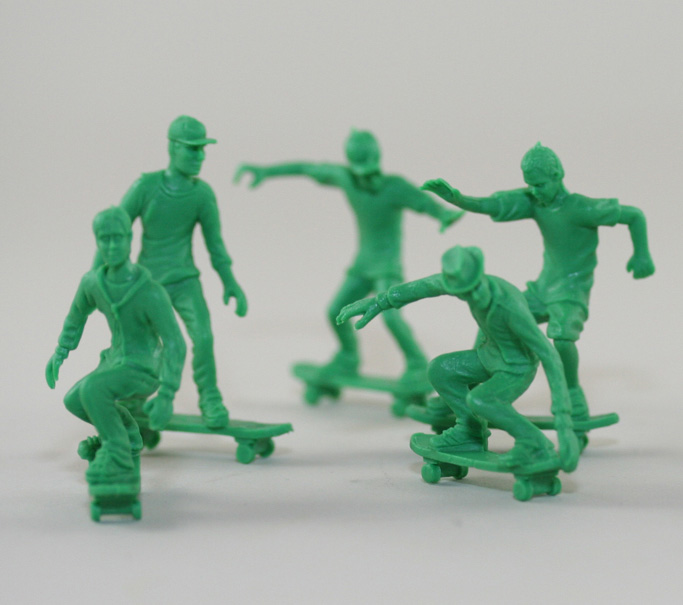 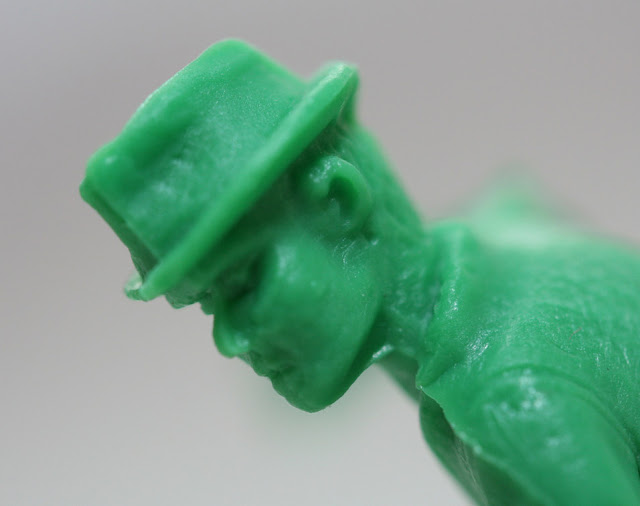 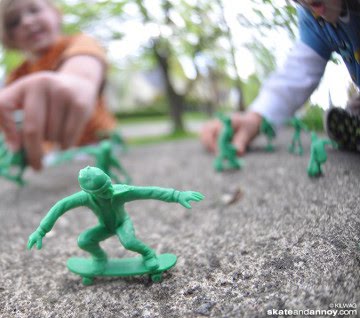 Move over green Army Men, now we've got green thrashers to play with. AJ's original Toy Boarders are skate, surf and snowboard inspired plastic action figures that - like little classic toy soldiers, are plastic, green and ignite the imagination - but unlike toy soldiers, do not promote violence. 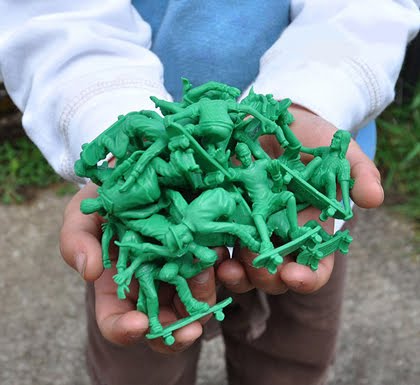 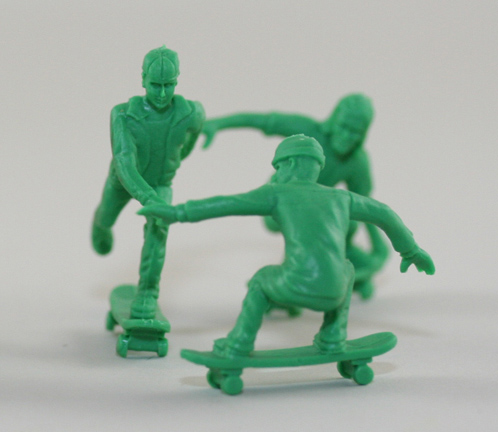 Allowing your child to turn your the outdoors, your home or any object within it, into a skate park, the 8 differently posed boarders are true to form and nicely detailed - although there's not a single female in the bunch. ToyBoarders poses include Pushing, Nose Grab, Smith, Cruising 1, Cruising 2, Nose Manual, Tail Grab, and Ollie and come 24 pieces to a package for only about $5. 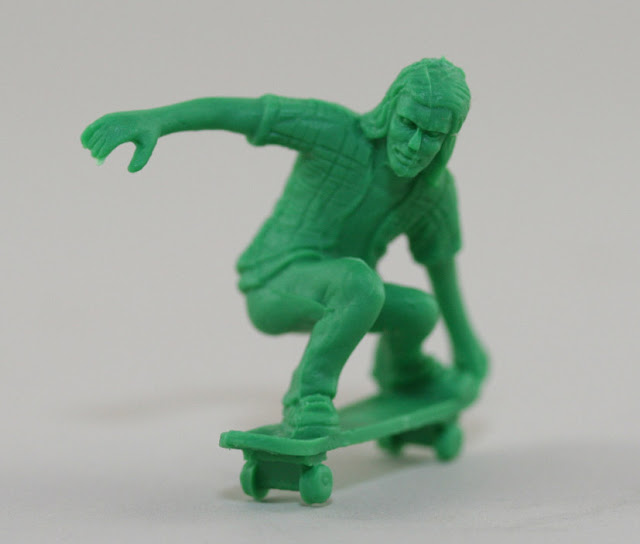 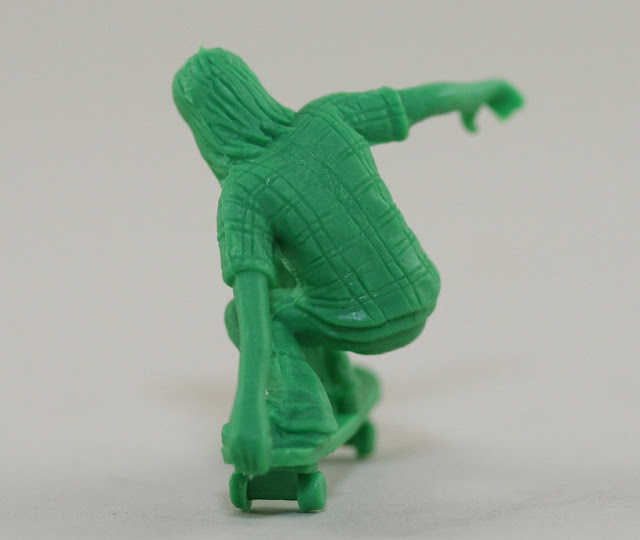 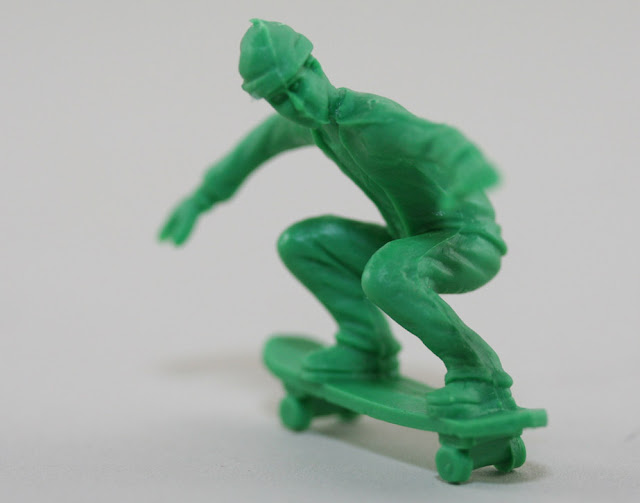 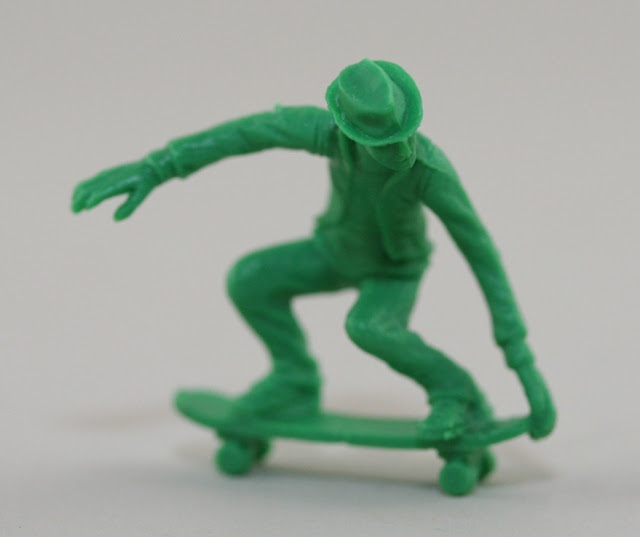 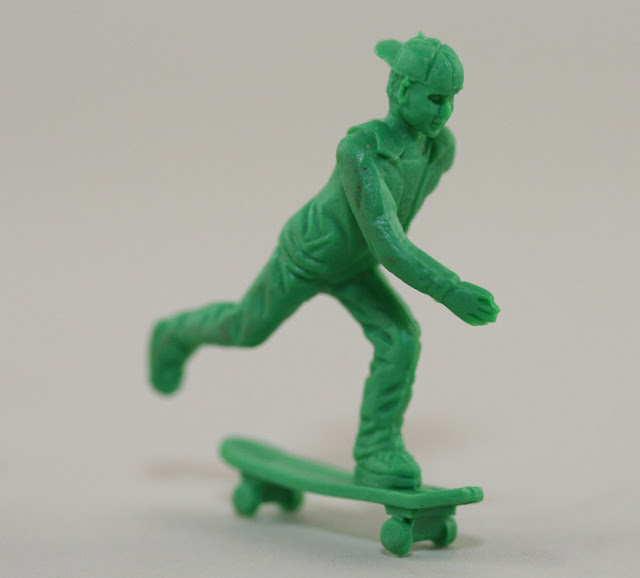 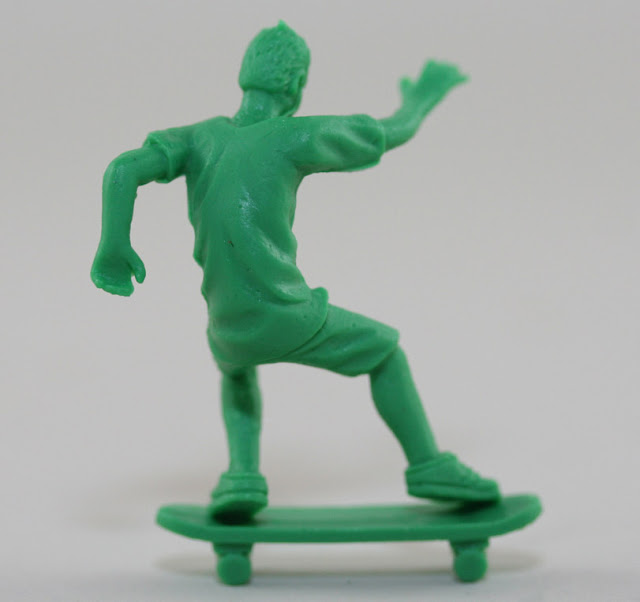 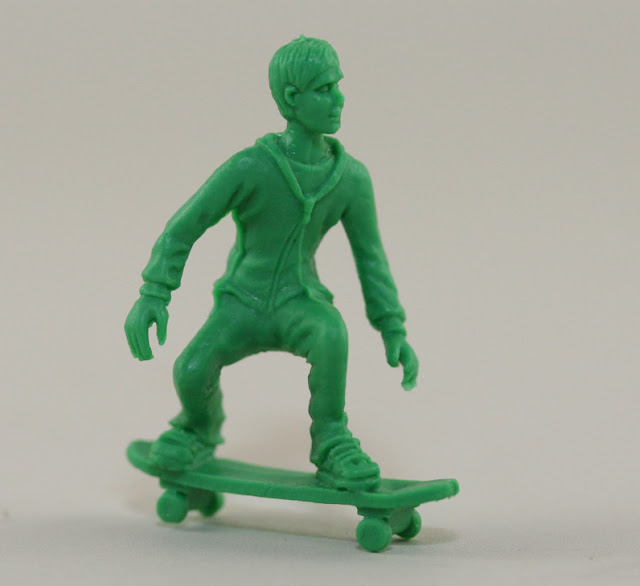 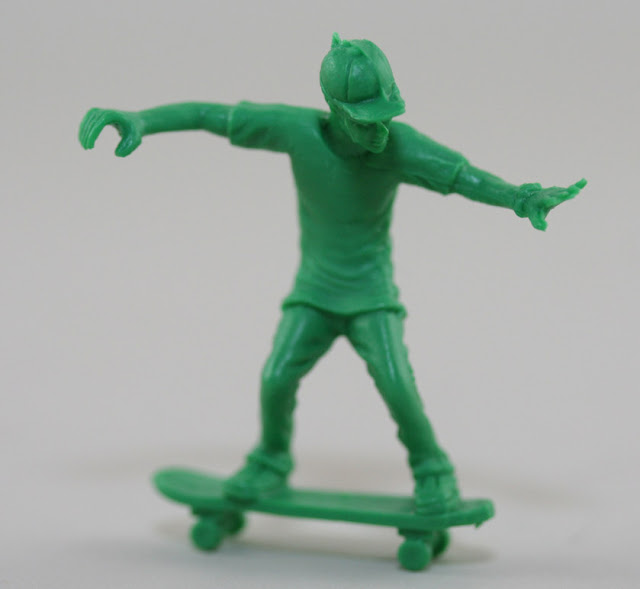 above individual and detailed images courtesy of Plastic and Plush

You can even use them as cake and cupcake decorations. 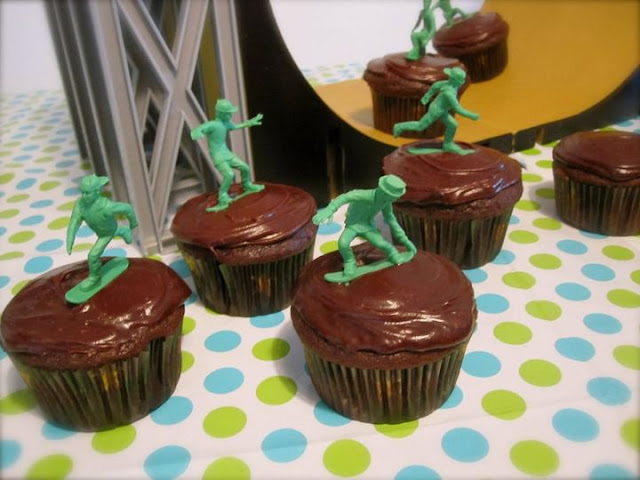 AJ's also sponsors video contests monthly. Make a Movie like the one shown below using your AJ's TOY BOARDERS. Every month AJ's will feature your video on their site & the winner will receive a free skate deck. Submit your Videos to them contest@ToyBoarders.com 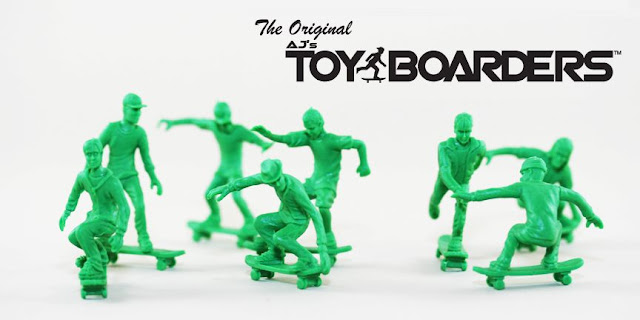 A special thanks to Sean Alvarez for tipping me off to these!