On Foot, Always On My Mind & Cyclops: 3 New Watches From Mr. Jones 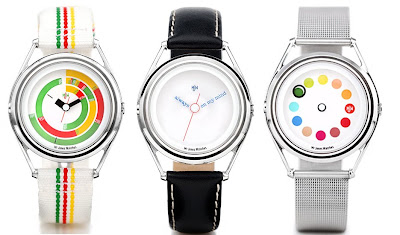 Mr Jones Watches has just released three new models, their third limited edition series of unusual and fun wristwatches. The new watches are called Always on my mind, On Foot and Cyclops. They are produced in an initial limited edition of 100 pieces. Each watch is numbered on the back of the case and signed on the insert card by the designer, Crispin Jones. 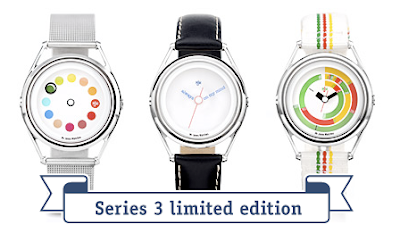 Each also has specially commissioned limited edition artwork on the packaging by Debbie Smyth. Inside the box you'll find the guarantee card - every watch is guaranteed for 12 months from the date of purchase against any original manufacturing defect.

Always On My Mind: 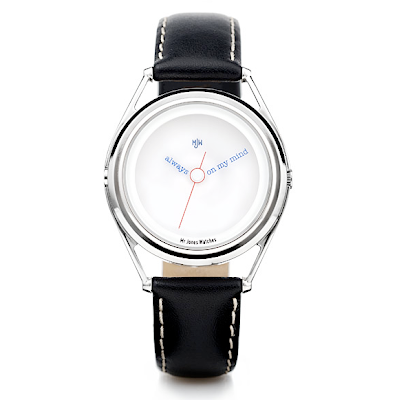 The hour and minute hands of this watch spell out "always on my mind" in an endearing typewriter font, as if each of the letters has been tapped out by hand. This watch is nostalgic for a time when love letters were something you could hold in your hand. Certainly Mr Jones’ most sentimental watch to date, it is the perfect gift for the one you love. 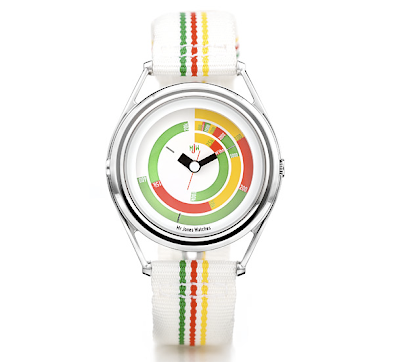 On Foot displays the world record times for running different distances. Three arcs map the records to the hours, minutes and seconds on the watch. The outer arc shows records of less than 60 seconds: 100m, 200m and 400m; the sweep of the second hand corresponds with span of each record. The two inner arcs align with the minute and hour hand respectively, for records of under and over one hour, showing distances from 800 metres all the way up to 100km. 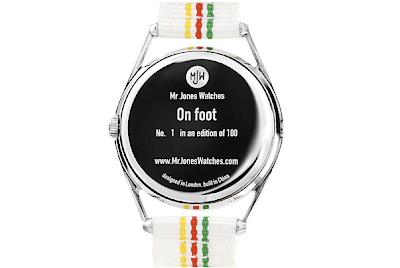 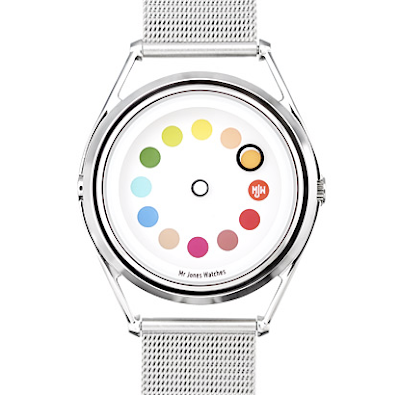 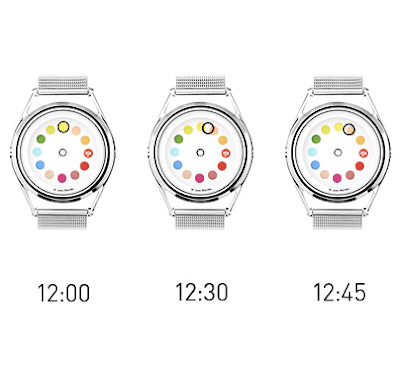 Cyclops dispenses with a conventional arrangement of hour, minute and second hands; instead a single hour marker passes around the coloured dial. Each hour is represented by a different coloured circle, the black hoop gradually passes over each circle to indicate the time.

The limited edition version of Cyclops sold out in just five days. However, they will be reissuing the watch as part of their permanent collection later in the year. 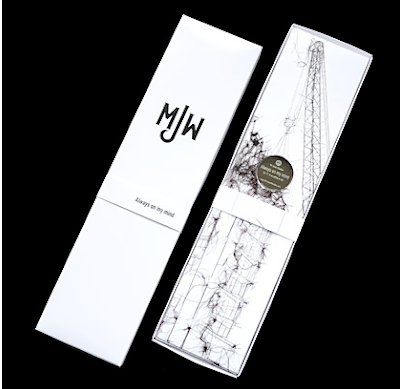 above: the presentation boxes for these three watches feature specially commissioned artwork by Debbie Smyth. 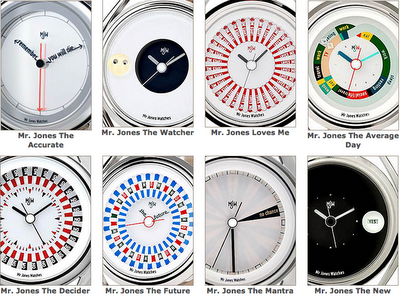 To see the rest of Mr. Jones watches and learn about the designer, the brand and the packaging, go here.