Funky Find Of The Week: The Sealpelt & The Babyseal Body Blankets 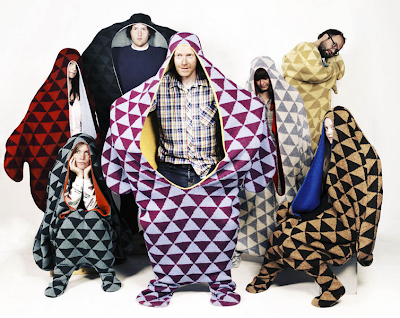 I wrote about the the Shivers, the Slanket and the Snuggie. Then the down bodybag, the Lippi Selk Bag and now, I have discovered the Sealpelt!

As far as body hugging warmth in textiles, this is the most interesting looking. As long as you don't mind looking like a wool penguin-- and don't plan on leaving your home.

The cozy one piece 'pelt' covers your feet, arms, hands and head is made of 100% Nordic wool. Birkiland describes it with a bittersweet little folktale:

In the Icelandic myths, seals are believed to be condemned by humans.

One ancient story from the south of Iceland is about a farmer who early one morning finds a sealpelt lying on the beach. In a cave nearby, he hears voices and music. He takes the sealpelt home and hides it in a wooden chest.

Few days later he returns to the beach and finds a crying, naked, young woman sitting on a rock. He brings her to his house where she stays, but he never tells her about the pelt. As time goes by they get married and have children. But the young woman is restless and often stares quietly out of the window at the ocean. One day when the farmer goes fishing, his wife accidentally finds the key of the chest, opens it and discovers the missing pelt. She takes leave of her children, puts the pelt on and before she dives into the ocean she says: "I am vary anxious, with seven children on land an seven in the sea." She never comes back but the farmer misses her terribly.

Later when he goes fishing there often is a seal near his boat and its eyes are filled with tears. It is said that the farmer becomes a very lucky fisherman. And when his children play at the beach there often is a seal swimming close to land. Sometimes it brings them beautiful stones and colorful fishes. But their mother never returned.

100% Icelandic wool, nine color combinations shown below. There of two (the polka dotted ones) mixed by the Danish designer Henrik Vibskov.: 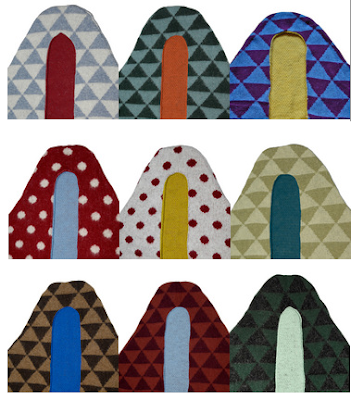 And the one for baby is sooo adorable!
The Babyseal by Vik Prjonsdottir 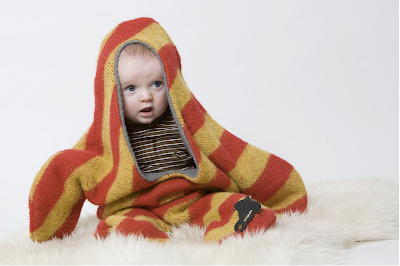 The Babyseal is a blanket that can be worn by children age 0-2 years or be used as a blanket in a carriage. 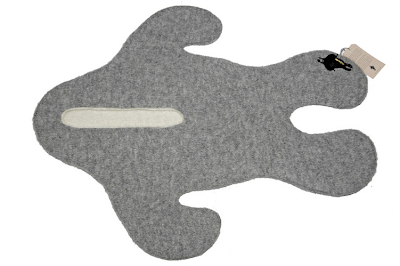 100% Icelandic wool, four color combinations, the one above and three below. 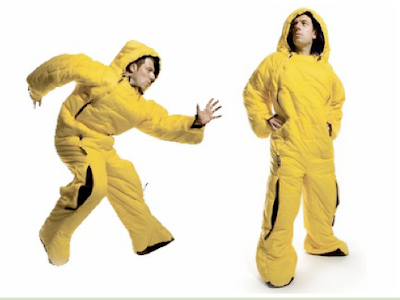 If you don't know about the revolutionary sleeping bag system, the Lippi Selk bag (above), you can check it out here.