Pentagram's Daniel Weil Designs A Clock For An Architect 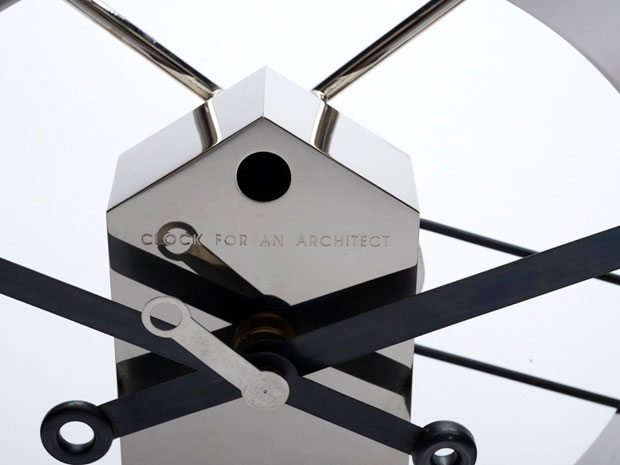 Privately commissioned to create a gift for an architect, Daniel Weil created a one-of-a-kind clock that is both simple and complex. Reducing objects to their component parts has long fascinated Weil. The Radio in a Bag* he created for his degree show at the Royal College of Art three decades ago is an icon of 20th century industrial design. This clock is the latest demonstration of his interest in investigating not just how objects look, but how they work. 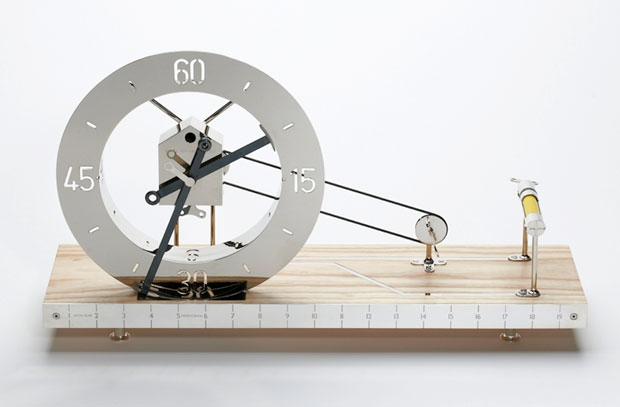 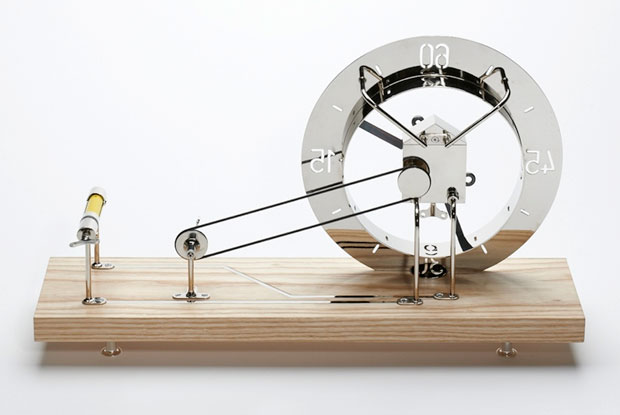 Constructed in ash and nickel-plated brass and silver, the clock is built of five separate elements. The numbers, both hours and minutes, are inscribed on the face and interior of a 9 3/4-inches diameter ring. 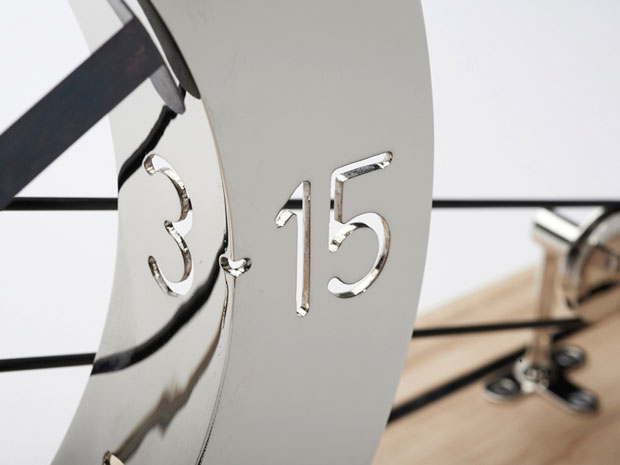 The mechanism for setting the time connects with the central mechanism with visible rubber belts. 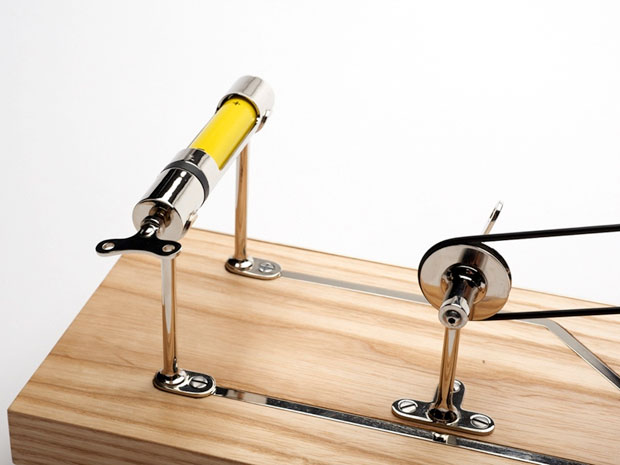 A single AA battery provides power to the clock through visible power strips that are recessed in the assembly’s base. (Note the different screws that support the battery stand, keyed to the positive and negative poles of the power source.) 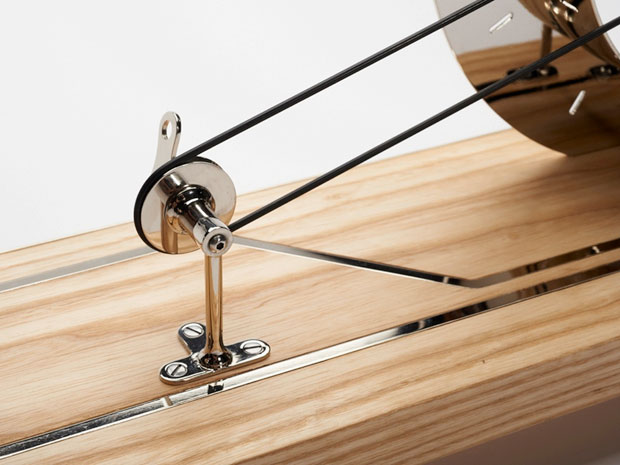 And, befitting the object’s recipient, the housing for the central mechanism takes the form of, literally, a house. 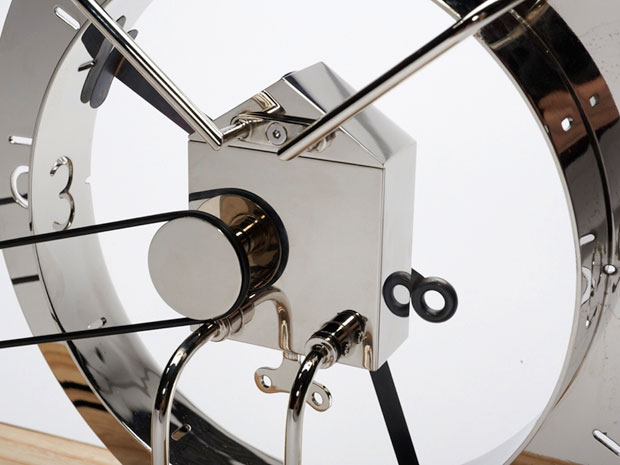 Daniel's sketches for the clock: 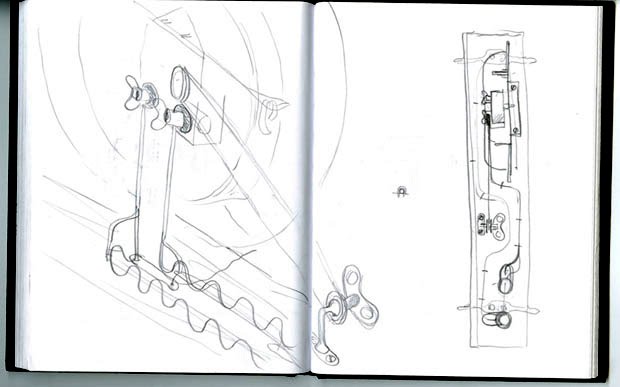 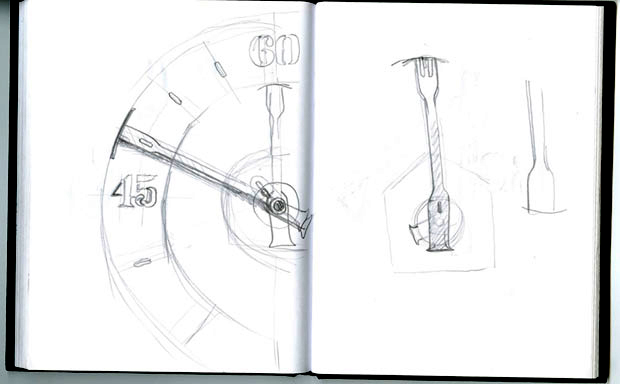 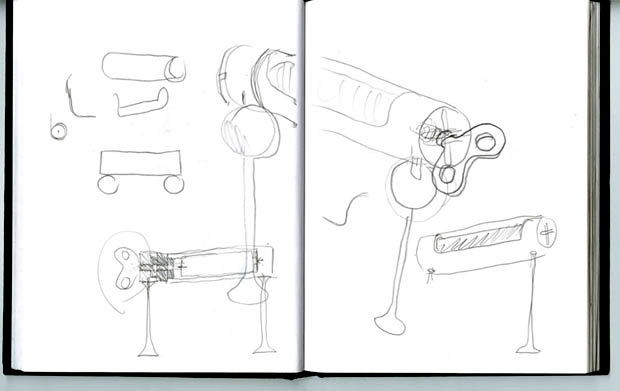 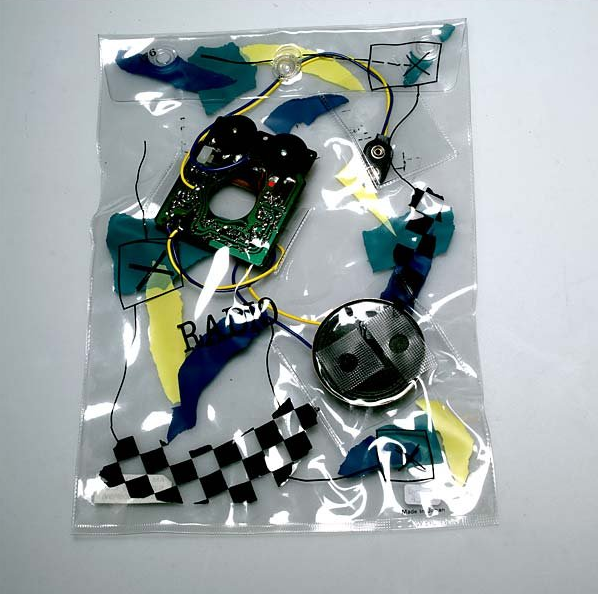 
above article and images via Pentagram