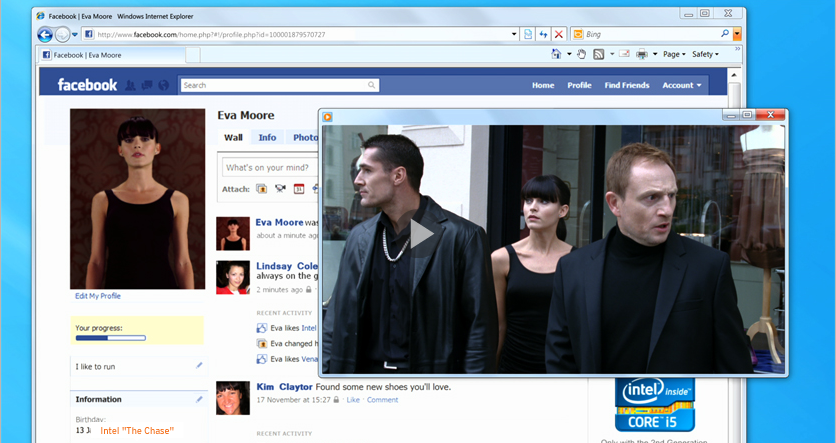 To build excitement around the 2nd Generation Intel® Core™ i5 processor, Intel launched this action-adventure video titled "The Chase." The spot demonstrates the performance capabilities of the new processors by creating an action-movie style chase sequence that takes place through a wide variety of program windows on a computer desktop.

Ad Age reports that "With 1.8 million YouTube views and its first entry onto the chart, Intel's "Chase" mini-movie makes it to the straight to the top for a good reason -- it's a great action flick with a sexy heroine and two leather-jacket-and-gold-chains bad guys. The campaign won 1.1 million views in its first week alone."