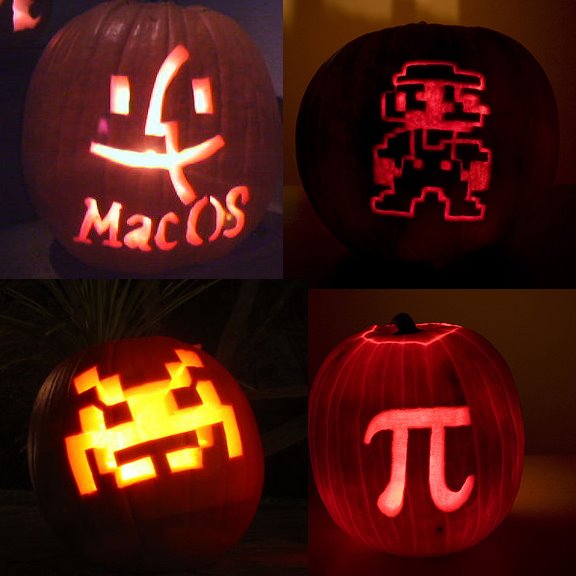 Above, clockwise from upper left: nerd pumpkins include a nod to Mac OS, Mario of Mario Brothers video games, The Pi symbol, and a Space Invader from the video game of the same name.

All Hallow's Eve (aka Halloween) always brings out the geek in everyone, especially when it comes to carving pumpkins. Being a geek myself, I carve my pumpkins each year in the shape of my dog (without a stencil), and turn them into Halloween cards, two of which are shown below. 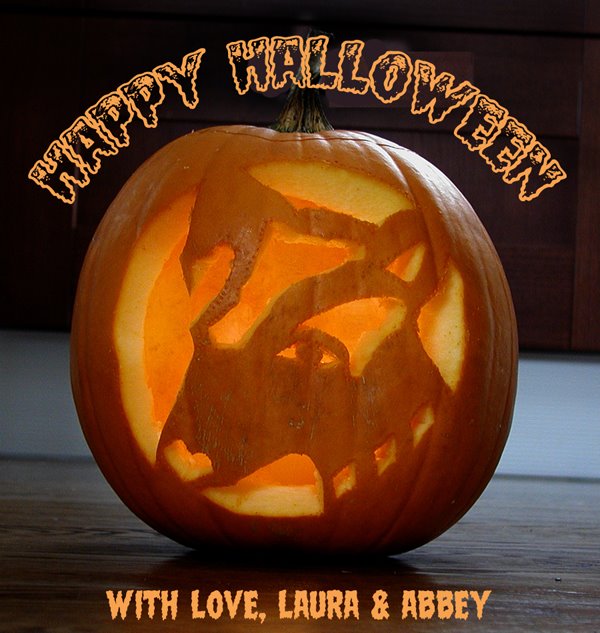 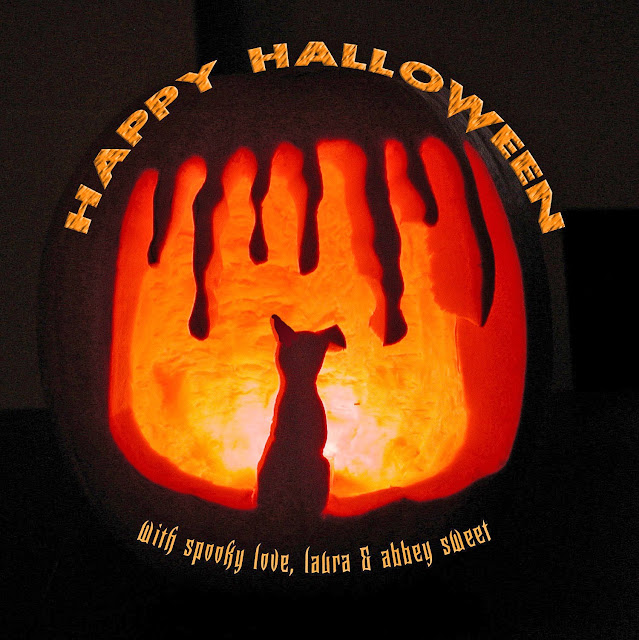 More and more carving pumpkins seem to be inspired by technology and sci-fi. Each year tons of pictures are uploaded to flickr, sent to Wired magazine and blogged about by tech nerds everywhere.

Below is an impressive collection 'Star Wars' inspired pumpkins from 2007 (you really should click on the image to enlarge it): 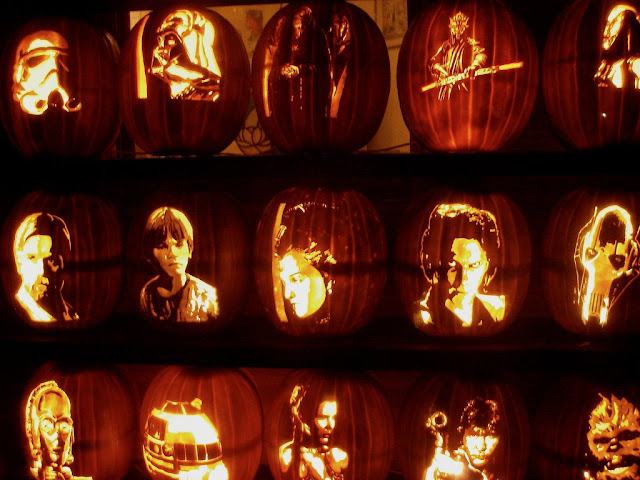 And , of course, the Death Star pumpkin: 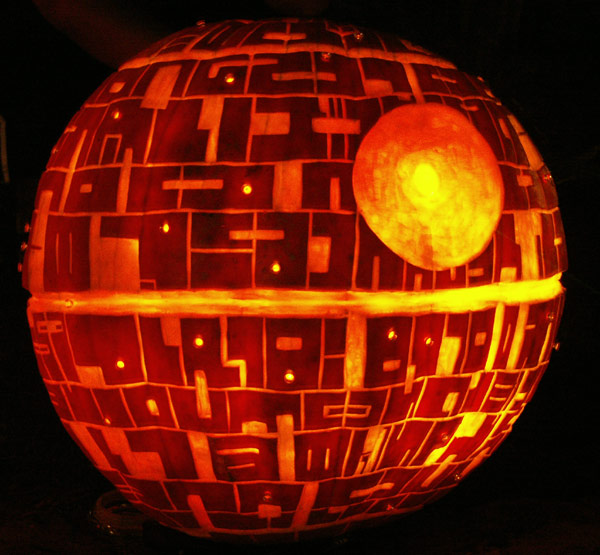 Wanna carve your own death star pumpkin? here's a tutorial for you.

I was sent a round up of carved jack o' lanterns that would appeal to the tech set, sci-fans or just plain 'geeks' from reader Eran Abramson that are worth taking a peek at. It's clear he found several from last year's WIRED magazines "show us your geeky pumpkins" contest (which, by the way, received over 2000 entries).

Why people are carving internet browsers and feed reader icons into pumpkins, I'll never know, but they clearly are: 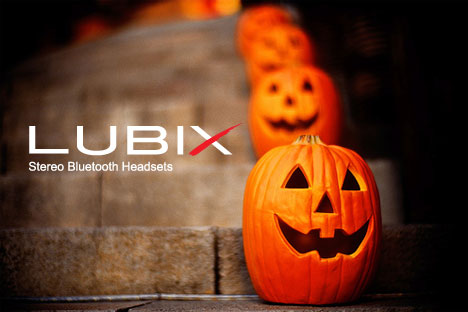 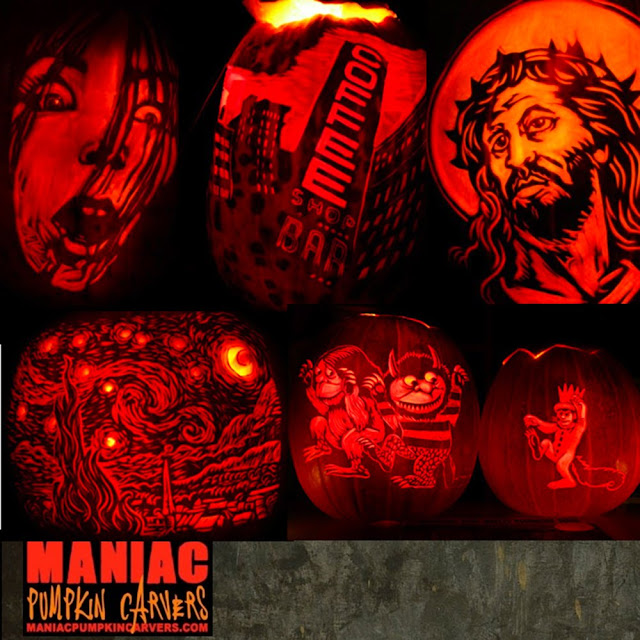 Maniac Pumpkin Carvers Are Sick. And A Successful Business. 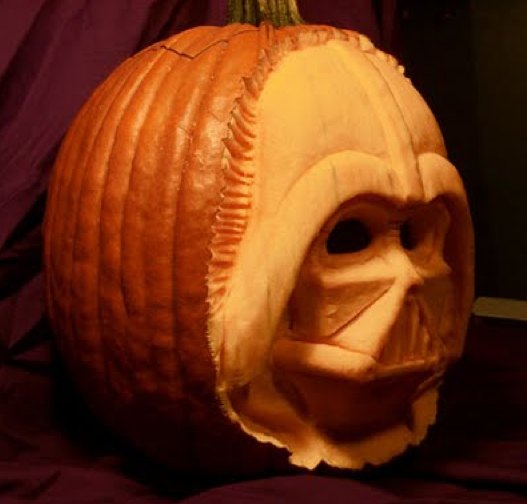