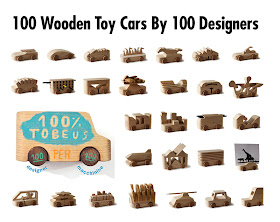 Matteo Ragni has gathered together 100 masters of design from all over the world including Karim Rashid, Marcel Wanders, Barber Ogersby, Fernando and Humberto Campana, Jaime Hayon, Fabio Novembre and Setsu & Shinobu Ito to name but a few. With these globally renowned designers and the support of Alessi, Ragni created “100% TobeUs: 100 designers for 100 new toy cars.” 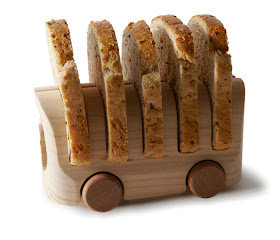 above: one of the more uusual wooden toy cars, Tomoki Azumi's 'Would You Like A Slice Of Toast?'

TobeUs was born as a result of a designer who had become a father and couldn't stand watching his own children captivated by toys just for a few hours and then destroying or growing bored of them. According to Matteo Ragni the easiest solution to this is to give children the possibility to 'love' an object.

To accomplish this, Ragni felt the right choice of material with a recognizable smell, an unquestioned resistance to impact and texting, and, ultimately, a dignified end: recycling or re-utilization was the way to go.

This is how the idea of TobeUs was born: toy cars made of cedar wood, strong and sweet-scented, beautifully and cleverly planned by skillful and passionate designers. 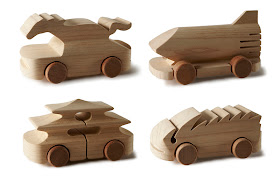 Some resemble architecture, others dinosaurs. Some are incredibly aerodynamic, while others have multiple angular components. And still some are inspired by present automobiles and others double as everything from pencil holders to puzzles.

Here are some of the more unusual examples from the collection of 100: 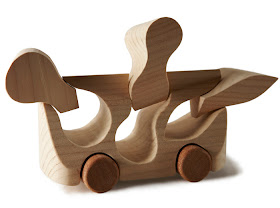 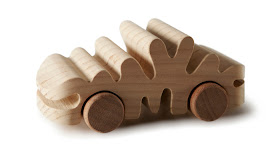 Marcel Wanders - Journey Of A Cedar: 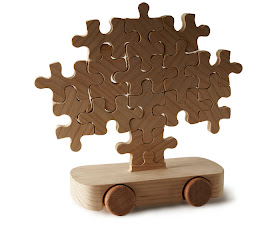 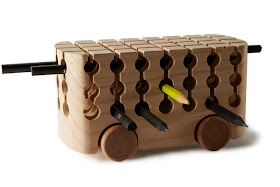 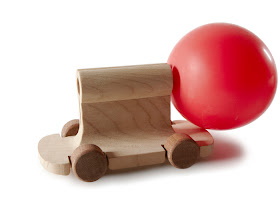 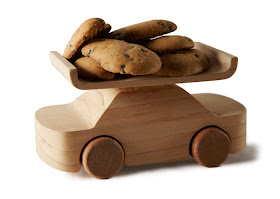 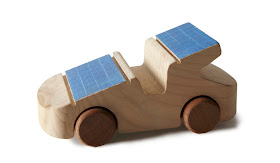 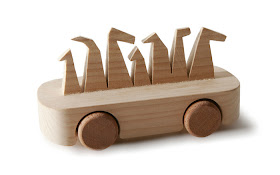 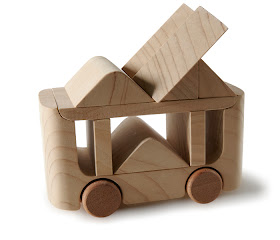 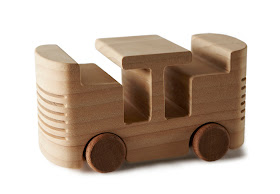 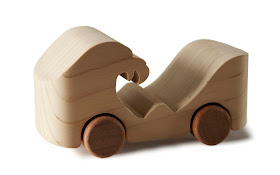 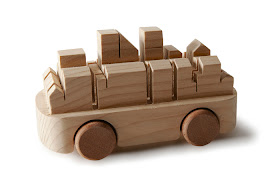 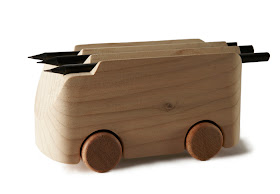 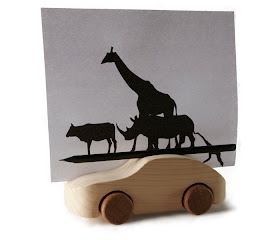 Since its inception, designers who wanted to draw their own TobeUs have multiplied. It seems that everyone has an idea for a wooden toy car. But the project has caveats - TobeUs is made by two cuts in a wooden stump that always have the same size, so it's a project and design exercise that imposes clear limits.

You can even try your own hand at it with a downloadable template: 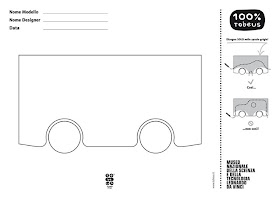 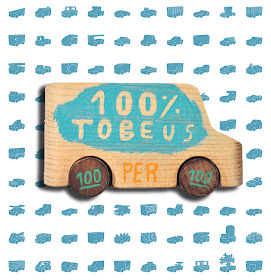